Learning to overcome anxiety is never easy, especially when you’re facing an audience of millions.

Twenty-one-year-old singer Danny hails from Northern Ireland where he often performs in pubs. Danny is a shy guy, preferring to stick to the small hometown places where he feels most comfortable. Yet when an opportunity to sing on BBC’s reality competition “All Together Now” came up, the lad knew he couldn’t let his anxiety win. 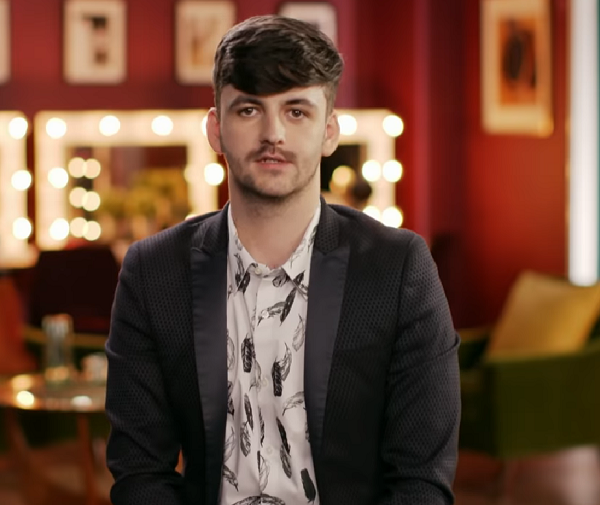 “I struggle with anxiety. It does hold me back from doing things in everyday life that other people could do regularly, but I love singing and I really can’t let it beat me,” Danny said earnestly, adding, “Coming to ‘All Together’ is really scary, but if I don’t take the jump, I’m going to regret it for the rest of my life.”

On the show, singers perform in front of 100 judges, including former Spice Girl Geri Halliwell. Performers must hit a target percentage of judges who vote for them in order to go on to the next round. As Danny took to the stage, the number he needed to hit was 43. He chose to sing the emotional show tune, “Bring Him Home” from “Les Misérables.” 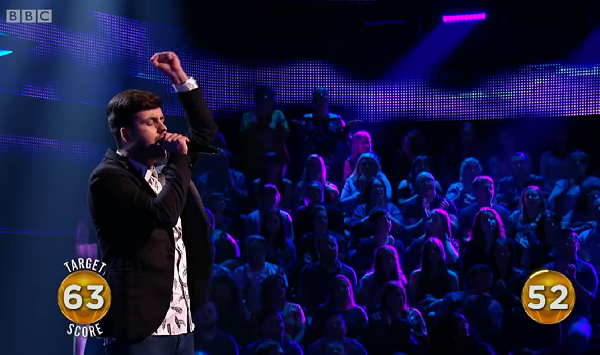 The moment Danny begins to sing a gasp can be heard around the room. His voice is clear as a bell and quite beautiful, doing justice to the song most recently recorded by Hugh Jackman. The 100 judges quickly began lighting up, but no one was more surprised by Danny’s voice than Geri.

Clutching her heart, Geri blurted out, “I did not expect him to sound like that!” Danny easily earned the confidence of the 43 judges he needed to get to the next round ⁠— and then surpassed that number for a grand total of 89! All of the judges had kind words for Danny, especially Geri who said, “You said the right word when you said ‘I hope you connect with it,’ because that’s what this show is all about, connecting.” 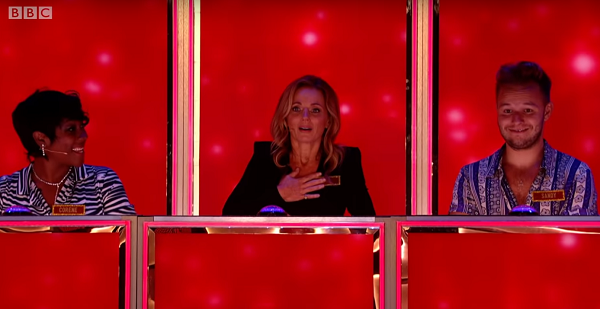 Judge Paulus has the reputation of being the tough “Simon Cowell” type, yet he was also feeling that connection to both the song and the singer. “It was really good, I enjoyed it very much,” Paulus said, choking back tears after admitting that the song meant a lot to him.

After moving on to the next round Danny continued to overcome his shyness and anxiety, singing “The Climb” by Miley Cyrus. Unfortunately, he just missed the mark and was eliminated… but at the end of the day, he still felt that he’d won. 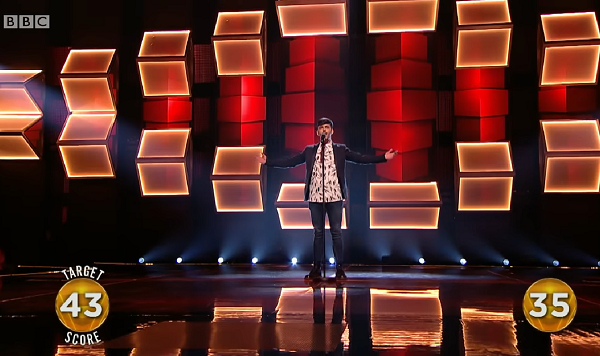 Danny is living and breathing proof that we can do anything we set our mind to. Sometimes, we have to get out of our own comfort zones in order to grow as people. Doing something that scares us can often be the best thing we could do. Well done, Danny!

Watch this shy young man overcome his anxiety to wow the judges in the video below, and don’t forget to share.