Stepping out in front of a large audience to showcase your singing voice is enough to make anyone’s palms sweat. But just imagine how much more nervous you’d be doing so with a speech disorder.

For Norbert Bondin, musical expression has been incredibly therapeutic — and in more ways than one. The 25-year-old has a stammer but says singing gives him confidence and even helps him speak more smoothly. That’s what gave him the courage to audition for BBC One’s inaugural season of “All Together Now” in 2018. 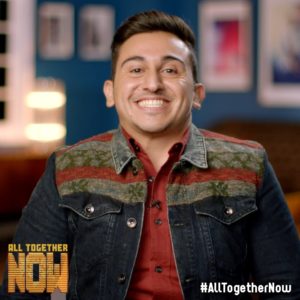 What sets this music competition apart from others is the fact that it has the biggest judging panel on TV. Music experts and singers from all over the U.K. make up “The 100.” If any of the judges like what they hear during an audition, they’ll stand and sing along. The more who stand up, the higher the contestant’s score. The ultimate goal is to get all 100 on their feet, and the winner takes home £50,000. 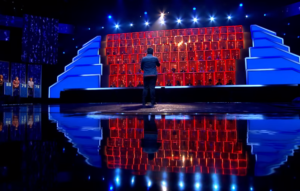 Norbert’s stammer made a brief appearance when he introduced himself to the panel. He was clearly very anxious at first, but all that washed away as soon as he let the music overtake him. 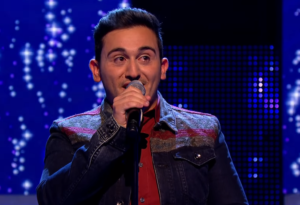 That stammer was nowhere to be found as Norbert crooned A Great Big World and Christina Aguilera’s “Say Something.” Within seconds, his clear, heartfelt delivery had the audience cheering. 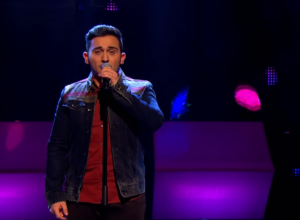 Then, one by one, the judges began standing, each of their backdrops lighting up. Norbert’s performance grew even more beautiful as the others joined in. Their collective voices rang out and blended together in a chill-worthy chorus. 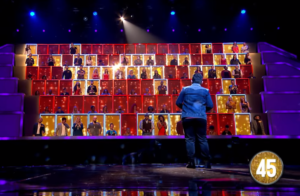 Nearly everyone on the panel stood up, though some couldn’t bring themselves to sing because they were too busy crying. They were witnessing something remarkable: a man overcoming his struggles. 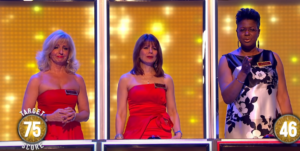 By the end, 92 of the 100 judges sang along with Norbert, giving him one of the highest scores of the night.

“Absolutely brilliant,” one judge gushed, marveling at how Norbert pushed through his nervousness and triumphed. “I just felt it with you.” 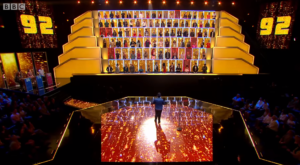 What an inspiration! While Norbert ultimately didn’t win the competition, he walked away with something much more valuable: the knowledge that nothing can hold him back as long as he believes in himself.

Watch the young man’s captivating audition in the video below, and share as a reminder to never give up on your dreams.