This season on Britain’s Got Talent, we’ve already seen some incredibly talented contestants. But no one has been quite as… unique as Matt Edwards.

Matt told judges that he is 34 years old and a magician. Since his audition was the last of the day, the judges were wiped out. No one wanted to sit through a bad magic act. Amanda audibly groaned at the word “magician,” and Simon shut his eyes, clearly ready to go home.

But Matt assured the judges that his act was different, describing his talent as “a little bit crazy.” Boy was he right. 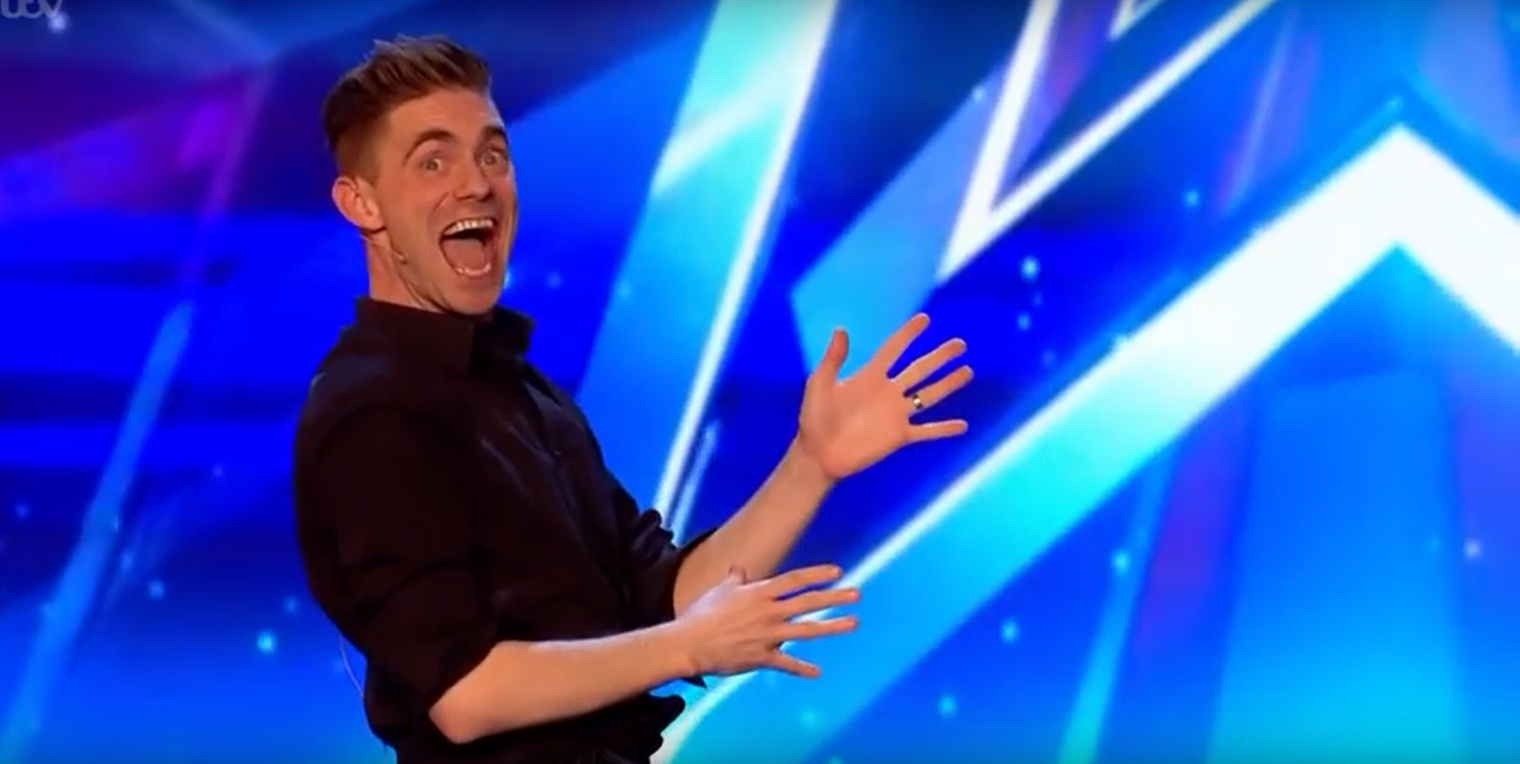 Matt gives a hilariously goofy audition. Interacting with the audience and making everyone laugh. But the real magic starts when he begins to prepare a tequila shot for himself.

He pours some salt on his hand… 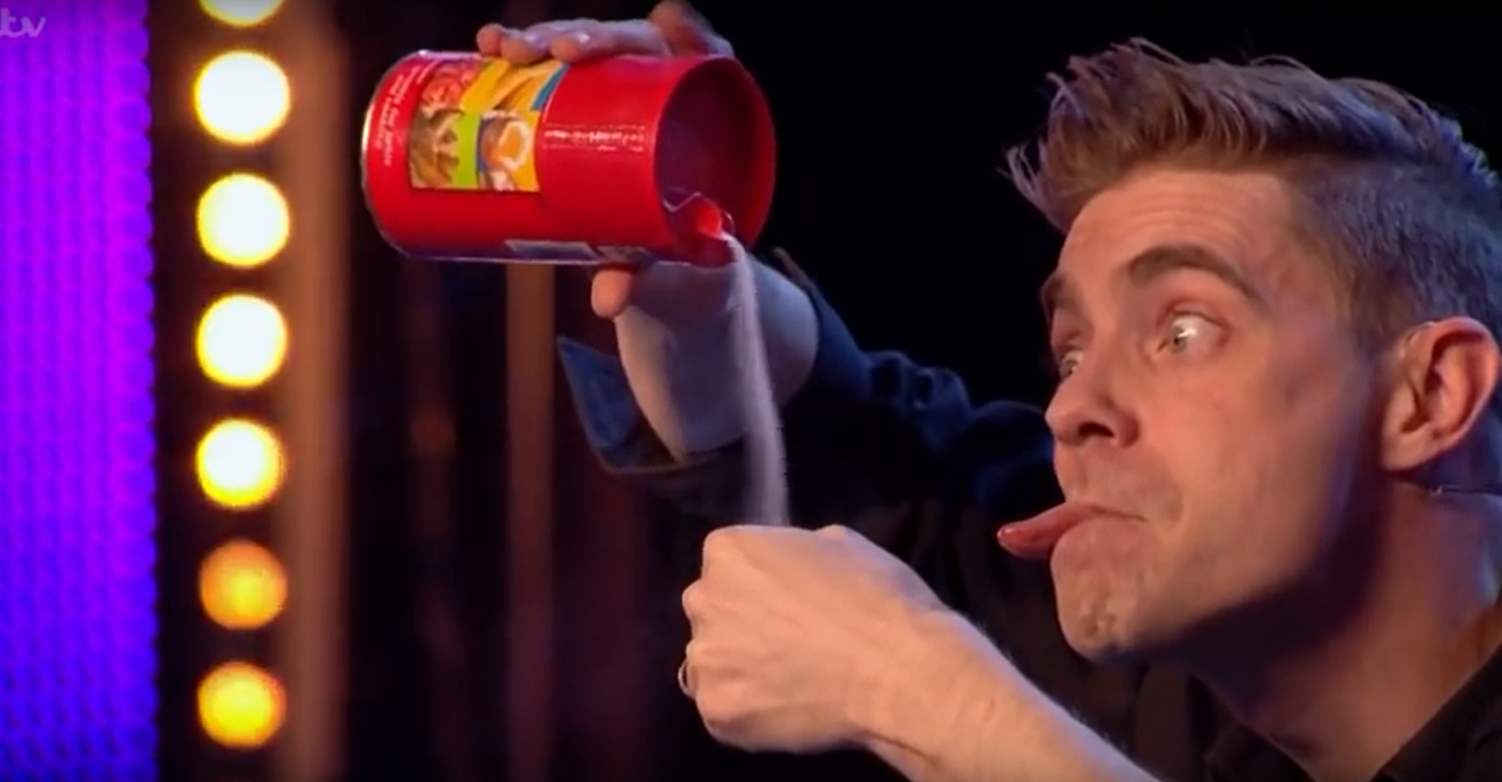 And then finds he can’t stop “pouring!”

Even though the judges weren’t amused at first, they end up all calling him brilliant.

But the best part of the video below isn’t even Matt’s act; it’s the emotional moment the MCs run from backstage to the judges table, shouting “He’s too good!”

The crowd chants as they approach the Golden Buzzer, and– when they hit it– Matt has the sweetest reaction ever.

It’s clear Matt is a quirky, different person… but this is his moment to shine. And it’s truly beautiful.