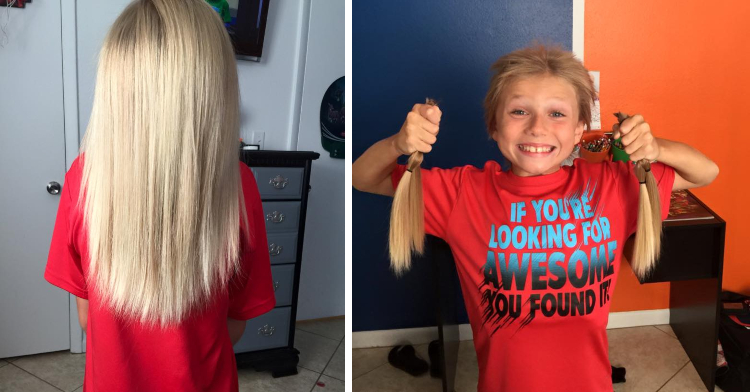 If you asked Deeanna Thomas to describe her son, Christian McPhilamy, she’d use the words kind, compassionate, and strong-willed — especially when it comes to helping others.

In fact, the boy from Melbourne, Florida, was just six years old when he set out on a mission to improve other kids’ lives. In 2012, he saw a commercial for the St. Jude Children’s Research Hospital that left a mark on his heart. It featured children who’d lost their hair to cancer. 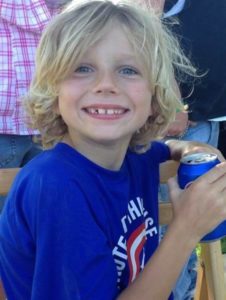 Those images stuck with Christian, even prompting him to do some online research. He came across a charity that provides wigs to children suffering from hair loss. Deeanna explained to him that people can donate their hair to help make the wigs, and the idea stuck. So, for the next two and a half years, Christian grew out his hair to do just that. 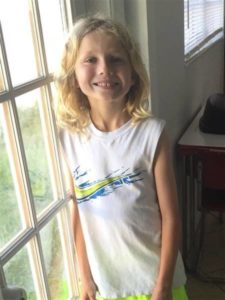 The process wasn’t easy. As the boy’s blonde locks reached farther down his back, so did the attention he received. It wasn’t all bad, though — his friends and teachers were very supportive. But some of his peers began calling him a girl and a few adults even mistook him for one. Other people even offered him money to cut his hair. It all made him feel “not very good,” he said. Still Christian refused to let the comments get to him. His mission was much more important. 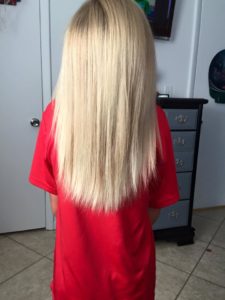 And it was all worth it in May 2015, when the then eight-year-old’s hair measured the required 12 inches for donation. With his parents’ help, he sectioned it off into four ponytails… 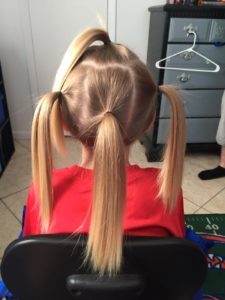 …and finally cut them off! 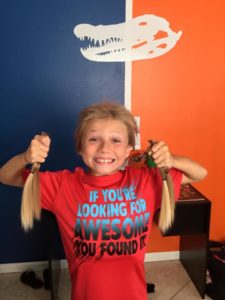 Christian packed them carefully in separate baggies, then mailed them off to Children with Hair Loss. The Michigan-based charity gives kids ages 2 to 21 a free hairpiece every year so long as they have a documented medical condition. Thanks to Christian’s and others’ persistence, their donations will ensure the charity can continue. 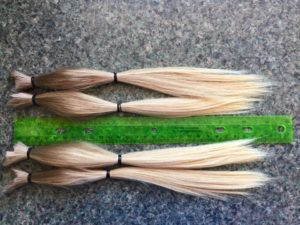 “I am so very proud of my son,” Deeanna wrote on Facebook. “He has done a beautiful thing. He amazes me everyday with the little to the big.”

These days, Christian sports a short cut, but who knows? He may decide to make another donation in a few years. Either way, this is a kid who clearly cares about other people and as such, should be celebrated for his huge heart! 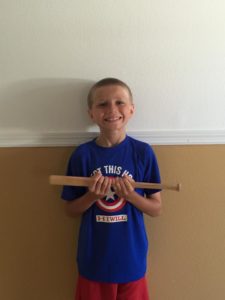