With so many talented competitors on this season of “Britain’s Got Talent,” it’s hard to pin down who will come out on top.

And the new addition of boy band Chapter 13 — comprised of Jacob Swann, Noah Key, Tom Abisgold, and Jake Slack — isn’t helping. The four teens, all between the ages of 14 and 15, met while performing in London’s West End musical “School of Rock.” Their shared love of music is what inspired them to form a band together — and try their luck at fame. 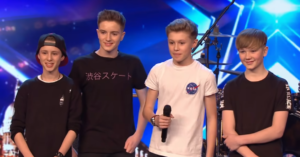 Before Chapter 13’s audition began, Simon Cowell commented on how great they look together. But they sounded even better when they started playing, performing a medley of Stevie Wonder hits with a stage presence far beyond their years. 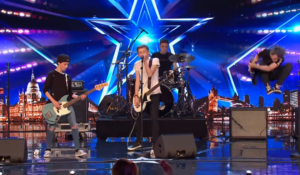 Not only did Tom shine with his clear, powerful voice… 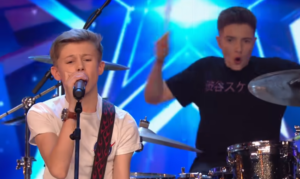 …but each of the boys proved themselves as gifted musicians who work extremely well together. 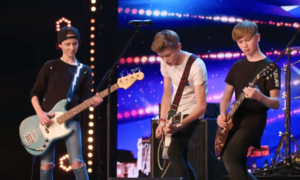 The audience, presenters, and female judges couldn’t help but clap and sing along to their infectious beat while Simon Cowell stared, grinning. By the end, Jacob, Noah, Tom, and Jake had everyone smiling and cheering. 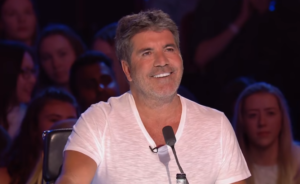 “I honestly can say I don’t think I’ve ever seen four young musicians so together,” Judge Amanda Holden gushed. “I just think you are absolutely incredible and now you’ve just got to win the whole show.”

Then she proceeded to smack her golden buzzer — the last of the year! After being showered in gold confetti, Chapter 13 was showered with even more praise from the other judges.

“Honestly the musicianship I just saw was outstanding,” Alesha Dixon said. “Your skill level is so impressive.”

David Walliams called their performance “refreshing” and “brilliant,” while Cowell added he could see kids watching and saying, “‘I would love to be in that ’cause that is more fun than being at school.'” 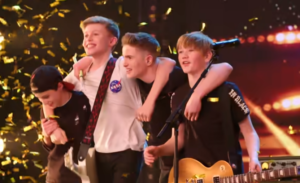 Whether they win the competition or not, it’s clear this band is going places! If you think they sound great now, imagine how much better they’ll get in the future. Good luck, boys!

Watch Chapter 13’s entertaining audition below, and share to show your support as they advance to the semi-finals!