One of the best parts about being a kid is how easy it is to find happiness and joy in the simplest of pleasures.

It’s something Dave McPartlin and his students revel in every day. While other educators worry about test scores, the head teacher of Flakefleet Primary School in Lancashire, England, believes the children he teaches have much more important things to focus on — a sentiment that clearly shined through in their April audition for “Britain’s Got Talent.” 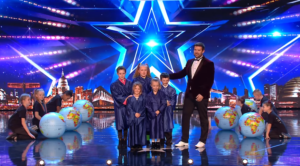 Dave also leads the school’s choir, which is comprised of kids ranging from 4 to 11 years old. They’ve only been singing together since September, but they already bring something very special to the table. In fact, they gave one of the most adorable and fun performances the judges have ever seen. 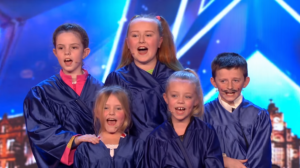 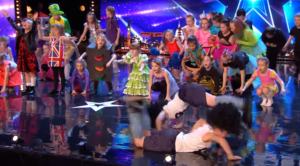 More children ran out on stage in funky costumes, carrying props and wearing cut-outs of the judges’ and presenters’ faces in the embodiment of the song’s best-known lyrics: “having a good time.” 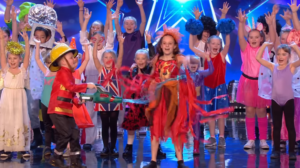 And Dave wasn’t just cheering them on from the sidelines. He was right there with them, dancing along and following the choreography they all produced together. 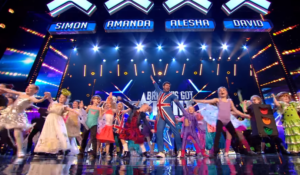 The charming group had the audience clapping and cheering while the judges grinned and giggled the whole time. Amanda Holden could not stop cackling. 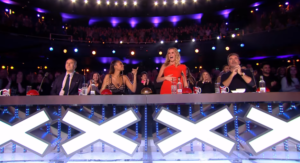 By the time the song finished, most of the judges were tearing up. The audition reached David Walliams on an even deeper level, though. He could be seen openly crying as he applauded the group. 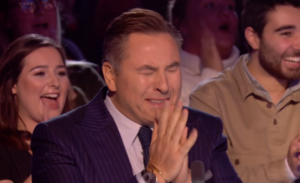 “You are so important to kids this age,” Simon Cowell told Dave. “Your joy that you radiate is infectious.” 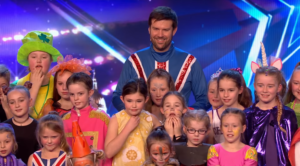 That’s when Walliams hit the first golden buzzer of the 2019 season, sending the Flakefleet Primary School choir straight through to the semi-finals! 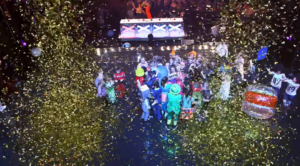 What these kids represent is something many search for their entire lives: pure happiness. There’s no question they deserve their win. We can’t wait to see more of their sweet faces and wish them the best of luck in the competition!

Watch as these precious children inspire everyone with their feel-good audition in the video below, and share to spread the joy.