Ask any teenage girl to name her favorite part about going to prom and chances are she’ll tell you it’s getting all glammed up — and, of course, finding that perfect dress.

That’s why when Mikayla Lewis’s younger sister, Courtney, offered to design and make the 18-year-old’s dress herself, she hesitated to agree. “My first reaction was like, ‘I don’t want to be mean and say no, so I’m going to say yes. But I will have a back-up plan of buying the dress,'” Mikayla said. 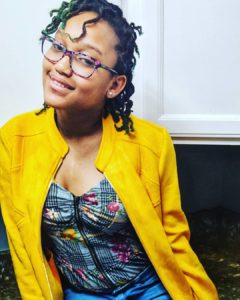 The sisters’ mom Crystal says Courtney had never sewed anything before that. But the 14-year-old does study technical design and production at Duke Ellington School of the Arts in Washington, D.C. And with the help of family friend Syreeta Herber, who owns Syreeta C Fashion, Courtney was confident she could pull it off. 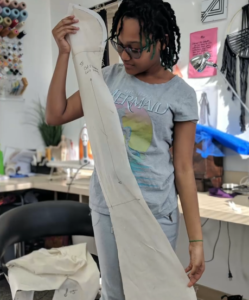 The teen spent the next five months and hundreds of hours putting together a floor-length sequin gown, for which Mikayla had helped pick out the fabric. 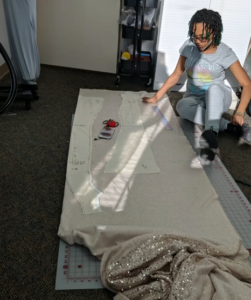 Syreeta was there every step of the way, guiding Courtney through the process. “I’ve mentored her a bit previously and I was so proud of how she was able to work through it,” she said. 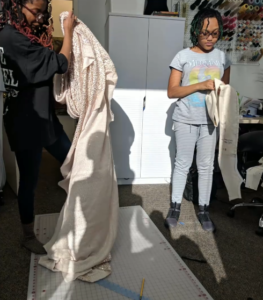 And when it came time for Mikayla’s big night, she couldn’t have been happier with the finished product. She looked absolutely gorgeous in her one-of-a-kind dress, and said she “felt like a princess.” 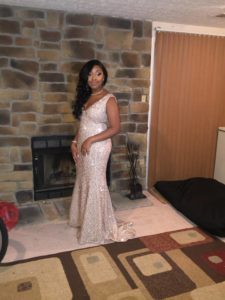 The color, the back embellishments, the train… everything about the glittering gown complemented her perfectly. 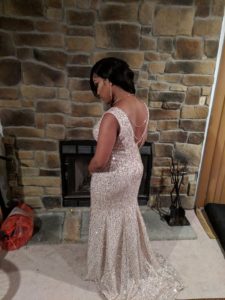 Even Courtney, who designed the dress herself, was stunned by the result. “I saw her in the dress and, honestly, I thought that I was going to cry a little bit,” Courtney said. “Because I was like, ‘This is what I made.'” 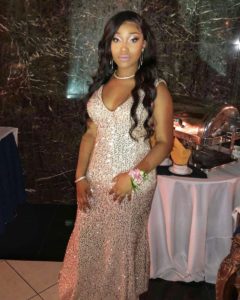 While Crystal loves the dress just as much, she’s even more impressed by the sweet bond her daughters share. Not every teenager willingly hands over control of her prom dress to her little sister, after all.

“When Courtney offered to make the dress, and Mikayla said yes, I couldn’t have been more proud. It was truly a testament of the bond the girls had formed over the years. I felt relieved that I knew how much they meant to each other. It gives them a story to tell for years to come.” 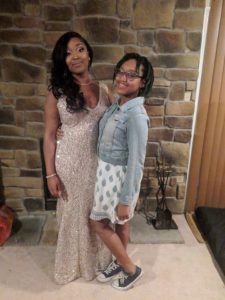 Courtney’s dream career is designing doll clothes, though she’d undoubtedly excel at designing regular-sized attire as well. Either way, there’s going to be a lot of success in her future. In fact, she’s already gotten at least 50 requests for custom gowns after Crystal’s photo of Mikayla’s gown went viral on Instagram!

Share this story to show the world what a talented designer this young lady is.