We all make mistakes. It’s part of the human experience. But what’s most important is that we learn from them and never stop trying to better ourselves.

That’s the lesson single mom Marianne hopes to teach her 12-year-old son. And part of that includes setting a good example by admitting her wrongdoings — and struggles — to Rhode Island Judge Frank Caprio on the show, “Caught in Providence.” 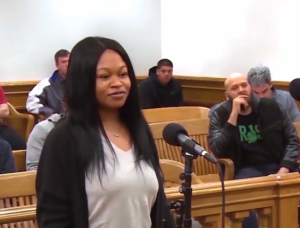 Recently, Marianne appeared in Providence Municipal Court to answer for a traffic violation. She was caught rolling through a red light. As Marianne explained, she’d been on her way to school, sparking a conversation with the judge about her background. 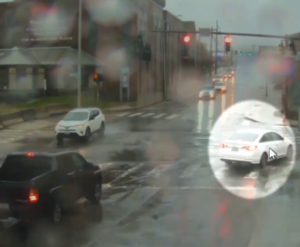 Currently, Marianne is studying criminal justice at the Community College of Rhode Island. Ultimately, she wants to become a police officer. But the road there has been tough. She had her son while she was in high school. But she still graduated in 2012, after which she had to take some time off to care for him. This year, though, she was ready to jump back in and further her education. Marianne had to, she said, for her boy.

“So, if I gave you a magic wand, and you could wave the magic wand, what would you want for your career?” Caprio asked. 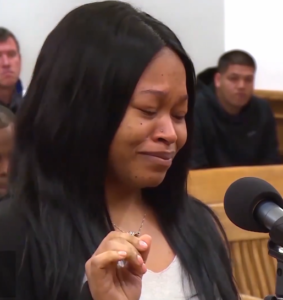 That, she said, was the driving force behind her decision to go back to school, because “I have to show him that you can have mistakes in life but it’s up to you to better yourself.” 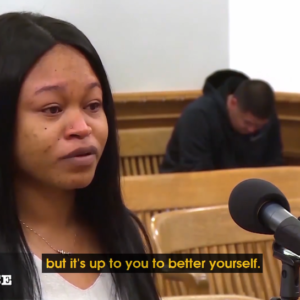 Caprio, famous for his compassionate rulings, had already planned on dismissing the charge. But if he hadn’t, Marianne’s heartfelt words would have been all he needed to do so. 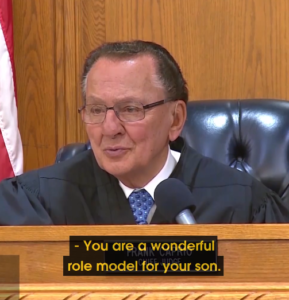 Marianne says she wants to be a better role model for her son, but as Caprio and the rest of us know, she already is. Striving to be the best parent you can be for your children is its own kind of heroism. Every kid should be lucky enough to have a mom like her who always looks out for the best interests of her children. Good luck, Marianne! We know you’ll become an officer soon.

Watch as Marianne inspires everyone in the courtroom below, and share to celebrate all the hard-working moms out there who do everything for their kids!

I want to be a better mom!

Can a single mom, who had a child in high school, finish school and become a role model for her son?

Posted by Caught In Providence on Wednesday, July 24, 2019