We don’t often find ourselves being praised for committing traffic violations. But sometimes, certain cases call for special treatment.

Take Joseph Upton, for example. The nearly 90-year-old recently appeared before Judge Frank Caprio in Providence Municipal Court on the show, “Caught in Providence” after he was pulled over for speeding. But Joseph’s reason for doing so touched Caprio’s heart — and practically demanded immunity. 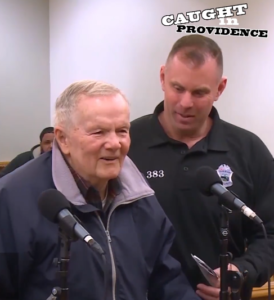 Inspector Carrigan stood next to Joseph, who is hard of hearing, as he explained the motivation behind his lead foot. He had been driving his 87-year-old wife to the hospital, he said, “So I guess I speeded up a little or something, I don’t know.” He added it must be around 30 years since he’s gotten a speeding ticket. 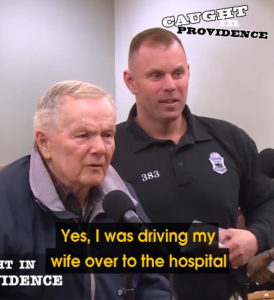 Caprio couldn’t help but smile at Joseph’s dedication and worry for his partner. Rather than interrogate or admonish Joseph, he instead asked how long they’d been together (67 years) and how many children they had (three). “Now, do your children know that you’re becoming a hot-rodder?” Caprio joked as Joseph laughed. 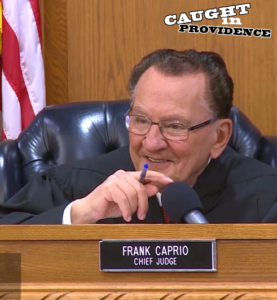 As for Joseph’s punishment, Inspector Quinn was ready to let him off with a warning. After all, the old man had been taking his wife to the hospital. 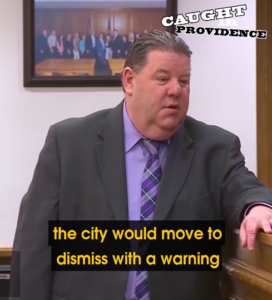 But Caprio had a better idea — 20 years of probation, after which the future 110-year-old would have to appear back in court. “Yeah, I’ll probably make it,” Joseph said, chuckling. “No problem.” 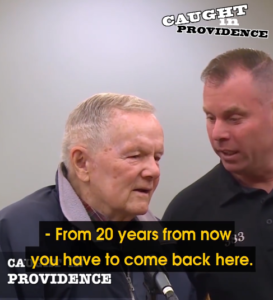 Then Quinn came to Joseph’s defense, pointing to his Boston Red Sox hat and saying he’s just impressed Joseph “actually did happen to stick around long enough to see the Red Sox win not one but four World Series.”

Caprio replied that may be impressive, but what he’s really impressed with is the fact that Joseph is “still taking care of his wife at 90 years old” and after more than 60 years of marriage. Then he proceeded to dismiss the case. He couldn’t penalize the man for caring about his wife. 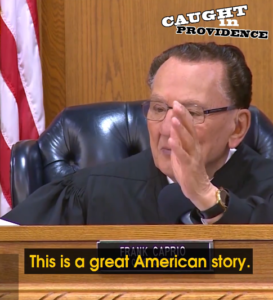 Isn’t Joseph the sweetest? We’d do the same in Caprio’s shoes. Here’s to as many more years of love and care as Joseph and his wife can get! Hopefully, though, it won’t involve any more speeding.

Watch as the adorable old man talks his way out of court in the video below, and share to spread some smiles!