Any cat owner will tell you that the personality of the pet varies from breed to breed and cat to cat. So it’s not surprising that a kitty mom or dad would want to prepare a sitter for what to expect, and especially, how to tell their pets apart.

But sometimes, their descriptions are so hilarious (or so hilariously accurate), that it’s something you just have to share with the world. This was exactly the case for a Tumblr user named Amanda, so she posted about her experience cat-sitting for a friend.

How accurate? So much so that there was practically no way Amanda could get any of the four cats confused. 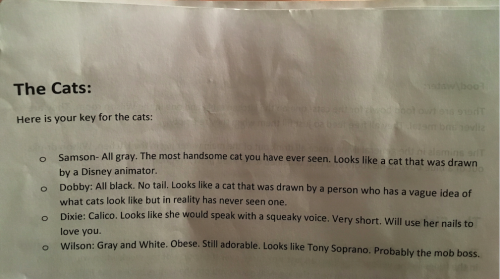 Amanda posted the “key” online, along with a photo of each cat, demonstrating just how spot-on her friend was with the hilarious descriptions.

Samson: All gray. The most handsome cat you’ve ever seen. Looks like the cat was drawn by a Disney animator. 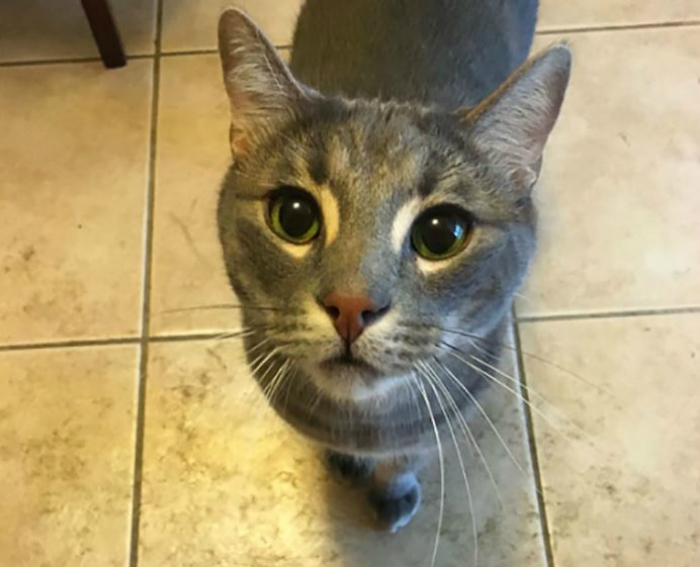 Dobby: All black. No tail. Looks like a cat that was drawn by a person who has a vague idea of what cats look like but in reality has never seen one. 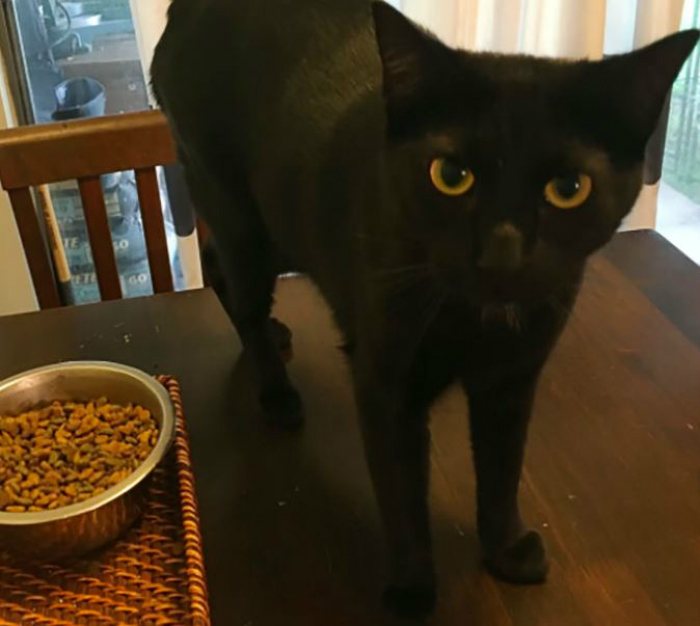 Dixie: Calico. Looks like she would speak with a squeaky voice. Very short. Will use her nails to love you. 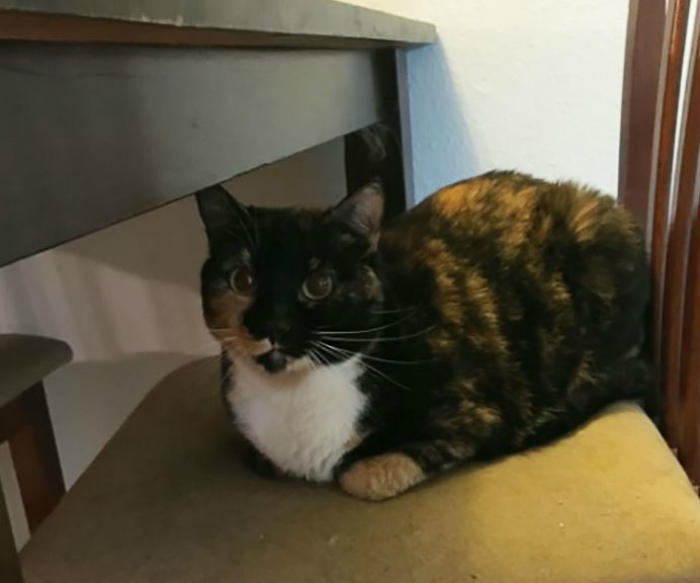 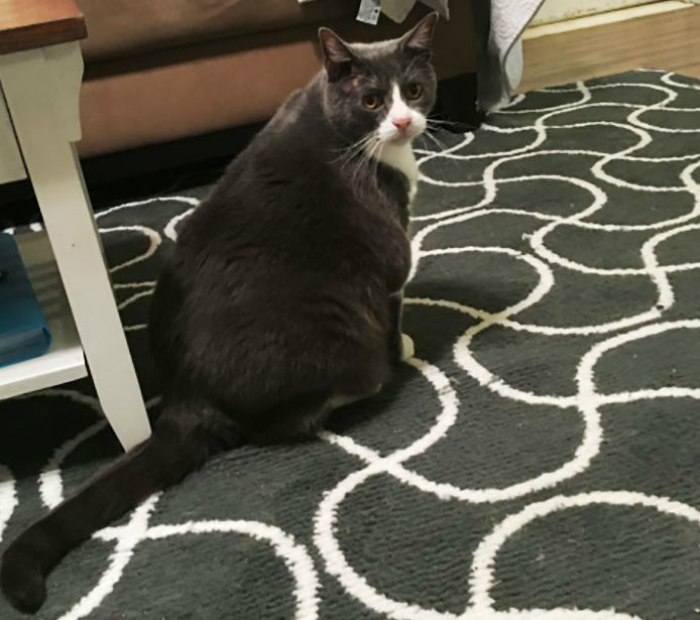 These descriptions are too funny! How would you describe your pets to a sitter?