So we had to put a cone on my dog again. My cat loves it pic.twitter.com/UqSvwuGSGA

There are few things more embarrassing for your average canine than having to wear the so-called “cone of shame.”

These giant cones fit around a dog’s neck after they’ve suffered an injury or undergone surgery, keeping the animal from licking or otherwise disturbing the wound by limiting their mobility above the neck. People have giggled over these silly-looking contraptions for years, but a recent video shared by Twitter user Klutch has the internet literally laughing out loud. 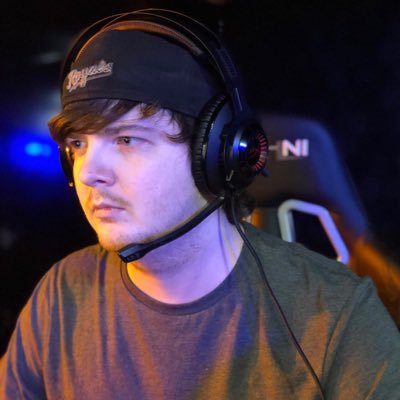 “So we had to put a cone on my dog again. My cat loves it,” Klutch wrote as a caption to the eight-second video he uploaded one evening. The video is incredibly short yet undeniably hilarious; it shows a big yellow lab sprawled out on the living room floor as his family watches television. The dog is indeed wearing a large plastic cone, and the cat is clearly very curious because he’s kneading the hard plastic cone like he’s a champion biscuit-maker about to go pro. 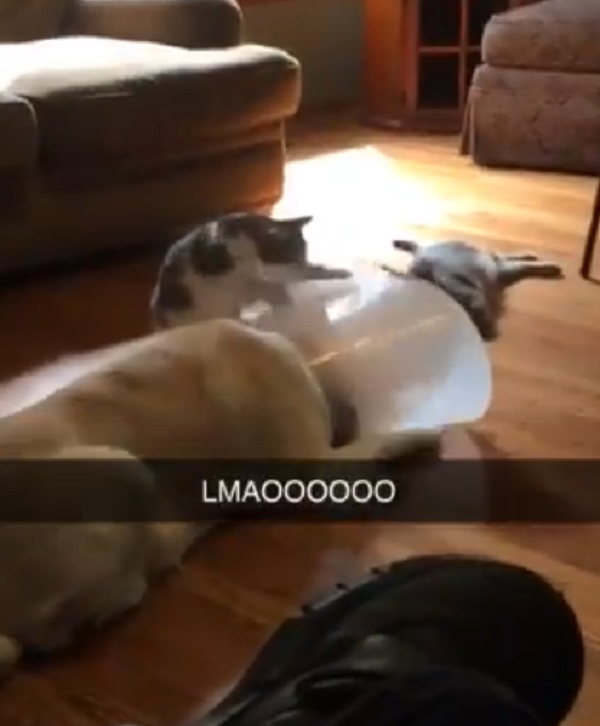 The cat industriously scratch-scratch-scratches the cone and the long-suffering dog just lies there and takes it. At the very end of the clip he finally has had enough and rises to his feet, and you can tell he’s thinking, “Really, cat? Really?!”

We doubt Klutch had any idea that his short video would strike such a nerve online, but within two days the clip had been viewed over 11 million times! Soon he had to share an update with cone dog’s devoted fan base. 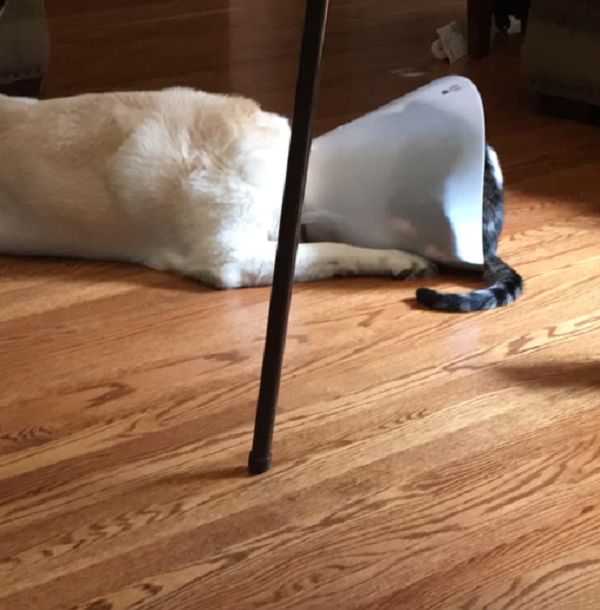 “Pt. 2,” he captioned the second photo. In this image we see that the cat is no longer content to merely scratch the cone; she had to actually get inside it with the dog to check things out firsthand. Typical cat, right? As more and more people viewed the video and photograph, Klutch sensed it was time for a third and final update on the cat’s cone fascination.

This picture is our favorite one of all because come on. Aww! “Update: they still like the cone,” he wrote two days after the video went viral. 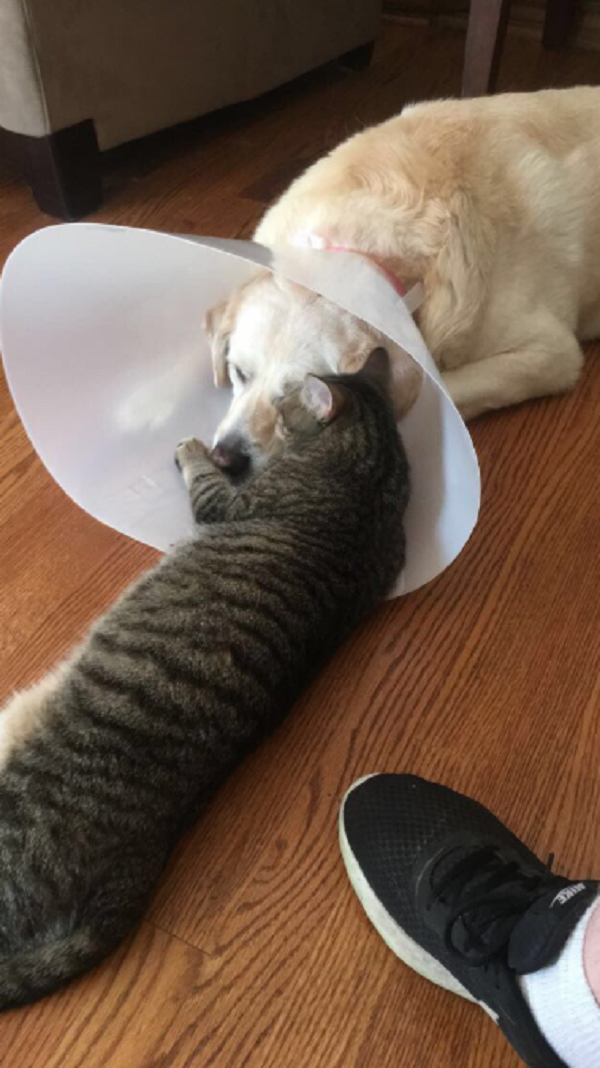 These two are clearly best friends… best friends who like to torment one another every chance they get! There’s just something about the indifferent way this cat is scratching his BFF’s cone that is seriously funny.