For decades, Byron Woods has been giving second chances to people most business owners would turn away.

Byron has been cutting hair since 1991 and owns three salons in Columbus, Ohio, where he welcomes anyone and everyone. From always being there for his clients to working in prison ministry, Byron has spent his life showering his community with kindness. So, when the barber fell on hard times this year, they knew it was their turn to come through for him. 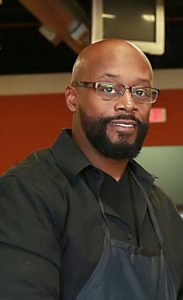 COVID-19 forced Byron to close the doors at Oohs and Ahs Hair Design, Oohs and Ahs Lab, and Oohs and Ahs VIP. As a result, he’s suffered at least a $30,000 loss in revenue, but still has to pay $5,000 a month in rent. Byron feared he’d lose his businesses for good. This didn’t sit right with the people who know and love him, especially after everything he’s already been through. 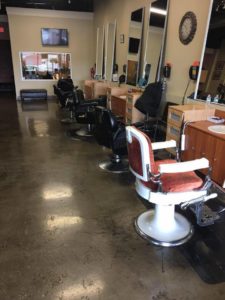 Fifteen years ago, Byron was the victim of an armed robbery. Shot multiple times, he was given days to live. But he somehow managed to pull through after months in the hospital.

Byron has also helped convicted felons get back on their feet after prison, giving them jobs when others refused. This shutdown didn’t just affect him; he worried his stylists wouldn’t be able to find work elsewhere. 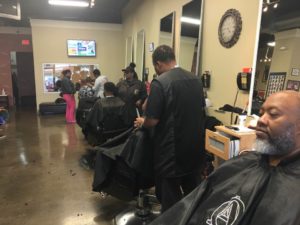 In May, The Columbus Dispatch covered Byron’s hardship in its online publication, writing that the barber was “hoping for another miracle.” And incredibly, it came. Byron began receiving a flood of mail from friends and strangers alike — with checks inside. One came from a retired teacher who wanted to use her stimulus check to help someone in need.

“I am so impressed with and thankful for your giving nature, for all you do for others. And for making ME happy,” she wrote in an enclosed letter. 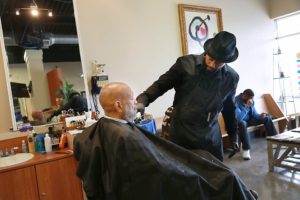 Byron has since received thousands more, including donations made to a fundraiser on GoFundMe! So far, the page has raised over $9,000.

“The money is going to help me help others, but it’s their words of kindness in these letters that got me,” Byron said. “This shows the spirit of giving is transferable. It’s a tough time for sure, but it’s igniting people to be selfless.”

What a beautiful way to repay Byron’s kindness! While he reopened his salons on May 15, only a few of his stylists have felt comfortable enough to come back in. He still needs all the help he can get, so feel free to donate here.