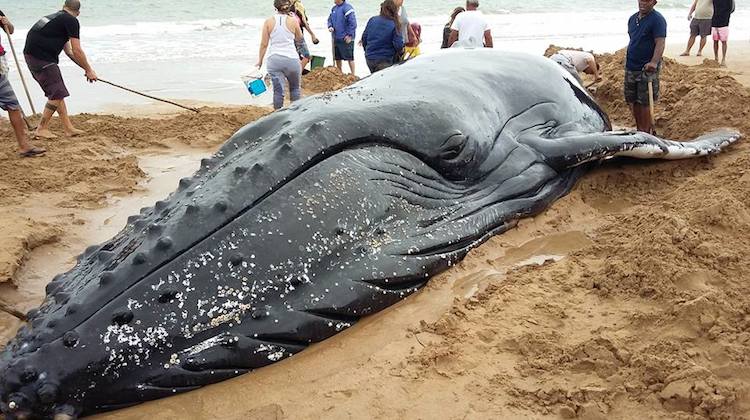 A life was in the balance.

Hundreds of people gathered on a Rio beach this week to rescue a beached humpback whale calf from certain death. The 32-foot baby, estimated to weigh more than seven tons, found itself unable to escape the shallow waters when the tide began rushing out to sea. 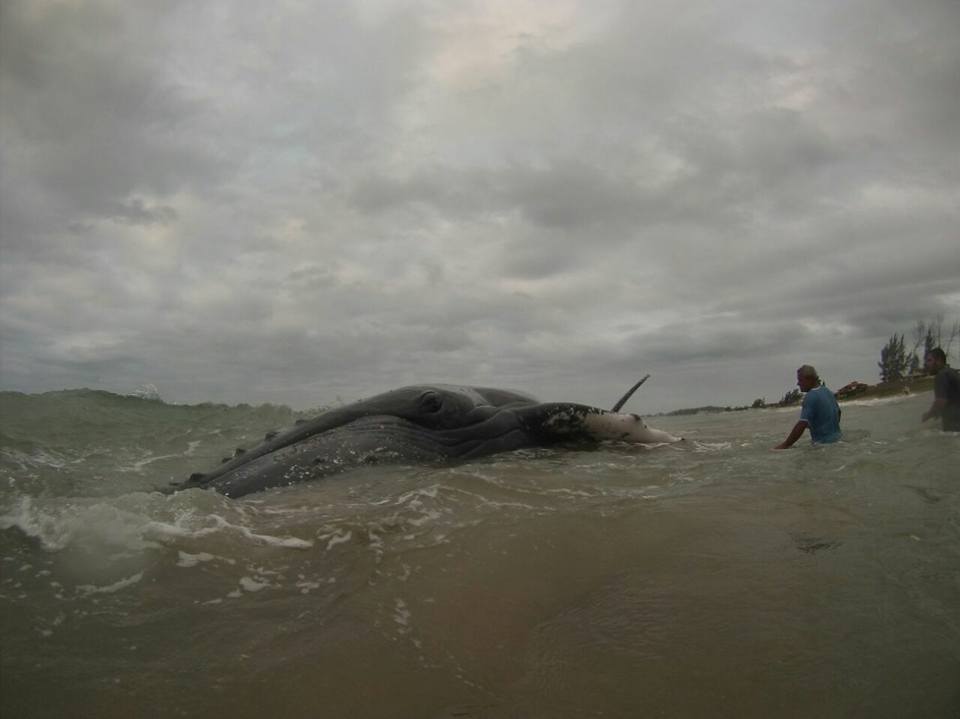 The whale was stranded at the world-famous Praia da Marina beach in Búzios, Brazil, late Wednesday afternoon. Dozens of people spent the night digging a channel to the ocean with shovels, while others doused the gigantic mammal with sea water to keep its skin from drying out. 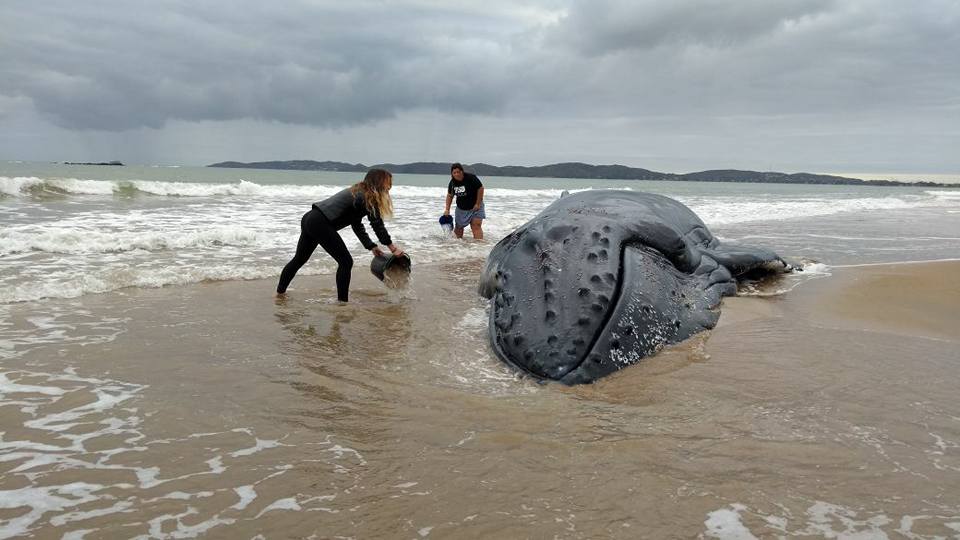 The next morning, a nearby marina dispatched one of their backhoe excavators to help complete the channel for the whale once high tide returned.

During low tide, Good Samaritans formed a human assembly line from the water’s edge to the whale with buckets to ensure it stayed wet. 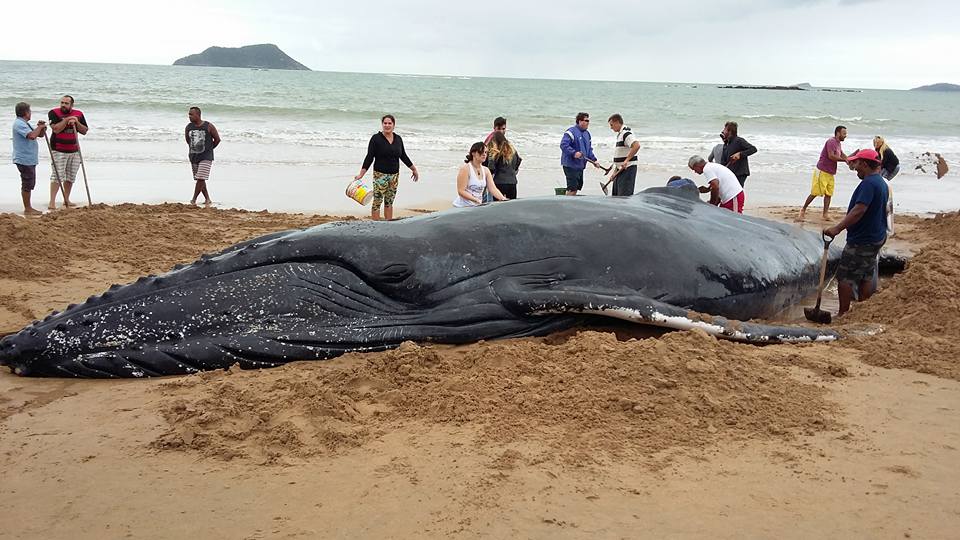 A few hours later, hundreds of people gathered on the popular beach to watch and cheer on rescuers.

The tide finally returned and good samaritans gave one final push to save the giant animal from a slow and painful death. 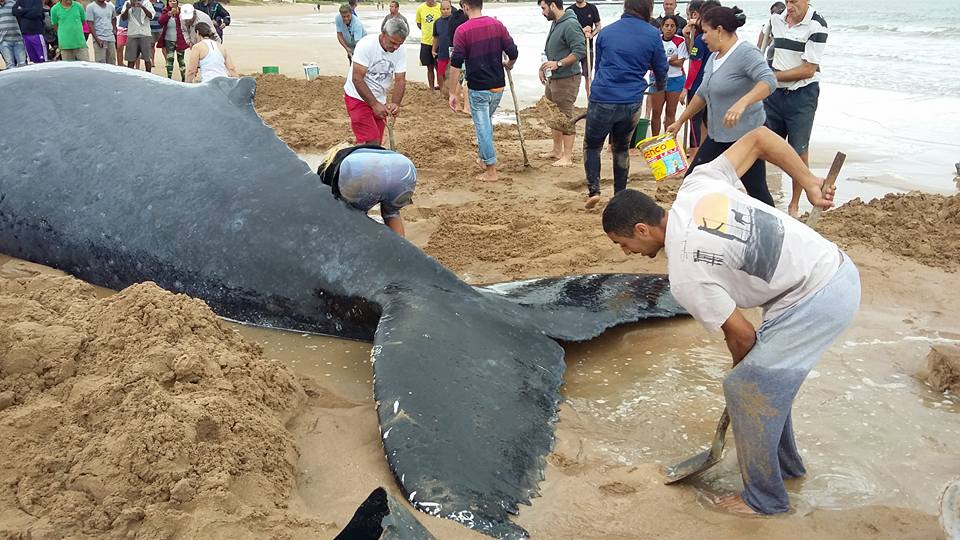 With the help of the excavator, rescuers were able to put the whale in a giant sling and hoist the animal back into deeper waters. The crowd cheered and watched with tears in their eyes as the majestic creature sprung to life in the ocean. 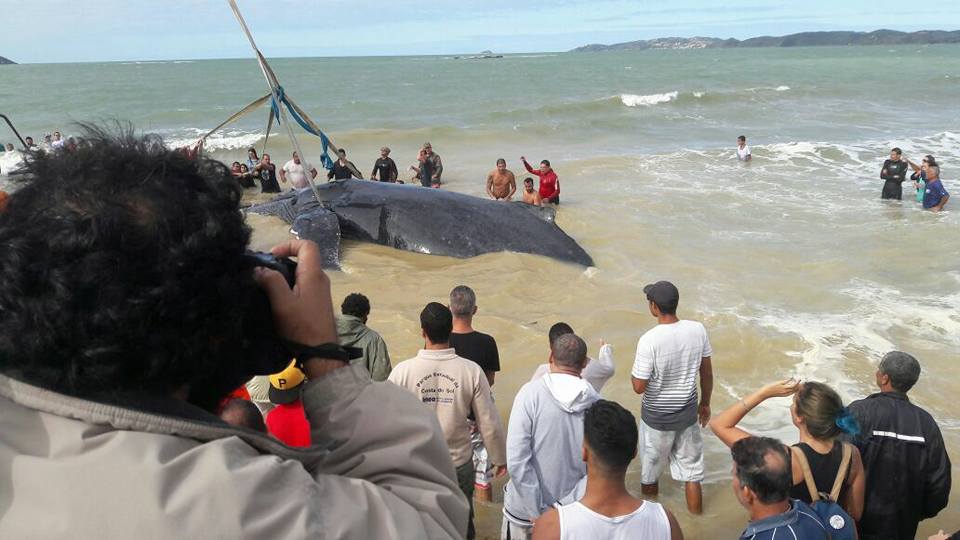 When the sea pup finally recovered, it waved its fins and tail as if to say ‘thank you’ to the faithful, big-hearted people that saved its life. Check out the moment this little (big) beautiful animal was set free in the video below.

If only we as humans would come together for each other like these kind souls did for this whale, this world would become a much brighter place overnight.