Captain Billy Norris encountered many stray animals during his deployment to the Republic of Georgia in 2017. But there was only one he couldn’t get out of his head — a dog who desperately needed love and care.

“When I found him, a car had run him over and his front right leg was snapped,” the Marine recalled. “He was in very bad shape, and the injury was a few weeks old so he was dragging his broken leg on the ground with his bones exposed.” 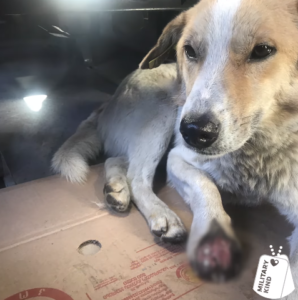 Norris and his comrade initially traveled the hour back to their Marine unit, but the dog’s plight tugged at his heart so much he ended up going back to help. He took the dog to a local veterinarian, who told him the poor thing would have died from gangrene in another week. The vet ultimately decided it would be best to amputate the injured leg… 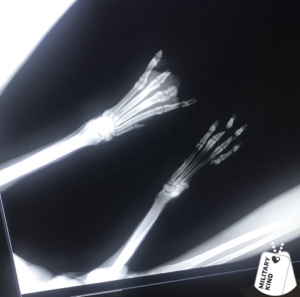 …and afterwards, the change in the dog’s demeanor was like night and day. You wouldn’t know the pup had lost a leg just going by his happy, playful spirit. 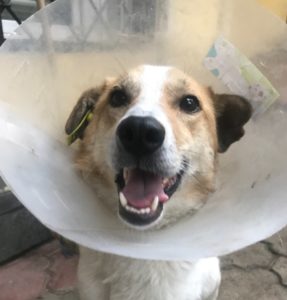 Norris aptly named his new friend Lucky, and in the following months, the two became inseparable. When the time came for Norris to go home, he knew he wanted to bring Lucky with him. 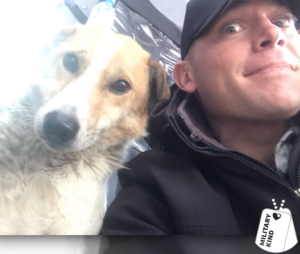 The only problem? Getting Lucky out of the country and flying him to Florida would be tricky. While Norris met all the requirements to bring the dog into the U.S., United Airlines, his only option for flying, had suspended all pet travel aboard their planes. So he turned to GoFundMe, hoping to raise the thousands it would cost for a pet relocation service. 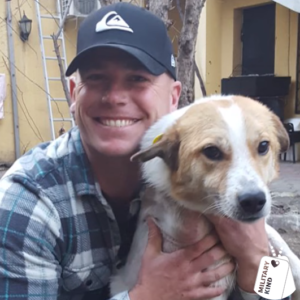 Thanks to the outpouring of support from other dog lovers and owners, Norris raised over $2,500 before he got even better news. Puppy Rescue Mission, a Texas non-profit dedicated to helping troops rescue animals they meet while serving, contacted the Marine and offered to help!

In April 2018, Lucky flew from Tbilisi, Georgia, to Bonita Springs, Florida, where he reunited with his best friend. 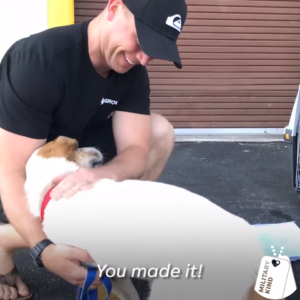 Now this three-legged cutie can rest easy knowing he’ll always be taken care of. Enjoy your new home, Lucky! You deserve it! 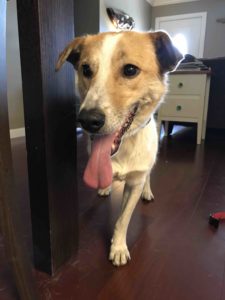 Learn more about how Norris turned Lucky’s life around in the video below, and share with other pet parents who’d do anything for their furry friends!

This Marine captain couldn’t forget about the 3-legged dog he helped while deployed, so he found a way to bring him home. ??