At the Wild Action Zoo in Victoria, Australia, a baby kangaroo suddenly found himself part of a cuddle session after two baby emus moved into the zoo and instantly became BFFs with with the young joey.

The day-old emu chicks – named Edi and Eli – were rescued by zoologist Chris Humfrey to save them from feral foxes after their mother abandoned their nest. At their new home, they met and quickly bonded with their older brother, an eight-month-old Kangaroo named Reuben. 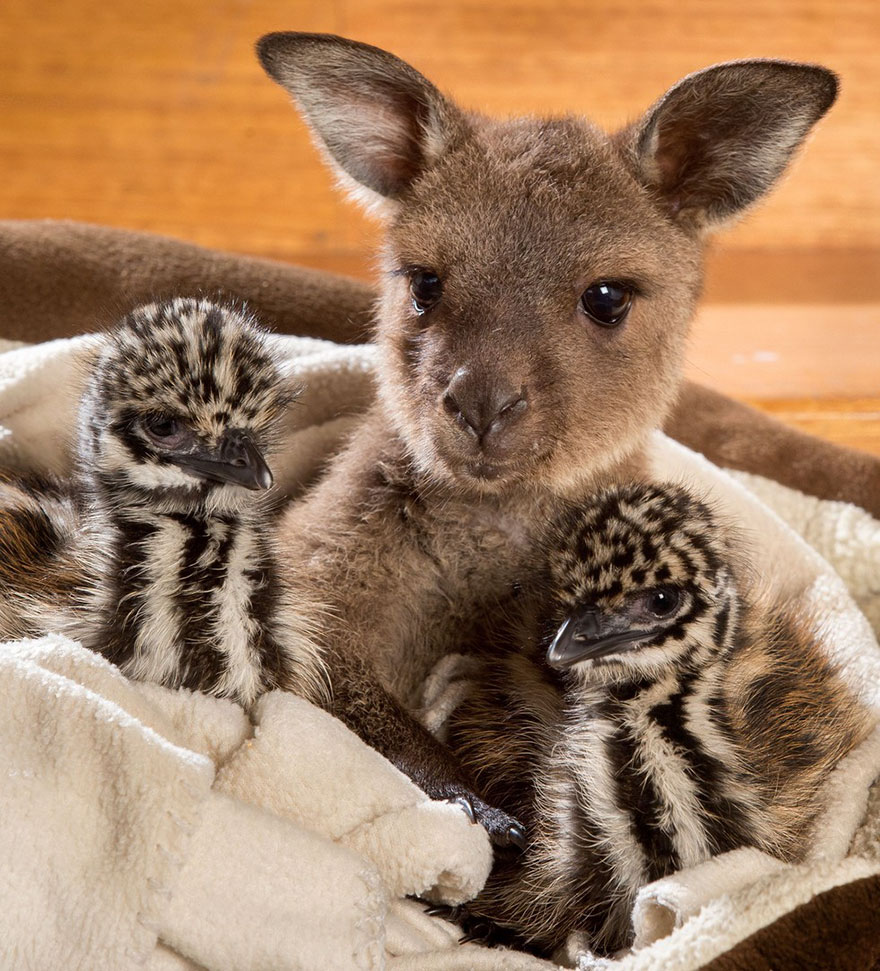 We have so many wild feral foxes in Australia. The father emu ‘Elvis’ would not have been able to protect the chicks from being eaten at night’, Humfrey told BuzzFeed. ‘Now these bundles of fluff sleep next to my fireplace… they all live quite happily together’. 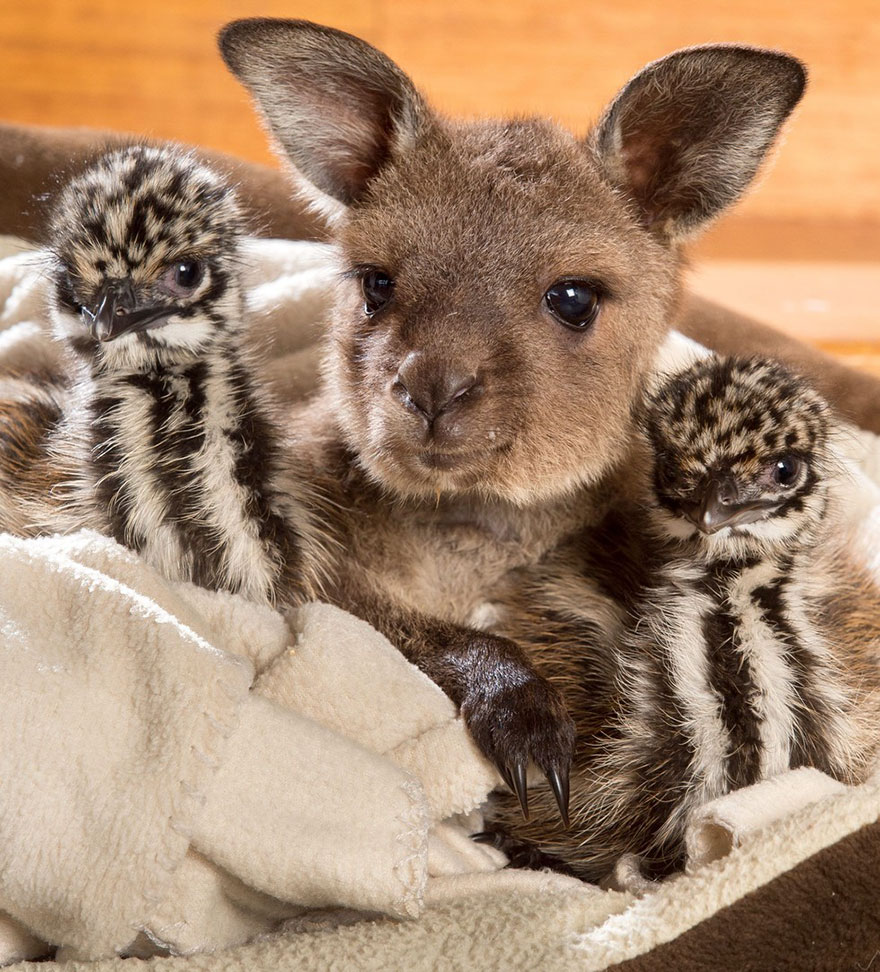 Humfrey adds that the emu siblings will be brought back to their parents when they’re bigger. They are just a little too small and exposed to live in the wild for now. Hopefully all three of these buddies of them won’t be too grown up for cuddles with each other when that time to go back into their natural habitat comes. 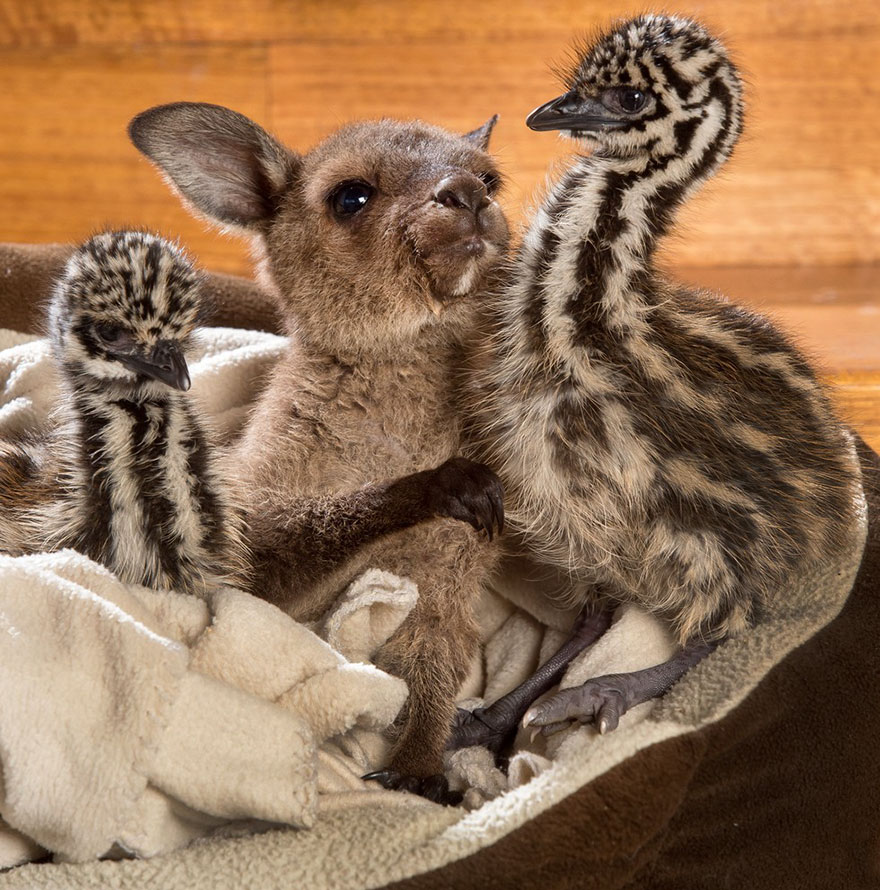 Aren’t these little guys just the cutest? Talk about a cuddle sandwich. 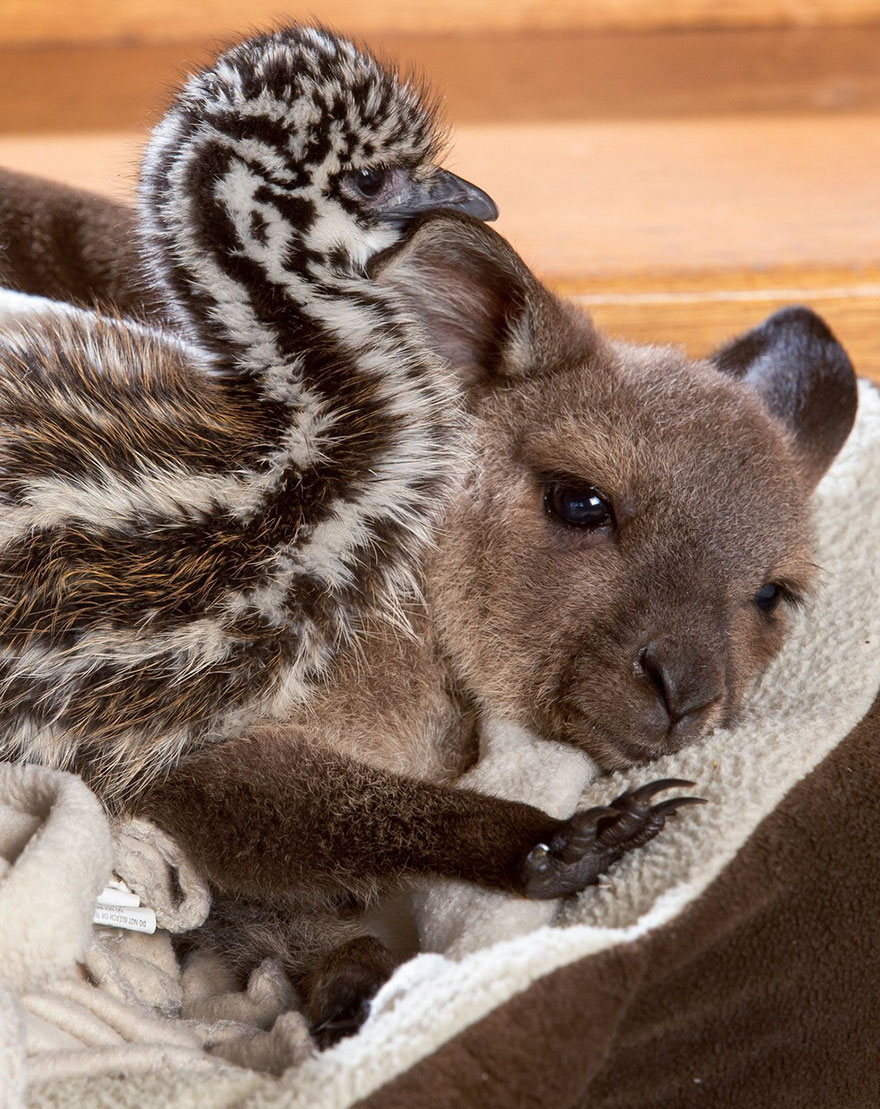 I mean really, does it get any better?

Police Crack Up After Apprehending “Cleanest” Criminal Ever Hiding In Bathroom.

When you're a police officer, you just never know what to expect on any given day on the job. Police in Washington County, Oregon showed up in response to a frantic...