Saying goodbye is never easy, especially when it means leaving behind a little boy whose life revolves around you.

In 2012, Ellie was diagnosed with breast cancer. Always an optimist, she decided to fight the disease with all her heart so that she could continue to care for her young son Jalen. After battling for several years she was discouraged to learn that she also had a brain tumor and would soon have to start making end-of-life plans. 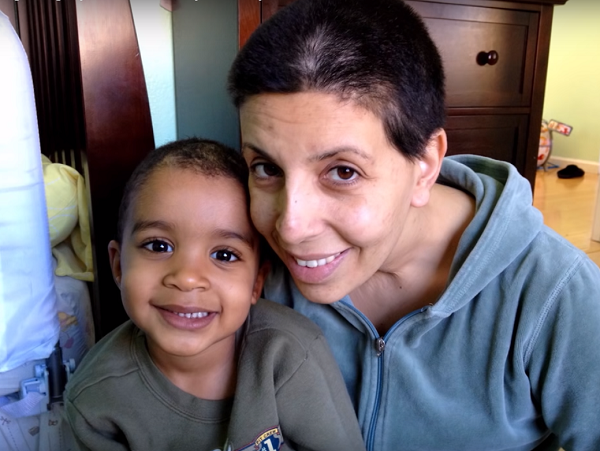 Ellie began working with producer and director Justin Baldoni on a documentary special that would serve as a legacy for Jalen. She filled her final weeks on earth with love, friendship, and as much time with her son as she could physically handle. She found an inner peace about her own mortality that is truly beautiful to behold, yet for those who will be left behind the pain and heartbreak will never fully go away. 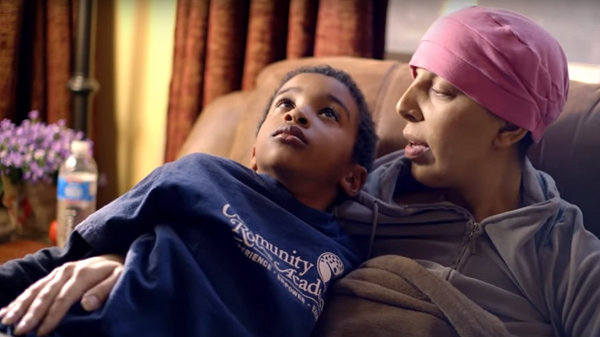 Naturally, Jalen was broken-hearted over his mother’s imminent passing, so Justin decided to surprise them both with a visit from one of their favorite musicians. Ellie and Jalen both love the music of Andy Grammer, the 35-year-old artist whose songs “Keep Your Head Up” and “Honey, I’m Good” launched him into stardom.

Jalen and Ellie loved watching Andy on season 21 of “Dancing With The Stars,” and since Andy is a personal friend of Justin’s he made a call and had Andy show up to surprise the family during Ellie’s last days. The second Jalen opened the door he was star-struck in the sweetest way! 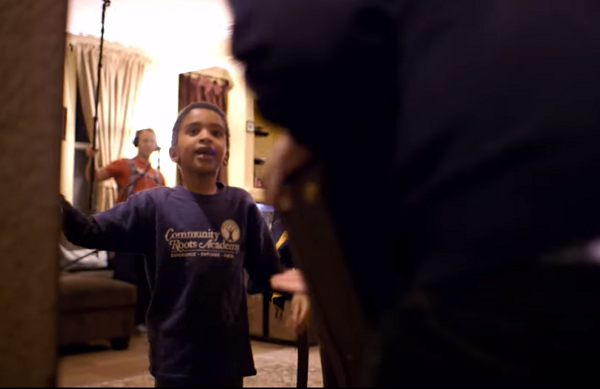 Andy lost his own mother to breast cancer in 2009 and the wound is still incredibly fresh. When he heard that Jalen was losing his mom at such a young age it tugged on his heartstrings. He showed up, guitar in hand, ready to share a beautiful original song that he’d written just for the grieving child.

The song is called “Ellie.” 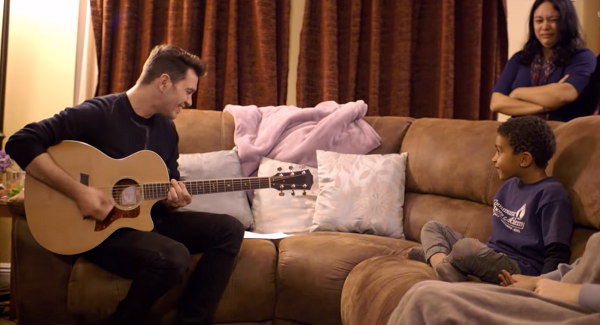 “I wrote you a song. Because I lost my mom too. This is a song for when you really miss her a lot, you should sing this one,” Andy told Jalen.

The song is short and sweet, and by the end, the little boy couldn’t help but snuggle up to the singer so that he could read the lyrics and sing along. Ellie couldn’t help but laugh as she watched her son get goofy with Andy. 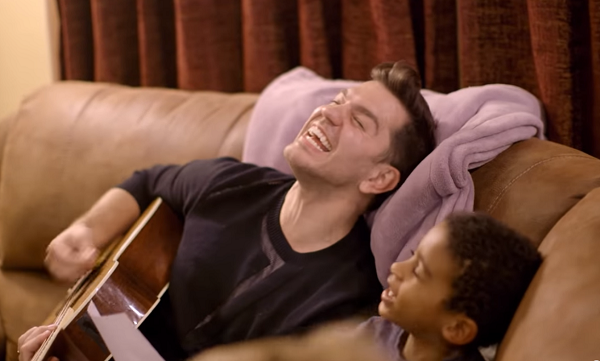 No one in the room could stop weeping as they listened to Andy’s sweet words for Jalen. Even more incredibly, Andy told the boy afterward, “We’re friends now, okay? That’s how this works. So if you ever get sad and the song that I wrote doesn’t work, just give me a call and we can talk about it.”

What a comfort those words must have been for Ellie! Knowing that her friends, family, and even a celebrity like Andy will be looking out for Jalen after her death must have been a tremendous weight lifted from her shoulders. “There’s no words, honestly, so thank you. That was amazing. That’s something that he has forever.” 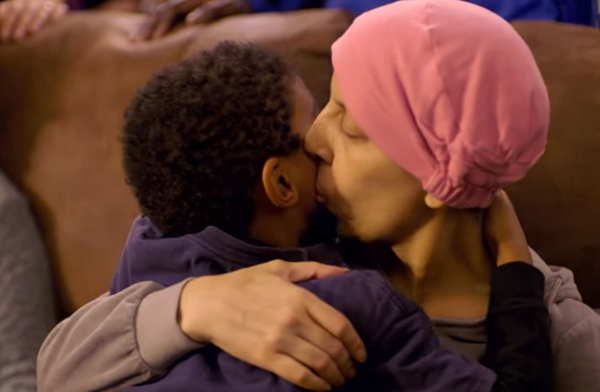 Sadly Ellie passed away not long after this video was recorded, but her memory lives on in Jalen and her other loved ones. She’s right, too; Jalen will always have this moment with his mother, and he’ll always have a song written just for him by someone who has walked in his shoes and gone on to live a fulfilling life. Thank you, Andy, for giving this sweet boy such an incredible gift.

Watch the video below to hear Andy’s song for Jalen and Ellie and don’t forget to share.