No matter how big of a superstar you may be it’s important to take the time to recognize your fans.

Cristiano Ronaldo is a professional soccer player who is known all over the world for his talents on the field, as well as his kindness off the field. The Portuguese athlete currently plays as a forward for Italian club Juventus and captains the Portugal national team. 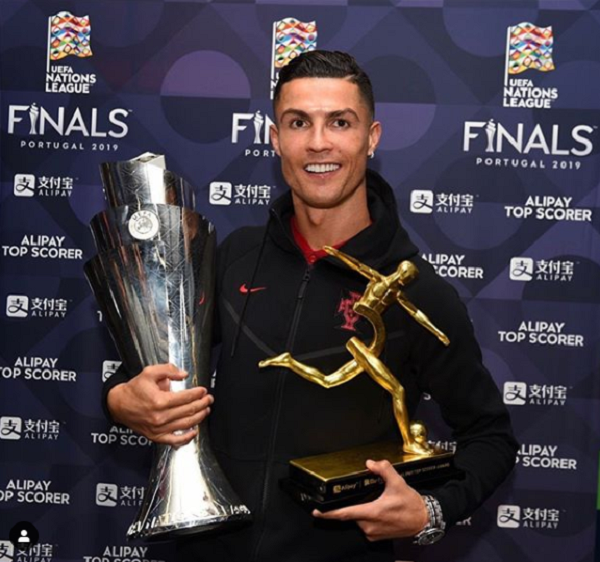 One afternoon, Cristiano and the national team were driving out of the Bessa stadium heading to their next game when they spotted something on the side of a busy road that made them immediately stop the bus. On the sidewalk stood a tiny boy named Eduardo Moireira holding a handwritten sign that said, “Cristiano, give me a hug.” 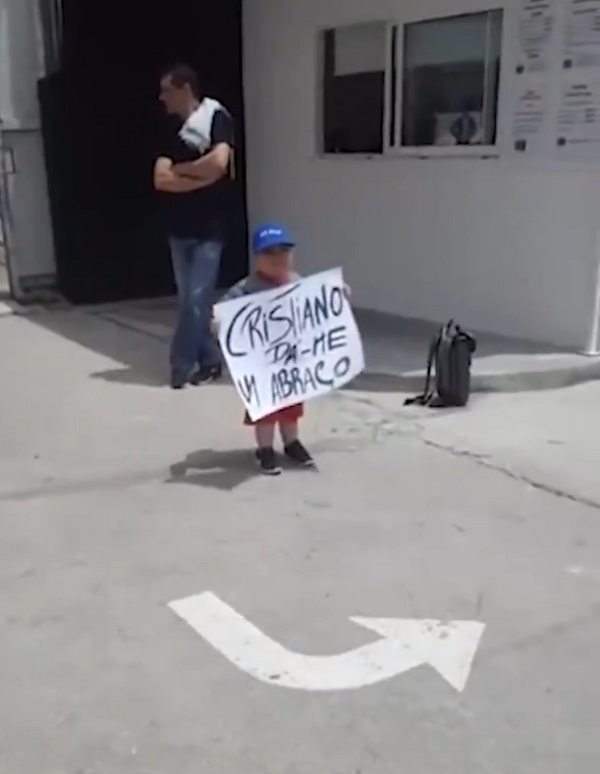 Cristiano insisted that the bus pull over so that he could talk to the child, who stands barely four feet tall even though he’s 11 years old. Eduardo has been plagued with various incurable illnesses, including battling leukemia since he was just 1 year old. The one thing that buoys the young boy’s spirits is watching his favorite footballer on television, so when he saw that Cristiano’s bus would drive right by his hometown, he knew he had to get the player’s attention.

Once the bus came to a halt Cristiano invited Eduardo to come up the steps where they posed for a few photographs together before the boy got the hug he was after. You can see the joy on Eduardo’s face as he poses with his hero! 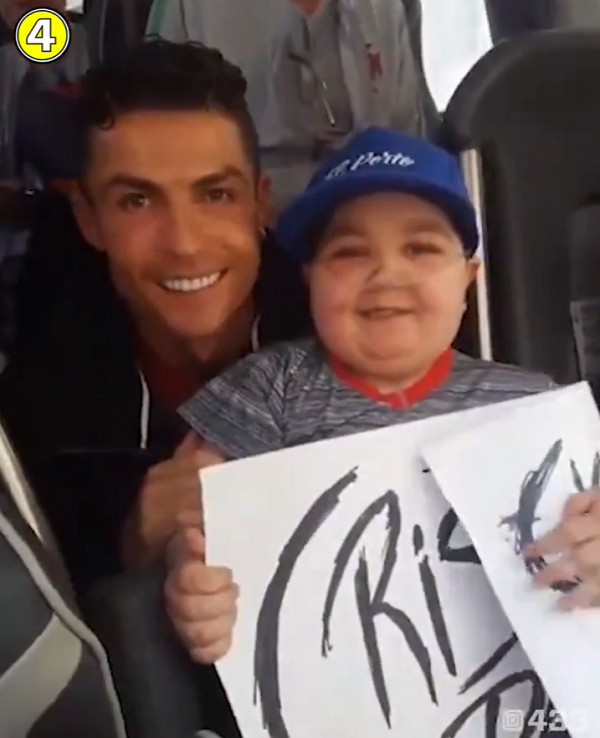 This is one of those little things that celebrities can do to give back to the people who make them famous. It took just a few moments of Cristiano’s time to say hello to Eduardo, yet this is an encounter the boy will never forget! We hope more stars will see this classy move and do the same for their fans.

Watch Cristiano meeting Eduardo in the video below, and don’t forget to share.

? @cristiano stops the ?? bus to take a selfie with his biggest fan Eduardo ❤ pic.twitter.com/JPyZVscVer