While Andrea Bocelli has been entertaining audiences across the world for decades with his incredible voice, his new album, “Si,” has something all of his former albums did not: his son. The pair just released their first-ever duet single, “Fall On Me,” and one listen will tell you that the apple certainly didn’t fall far from the Bocelli family tree. 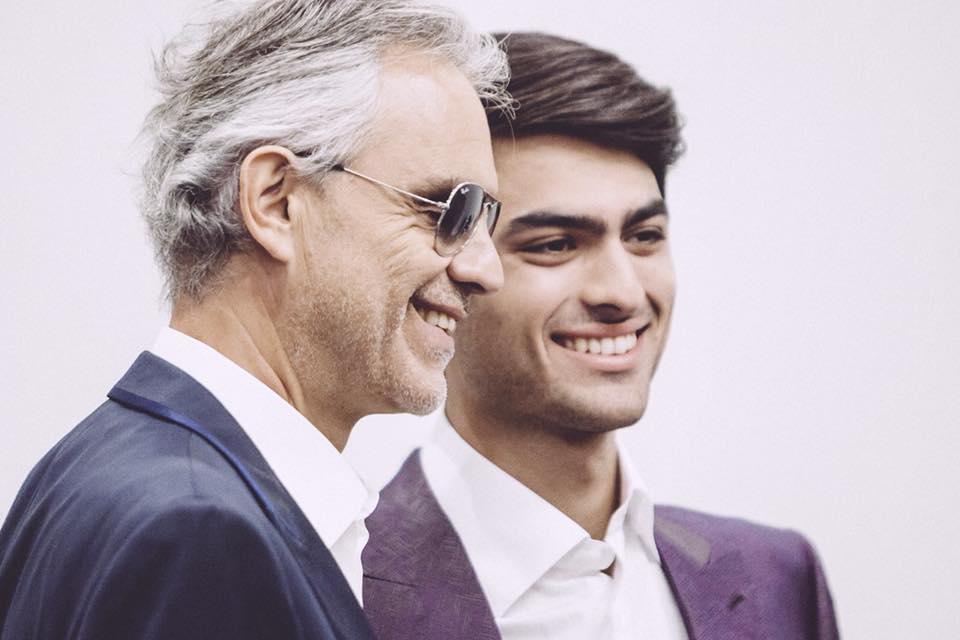 Matteo Bocelli inherited not just his dad’s good looks, but his vocal talents as well. The 21-year-old singer teamed up with his famous father to sing this song, which will be used in the soundtrack for the upcoming Disney film, “The Nutcracker and the Four Realms,” starring Keira Knightley and Morgan Freeman.

Matteo’s brother, Amos Bocelli, also plays the piano on his father’s new album. You can hear his playing on Sono Qui (I am Here) and Ali di Libertà.

The video for Matteo and Andrea’s song hit the web on September 22, and within days it had already been viewed millions of times. The album will be released on October 26.

Thank you to @BBCRadio2 for first ‘Fall On Me’ play.
The beautiful new single featuring Andrea’s son @bocelli_matteo is available now at: https://t.co/BrEWpDlqB8

Andrea says that performing with his son lent the song a new depth of emotion that he’d never experienced before. Matteo’s voice is similar in pitch to his father’s, but his father says it’s more than the logistics that unite Matteo and Andrea’s vocal abilities. 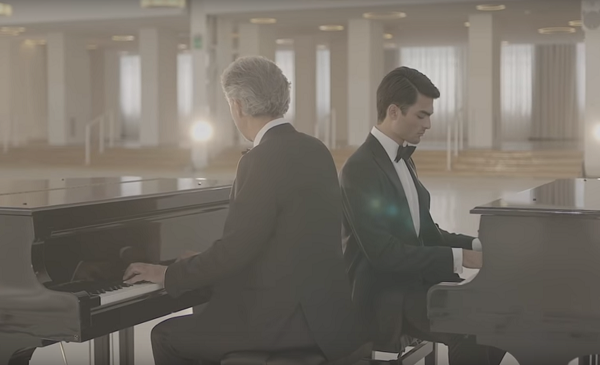 “Technically they are very different, but there is one thing that makes them most similar: the attitude,” he stated. “That characteristic way of expressing yourself through your voice. This makes Matteo and I very similar. But that is something that you cannot learn, that cannot be taught. That is something you are born with.”

The song is simply beautiful, and the music video that accompanies the single is incredibly tender. It shifts from father and son sitting at matching grand pianos, singing together in both English and Italian, to still shots of Matteo as a child, growing up with his famous dad. 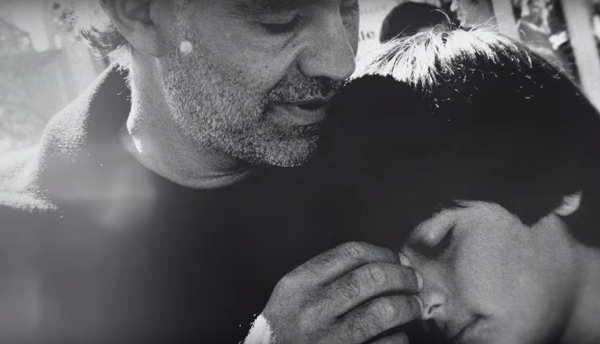 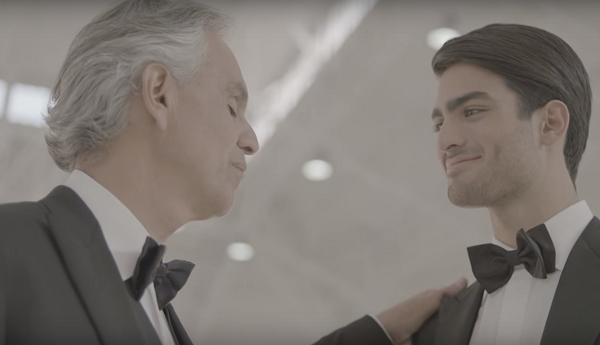 This is definitely a song that will resonate with many, and it’s a beautiful labor of love between a father and his son.

Listen to “Fall On Me” in the video below, and don’t forget to share this beautiful father-son duet with others!