It’s a strange feeling to learn that a dog has a better singing voice than most people.

Yet thanks to a newly-resurfaced YouTube video featuring Tank the American bulldog, here we are. Tank’s human mom is a registered nurse who loves sharing videos of her very own “American Idol,” and now one of those videos has over a million views. 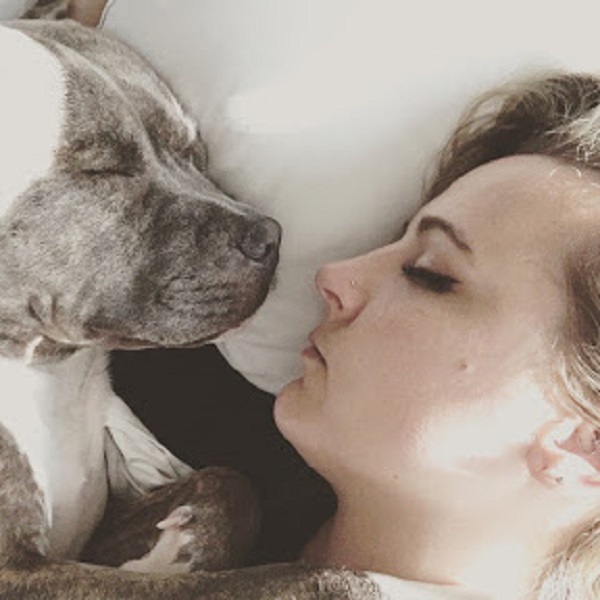 In the short video, we meet Tank, a cute gray and white boy who seems pretty comfortable lounging in his cow-printed dog bed in the family living room. His owner’s voice can be heard off-camera instructing virtual assistant Alexa to play music from rap star Cardi B. 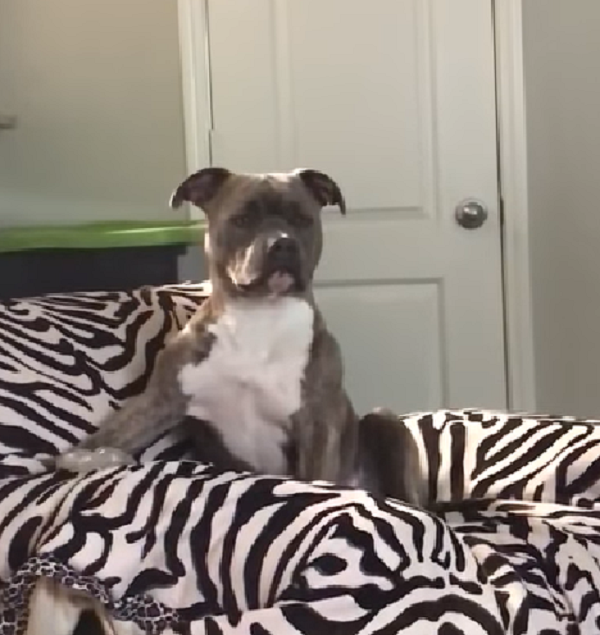 As soon as the thumping music fills the room Tank turns towards the sound and tilts his head, questioning. He seems confused by the song and frankly, a tad bit unimpressed. When his owner tells Alexa to play a certain country song, it’s another story.

“Alexa, play ‘Tennessee Whiskey,'” Tank’s owner requests. Seconds later the song by country star Chris Stapleton begins to play, and before you know it Tank has joined right in. Throwing his head back dramatically, the dog begins to howl in time with the music!

Tank sings the whole song with Chris, even adding in a few energetic barks to shake things up during the chorus. “Tank the Bully sings to his favorite song, ‘Tennessee Whiskey’ by Chris Stapleton.” Tank’s owner wrote on YouTube. “He will only sing to this song!!! Oh and he hates Cardi B haha.” 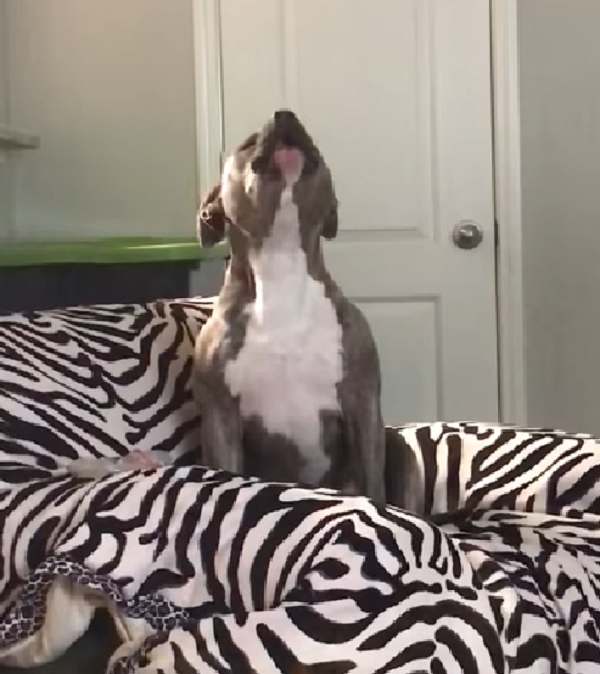 As far as songs to sing, Tank sure picked a good one! This is a great song that’s well-suited to a doggy vocal range. The fact that Tank is staying pretty much in tune is pretty impressive. If he weren’t so cute we’d be jealous of his skills!

Listen to Tank sing-along to “Tennessee Whiskey” in the video below, and don’t forget to share.