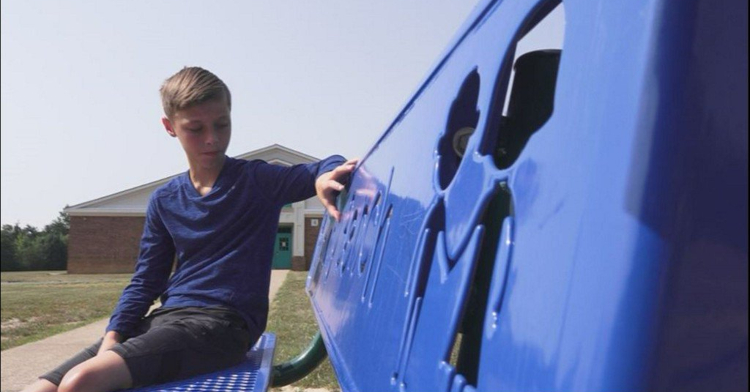 For most children, recess is the best part of the school day. But to kids like Alex Rawls, the playground can be a very lonely place.

The little boy from Stafford County, Virginia, always had a hard time fitting in with his peers at school. As such, he was used to sitting alone on benches, watching from the sidelines as his classmates played together outside. 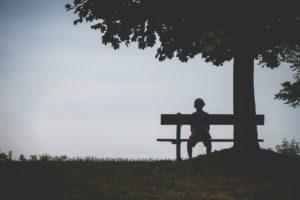 Alex also lives with sensory disorder, a condition that makes it difficult for the brain to process sensory information. Sometimes, wearing pajama pants or out-of-season winter boots to school helps. Unfortunately, the unusual choices didn’t make it easier for him connect with other children his age at Winding Creek Elementary.

“You don’t want any child feeling that way. Especially your own.” Alex’s mom, Dottie Romo said. But with her help, Alex set off on a mission to make sure no kid has to spend their recess alone. When he was 10 years old, Alex starting noticing other children sitting all by themselves as well. 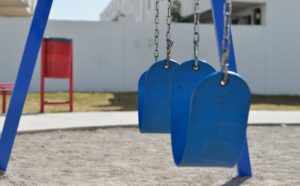 That’s when he came up with a brilliant solution: kids could sit on a “buddy bench” in the playground when they’re looking for playmates. This would then signal other children to come over.

“You walk over to them and ask if they want to play with you,” explained Robert Romo, Alex’s brother. Last year, the little boy and his family raised enough money for a bench to be installed at the school. And since then, he says it’s made a huge difference. He doesn’t notice as many kids sitting alone at recess. Now he’s hoping to have one put in at every elementary school in the county. 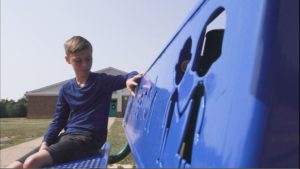 Way to not only look out for yourself, but others too! Alex is such a sweet kid for doing his part to ensure nobody feels as lonely as he once did. “As a parent I couldn’t be more proud. Just being able to make a difference,” Dottie said. “It’s not just about my child, it’s about every child.

Learn more about Alex’s “buddy bench” in the video below, and share to spread the idea to other schools!

After noticing kids like him sitting alone at recess, Alex decided to stop loneliness at school, one "buddy bench" at a time. ❤️🙌