Experts recommend we get up from our desks to stretch our legs and fingers every hour or so, partly to ward off tendonitis and give our eyes a break. Taking a break, even if it’s just wandering into the kitchen to grab a cup of coffee, also gives our brains a chance to reboot, and we often return to our tasks more invigorated.

So … shouldn’t the same apply to kids in the classroom? After all, balancing work and play is always a good thing, regardless of the setting.

“If you want a child to be attentive and stay on task, and also if you want them to encode the information you’re giving them in their memory, you’ve got to give them regular breaks,” says Dr. Bob Murray, a professor in the Department of Pediatrics at Ohio State University. 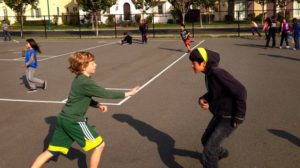 This concept has been put into play at Eagle Mountain Elementary School in Fort Worth, Texas.

During that time, they work on empathy, team play and other social skills. And just as importantly, teachers report that they’re more focused, have better problem-solving skills and fewer disciplinary issues when they return to the classroom. 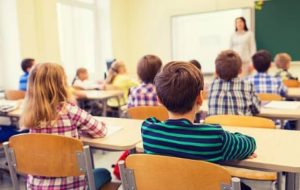 “You start putting 15 minutes of what I call ‘reboot’ into these kids every so often and … it gives the platform for them to be able to function at their best level,” says Texas Christian University professor Debbie Rhea, who’s helping to implement the program at Eagle Mountain and other schools.

She borrowed the idea after visiting schools in Finland, which always score at or among the highest in international education rankings. Not only are their test scores great, she said, “but they are also healthy in many regards.”

What do you think about this idea? Tell us in the comments, and remember to share to spread the word about this program!