People don’t tend to think much about homelessness unless they’ve experienced it themselves, or know someone who has. For 11-year-old Addisyn Goss, that moment came in 2015.

She wasn’t homeless herself, but she found out her grandfather had been, for six years. He had been estranged from the family for over a decade and Addisyn had never met him. But when he found out he had cancer, he wanted to make amends with his daughter and asked someone to track them down. 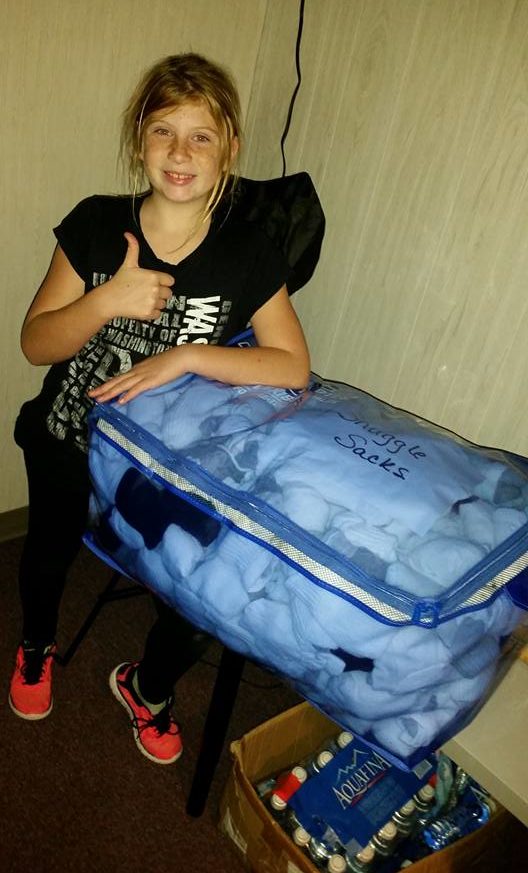 Addisyn was just eight years old at the time, but she showed an incredible amount of compassion for someone so young. When the family traveled from their home in Fenton, Michigan, to visit him at a veteran’s facility in Indiana and realized he’d been homeless, “I was, like, thinking it was sad, because he got his leg amputated, too, during that time. So, I just really felt bad for him,” she said.

And she went straight to work putting that compassion to action. Soon after their visit, she founded Snuggle Sacks, a nonprofit that provides bags filled with basic items to those who need them most. That first year, 40 men and women benefited from the bags she delivered filled with snacks, shampoo, socks, and fleece blankets. 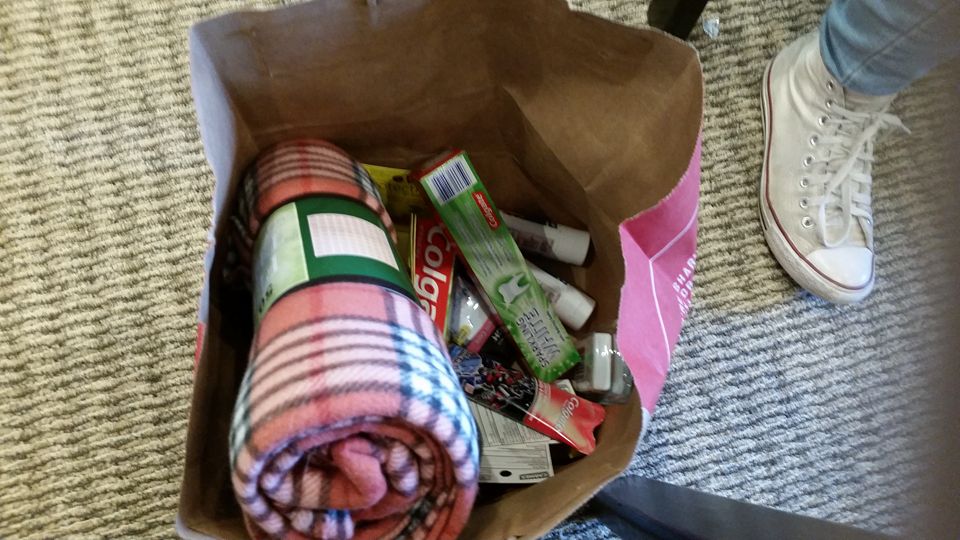 She the got her older sister Sheridan and brother Jaxson involved, and they’ve been going strong ever since! 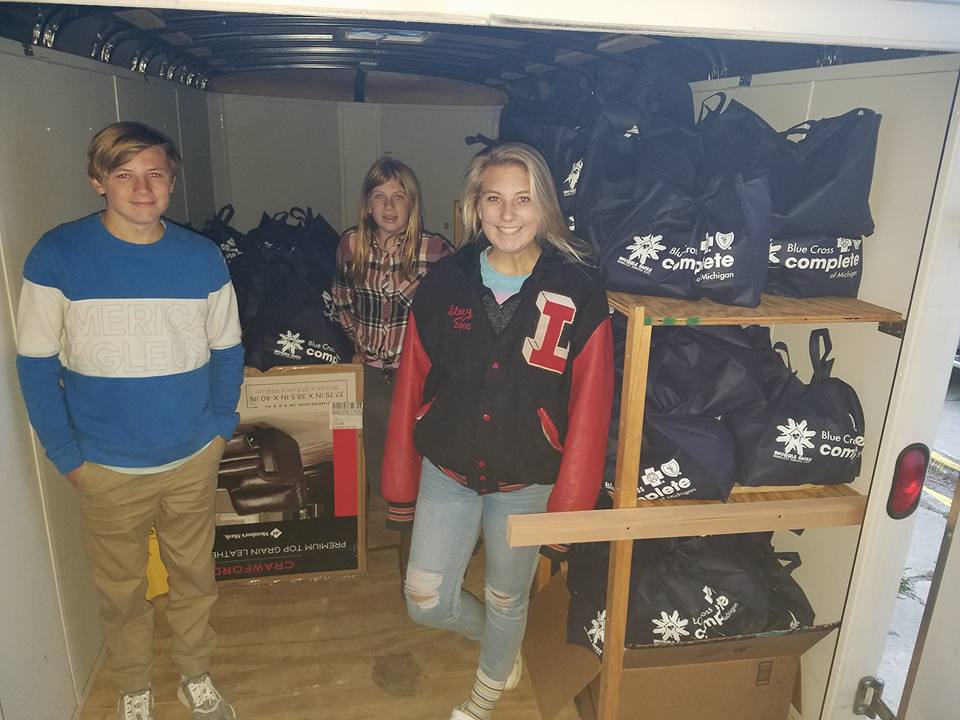 “It’s incredible that my sister, younger than me, can come up with that and go through with it. And it just makes me really proud,” Sheridan said. 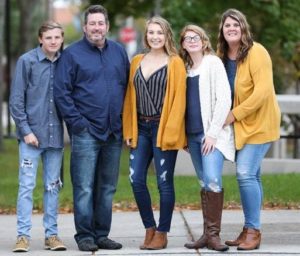 Watching her children eager to hand out the goods at a soup kitchen that year, Stacy said, brought her to tears.

They love it. They get home and see something on the porch, they’re excited! And I think especially, with the holidays coming up, it just puts so much in perspective for us. 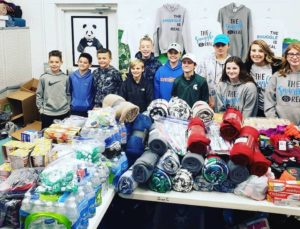 The Snuggle Sack crew has gotten bigger and stronger in the last few years, and they’re now able to provide about 1,000 survival kits each month. Just think about that: They went from delivering maybe a few hundred kits in 2015 to 1,000 each month just three years later. 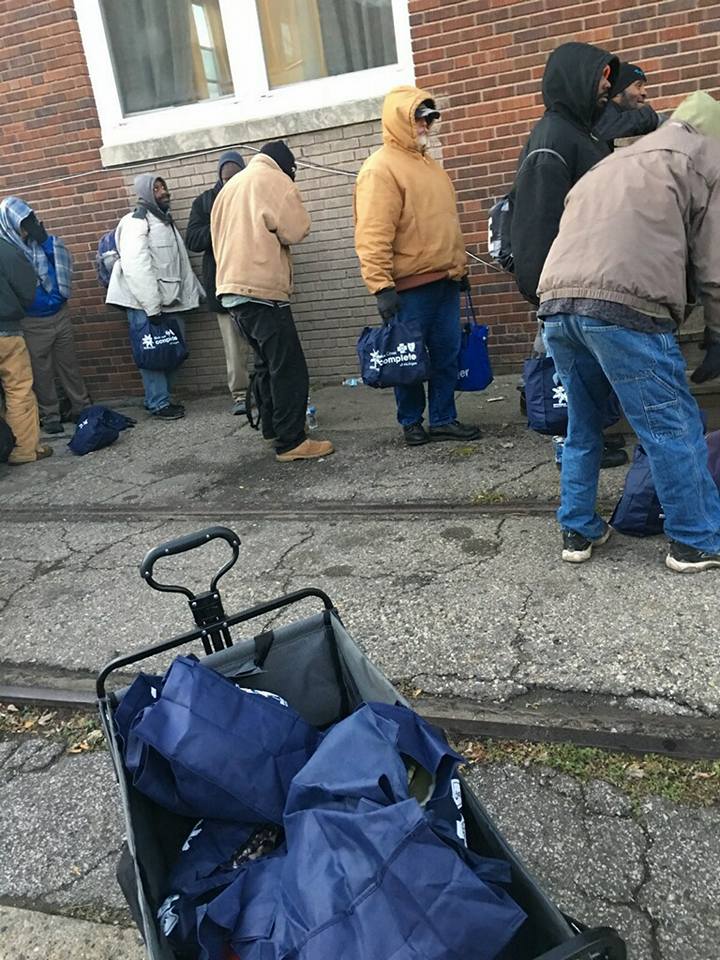 Addisyn plans to major in business once she reaches college, and with that kind of success already under her belt, there’s no telling what she’ll go on to achieve.

To find out more about Snuggle Sacks and donate to the cause, click here, and you get a glimpse of the crew at work in the video below. Share to spread the word about this noble endeavor.

Snuggle Sacks — Survival Kits for the Homeless was founded by local resident Addisyn Goss in 2015 when she was just 8 years old. These bags are assembled by Goss and her family, and given to the homeless at local shelters, such as The Shelter of Flint. See story at tctimes.com.