It was just a regular night on the job for city bus driver Natalie Barnes.

Natalie was driving her regular route through the streets of Milwaukee, Wisconsin, on a cold Saturday night when Richard, one of her regulars, climbed up the stairs and paused to speak with her. 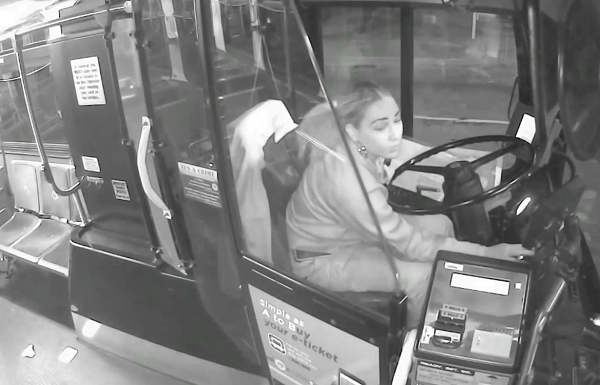 “I’ve been out on the streets for a week. I am officially homeless,” Richard told her. After Natalie asked what happened, he explained that his house had been condemned and he had nowhere else to go.

“Well, I’m on this bus ’til 2:44,” Natalie told him. “You want to stay with me then?” She also offered him something to eat, but he declined.

Richard quietly sat in the first row of the bus for hours while Natalie continued working. When it was time for her break, she bought him some dinner, which he gratefully accepted. 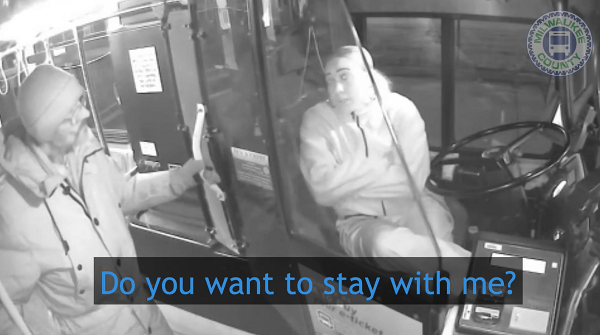 “I don’t know what to say, but to say thank you,” Richard said sadly. “I’ll give it back to you.”

“No you won’t!” Natalie admonished. As if the small kindness of providing a safe and warm place to rest for a few hours wasn’t enough, Natalie then took her efforts a step further. Pulling out her cell phone, she began searching for services that could help Richard. Right then and there, she placed a call to a friend at Community Advocates and found him temporary housing.

“The community really needs to help with the homeless people that are outside,” Natalie said later. “When I’m on the east side of Wisconsin, there are a lot of people who are looking in garbages for food. They’re under-dressed. They don’t have anywhere to go … They still should have basic necessities, like food and clothing, just to survive.”

Richard was so grateful for Natalie’s help that the two have now formed a true friendship. 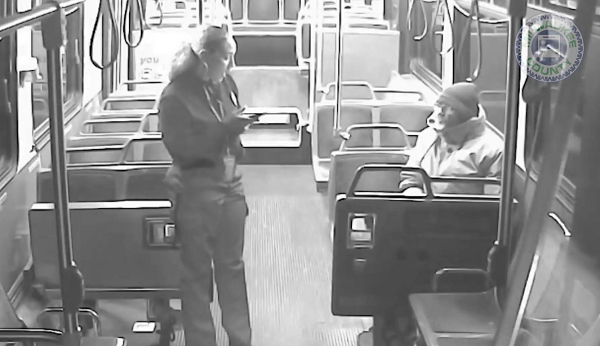 Natalie says, “We talk every couple of days. And he thanks me every time he talks to me for helping him. He calls me his little guardian angel, so I’m happy to say that he’s progressing well.”

When Natalie’s employers at the Milwaukee Country Transit System saw the footage of their driver going out of her way to help someone, they shared her story on their social media pages to say thank you. Not only that, but Natalie was later honored with an MCTS Excellence award. 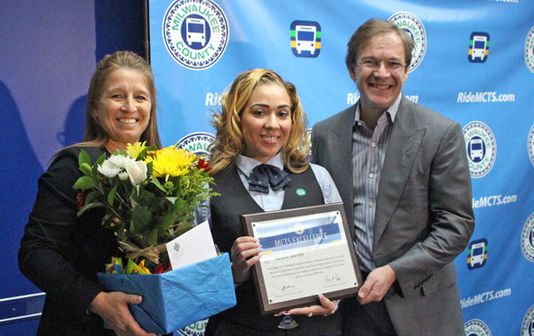 This isn’t the first time that Natalie has bent over backward to help others. In fact, in the two years she’s been driving the city bus this is the third commendation for outstanding service. She also makes it a habit to bring peanut butter and jelly sandwiches along with her on her route, just in case she encounters someone in need.

Speaking of need — the world needs more people like Natalie! It takes a special person to take the time to not just notice the plight of the homeless and poverty-stricken, but to routinely take measurable actions to help them, too.  Let’s all see if we can be like Natalie!

Watch the video below to see Natalie in action, and don’t forget to spread this message and share her story.

When Natalie Barnes got behind the wheel of her bus on a chilly Saturday evening, she had no idea that by the end of the night she was going to help change a man’s life; but that’s exactly what happened.Another story of #MCTSExcellence https://tinyurl.com/y8mfaqrf