One of the best parts of “The Voice Australia” is the anticipation viewers get as contestants walk onstage for the first time, hoping the celebrity judges will decide to turn their chairs around and agree to coach them.

Of course, these shows have their own rules to follow. In the case of “The Voice,” the four judges only have a certain number of people they can take onto their team. But when Wolf Winters appeared for his blind audition, his unique style shook things up a bit! 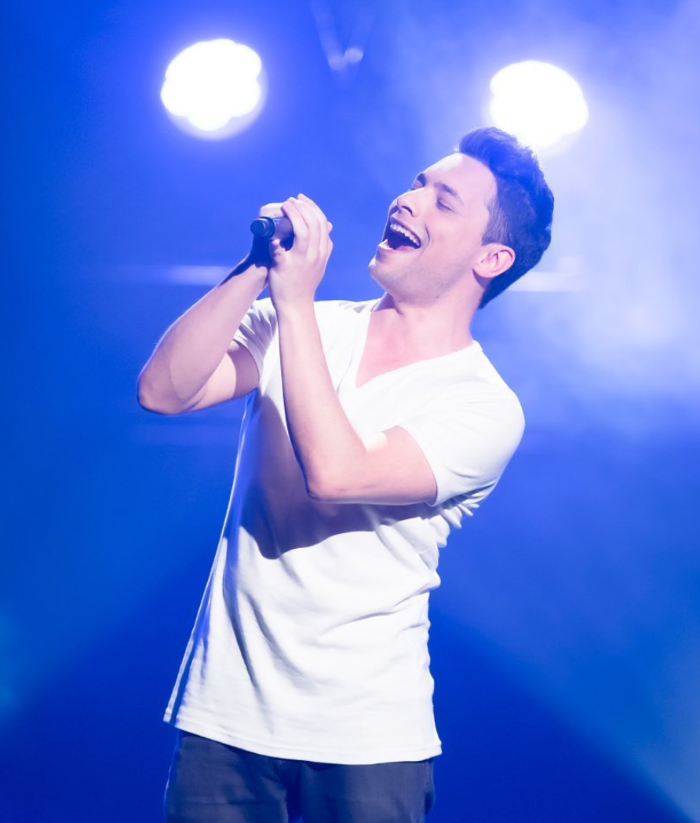 As soon as Wolf opened his mouth for the first note of “The Sound of Silence,” Delta Goodrem, Guy Sebastian, Kelly Rowland, and Boy George were clearly blown away. Not only is Wolf gifted, but he also has a deep voice unlike anything we’ve heard before!

While the musician belted out the classic ballad, the camera panned across each judge, one of whom was noticeably more excited than the others: Sebastian.

Throughout Wolf’s performance, he kept looking to his peers and hoping one of them would turn around. Since his own team was already full, he technically couldn’t do it himself. Only when no one else did, Sebastian couldn’t resist swooping in at the last second! That’s when confusion took over. 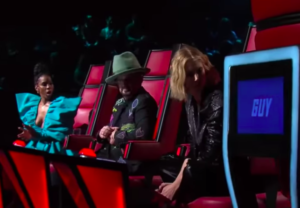 “We go on there not having a clue as to how many spaces are left on each team,” Wolf explained later. “So when Guy turned I legitimately thought I was through — nothing was wrong.”

His excitement quickly transformed into discomfort when Goodrem, Rowland, and George started accusing Sebastian of cheating.

Eventually, the show’s executive producer had to step in to find a solution. As the judges went back and forth between themselves, Wolf said, “It felt like I was up there forever.” 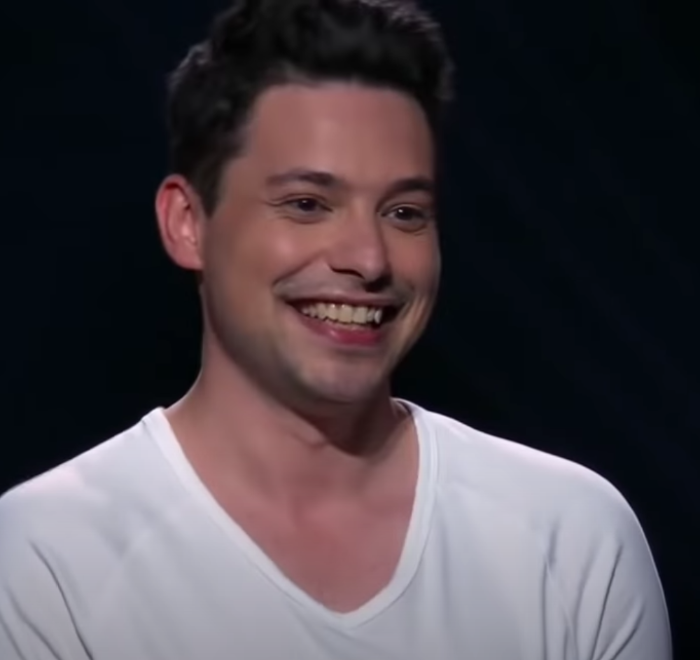 In the end, all four judges agreed that Wolf had an incredible voice, and Sebastian ended up keeping him as part of his team (with some caveats to keep things fair).

Despite all the awkwardness that got him to that point, Wolf was thrilled that Sebastian gave him a chance. “I am so happy that it happened,” he said. “I can’t knock the decision, but I’m glad that it did.”

What an unexpected turn of events! We’re so glad Wolf made it through to the next round because we can’t wait to hear more of his jaw-dropping voice.

Find out why Sebastian went out on a limb for Wolf in the video below, and don’t forget to share this story with your friends.