Many cats in Brooklyn, New York, are strays that don’t have a safe place to call home.

Winston was one of them until his life was turned around. It’s all thanks to a caring individual who stumbled across him by chance one day! 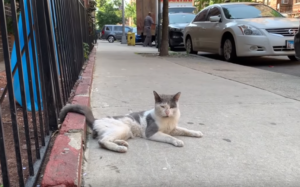 “I was walking to go pick up some cat litter, but I ended up coming home with a cat instead,” said the man who found Winston last summer.

The poor feline was lying on a sidewalk in nearly 90-degree heat with nowhere else to go. Worse, he was covered in dirt and scratches. Those were obvious signs of distress because healthy cats are impeccable self-groomers.

Despite his rough appearance, Winston’s friendly demeanor quickly won the stranger over. The man decided right then and there that he would find a way to help the struggling animal. 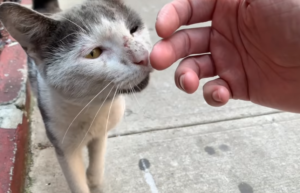 Luckily, the man works with a nonprofit called Flatbush Cats. The organization’s mission is to reduce Brooklyn’s outdoor cat population through trap and release programs, rescues and adoptions, and affordable spay and neuter services for pet owners.

Using his experience with animal rescues, the man used food to move Winston safely into a carrier and take him home. 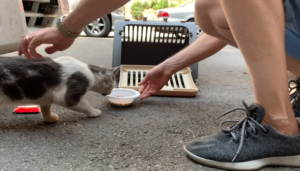 After getting a much-needed bath, Winston enjoyed some thorough combing to get rid of any remaining fleas.

His new friend also discovered that the poor cat was experiencing other health problems like internal parasites, ringworm, and lung inflammation, which suggested Winston had asthma. But with more love and care, Winston felt much better in just a few days! 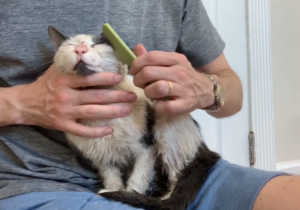 Next, Winston spent several weeks enjoying the good life with his foster mom Marli. Before they knew it, he was healthy, healed, and ready to find his forever home! 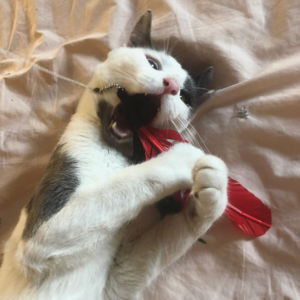 It didn’t take long for a family to scoop this cutie up, and now Winston’s life is full of love… 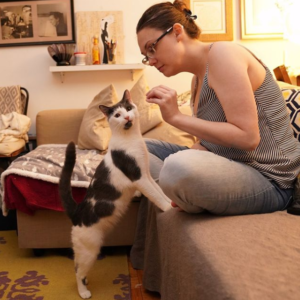 …and all the chin scratches he could ask for!

It’s incredible to see how a little bit of attention and care can make a world of difference to an animal in need! Thank you, Flatbush Cats, for giving Winston and so many other pets the lives they deserve.

Check out Winston’s transformation in the video below, and share this story to encourage more animal rescues. You can also make a donation to Flatbush Cats here.