If you’ve ever wondered what your “spirit animal” looks like, meet Winky.

Winky is an adorable bichon frise who’s making headlines after a particularly memorable trip around the agility course at the 143rd Westminster Dog Show. While other pups flew through the series of obstacles, ramps, and tunnels like the true canine athletes that they are, Winky decided to take a more relaxed approach. 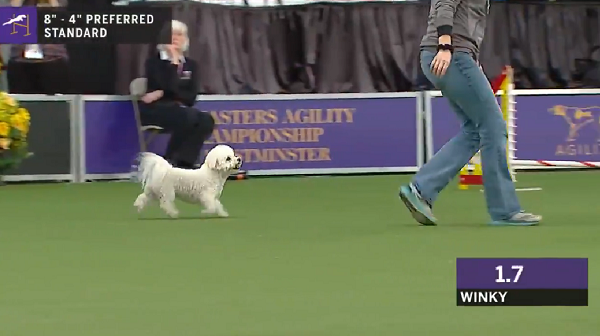 The second Winky’s little paws touched the course we could tell he wasn’t exactly there to set the world on fire. His gait was relaxed as he trotted past the crowd of admiring fans, and he seemed to preen a bit even while dutifully following his handler around the course.

The agility course is a place for canine athletes to shine, as evidenced by a border collie named Verb who won the event this year with a time of 32.05 seconds. Here’s Verb’s run for comparison.

Wow! See how Verb flies through the hurdles with the greatest of ease, catapulting his body through the tunnels and up the ramps as if driven by some invisible force?

Yeah, Winky’s run was nothing like that… In addition to strolling through the obstacle course as if he was walking through the park on a pleasant Sunday afternoon, Winky also pauses a few times to soak up accolades from his adoring public. 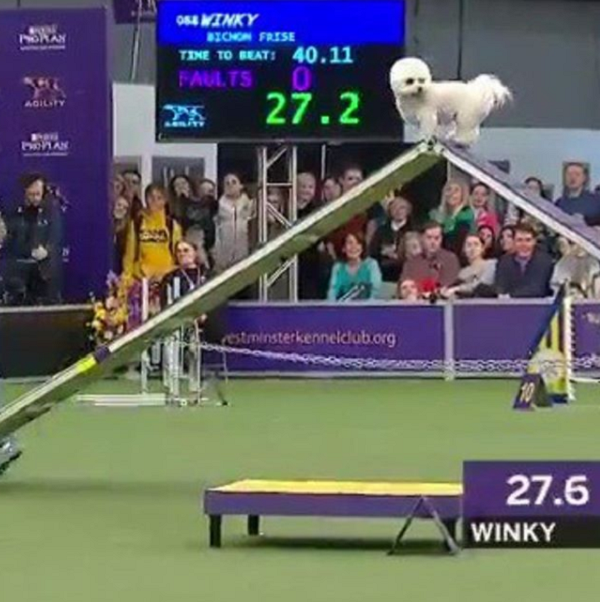 “Oh, hi everybody! Is there some kind of race going on? I hadn’t noticed.” — Winky, probably.

Lest you think that Winky didn’t stand a chance against larger competitors like Verb, don’t forget that he was actually going up against dogs of a similar body weight like Gabby the papillon. For reference, Gabby won the eight-inch class with a time of 39.31 seconds. Just look at the way she zooms around that course!

More from the Agility Championship at the #WKCDogShow now on FOX! pic.twitter.com/Cv0XERwT7w

And then there was Winky, the internet’s newest spirit animal. After meandering around the course and pausing for rounds of applause, Winky finished the course with a time of 100 seconds… with 92 errors. Whoops! 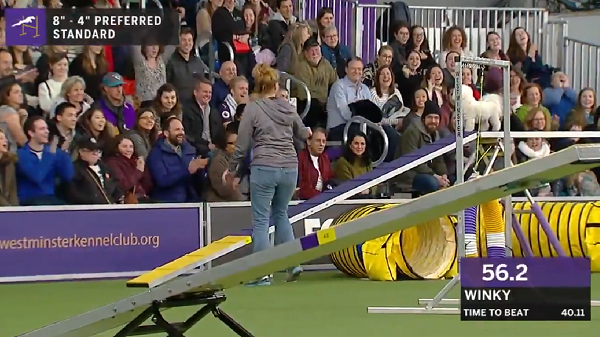 As soon as Winky’s segment aired on television the internet lit up. Everyone who saw it couldn’t help but crack up at the leisurely way the little dog approached the obstacles in his path. Many people decided right then and there to try to be more like Winky in their everyday lives. 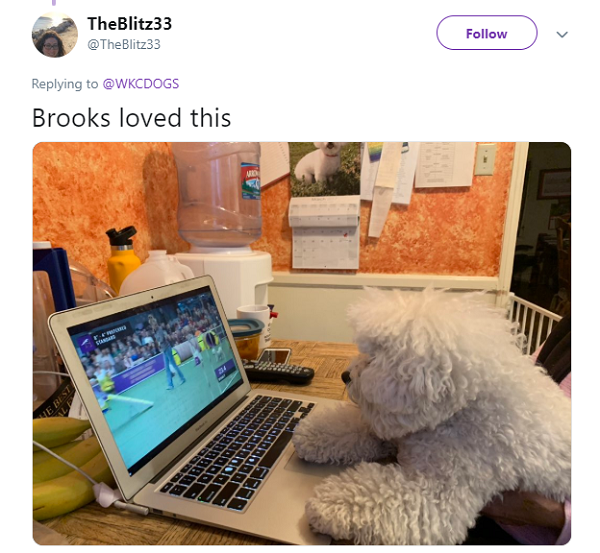 There you have it — next time you feel like you’re caught in the rat race of life, take a moment to pause, reflect, and channel your inner Winky the dog.

Watch this champion win the entire internet in the video below, and be sure to share to make someone laugh today!