Kids are notorious for sticking their fingers, arms, legs, and heads through small openings. Every parent likely has a story about a time their child got an appendage stuck in something like between the crib bars or in the hole of a fidget spinner.

Apparently, this fascination and curiosity doesn’t stop with human kids. In a popular video online, a team of wildlife rescuers are tasked with freeing a fox cub after he pushed his head through a tire and became stuck. 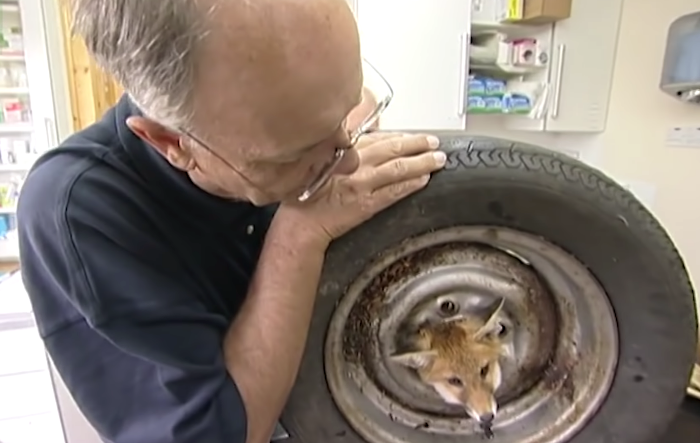 In the video, a man brings the trapped fox to the Wildlife Aid Foundation where he’s met by CEO and Founder, Simon Cowell (no, not that Simon Cowell). The men quickly bring the hurt fox inside to evaluate the situation and come up with a plan to free it.

The baby is understandably scared and timid with all of these people trying to touch it, so Simon and his Deputy CEO, Lou, decide to sedate it so that they can better handle it. After a few failed strategies, they come up with an idea to wrap paper around the fox’s head to allow for a smoother transition in pulling it out of the tire. 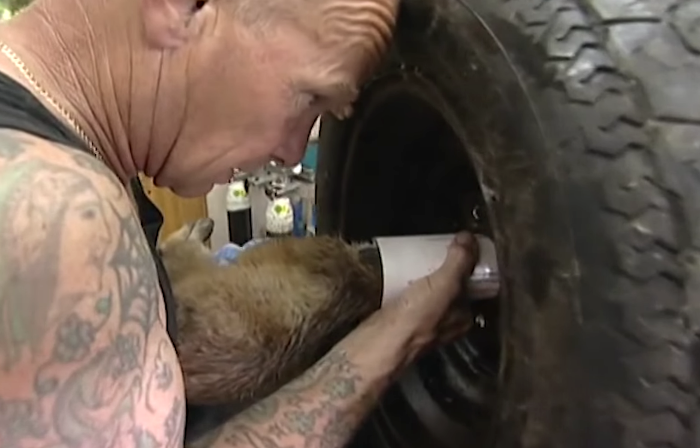 Amazingly, it worked! Simon, Lou, and the man who initially found the fox were able to safely remove it from the tire without having to cut into it, potentially putting the fox in even more danger.

After it was released, Lou noted that the poor baby had some serious swelling around its neck where it was stuck. So, they tended to its wounds, gave it some medicine to help, and brought it out of a sedative state. 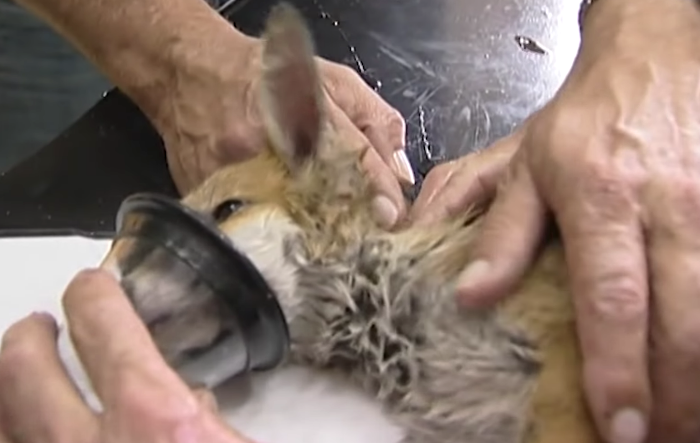 Simon and Lou didn’t stop there though. They gave the sweet fox a place to rest and recuperate so he could be monitored to ensure he was healing properly. Once they were sure it was healthy enough to go back into the wild, Simon and Lou planned to release it back where it came from.

Check out the unique rescue mission in the video below and don’t forget to share the story with your friends!