Any parent to precocious little kids knows: Anything can happen if you turn your back for even a split second.

Generally, the same can be said for dog moms and dads… but if he didn’t know it already, this lesson became abundantly clear to Rumble user ZestyMike late last month. You see, Mike took a quick trip to the restroom, but that was just enough time for his dachshund Oscar to get into a tight spot — literally.

When Mike came back from the bathroom, he noticed something was off… Oscar was nowhere to be found, but his husky sister was sitting patiently by a pile of clothing. 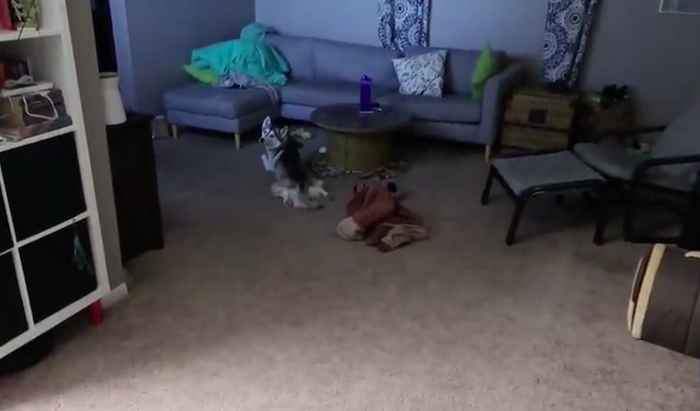 Mike walked over and started laughing, telling his girlfriend that Oscar had found her onesie and decided to tuck himself in… they are pretty comfy after all! 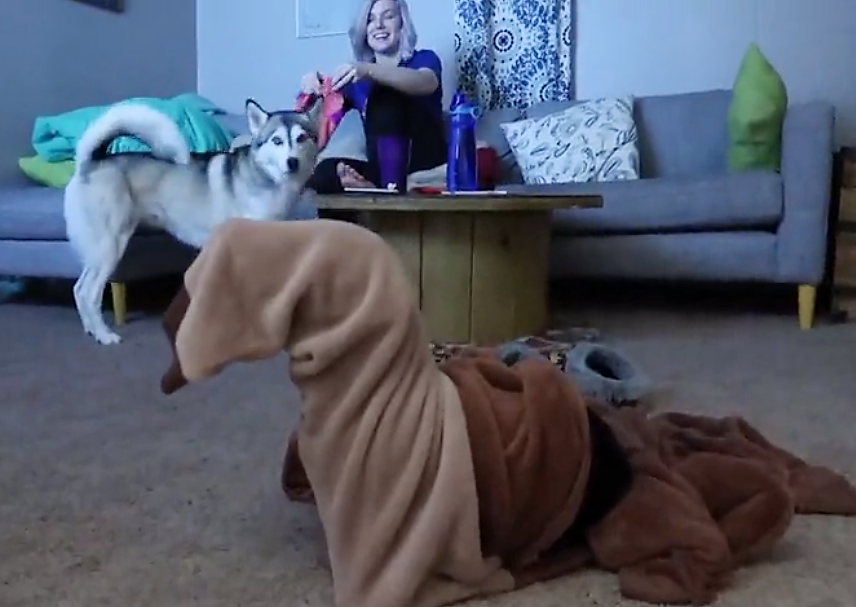 But there was just one problem. Little Oscar forgot which way was out and couldn’t escape the snuggly confines of the winter wear.

That’s when, Nora, Oscar’s husky sister headed over to see if she could help. 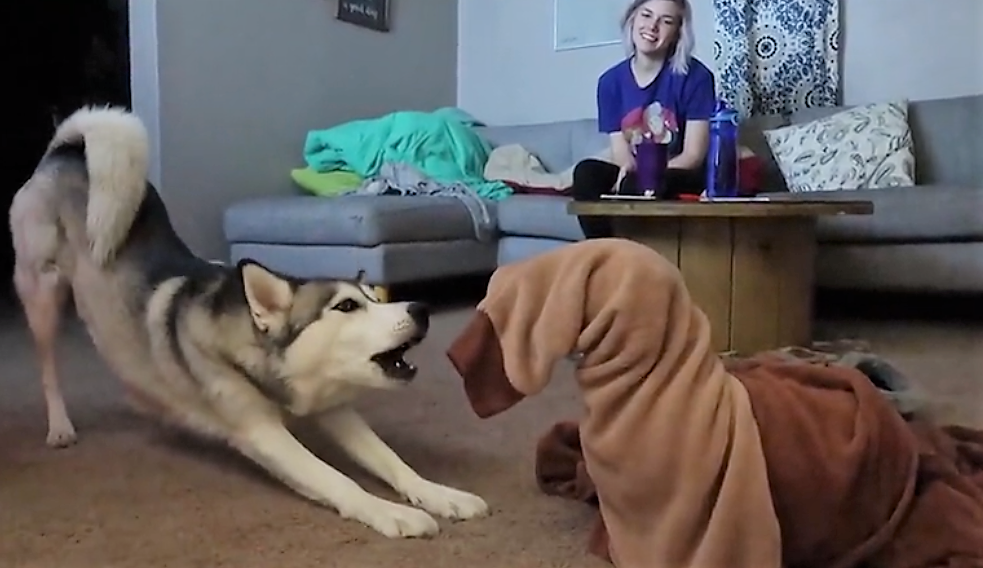 It’s pretty clear that Nora is 100 percent amused by the whole situation. 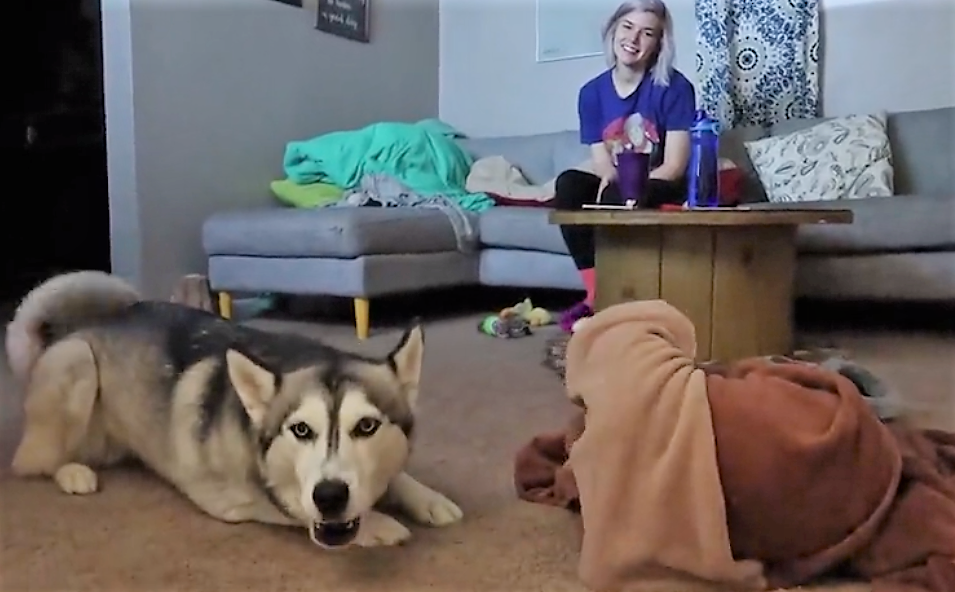 After a few attempts, Oscar is freed from his fleecy onesie and runs straight to his mom on the couch. 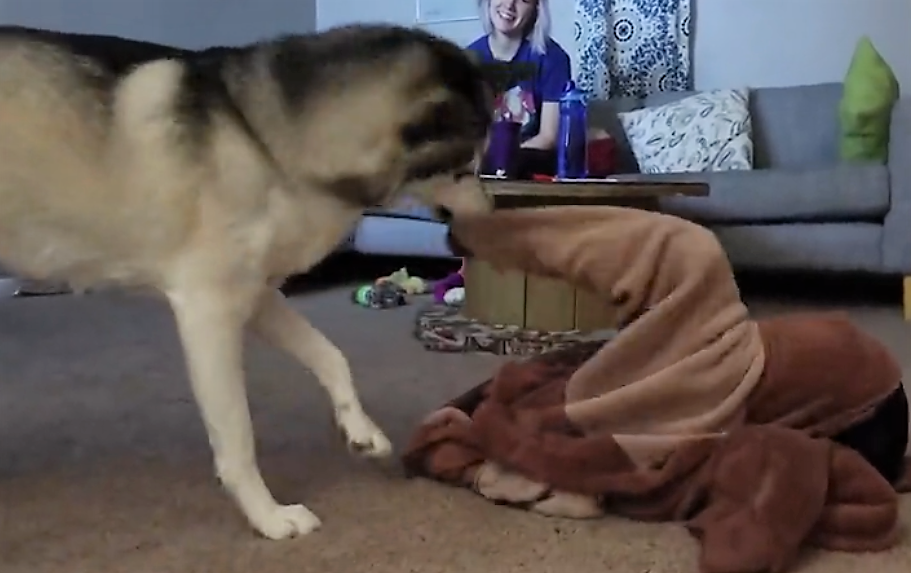 Watch the hilarious antics unfold in the video below, and remember to share to spread some more laughs!