The other day I was in the mall with my son Jack, and a woman asked me what it’s like to raise a child with autism.

I had just told him to stop touching the mannequins and to keep his body still and we weren’t going to talk about the wind-chill factor in Russia anymore.

She was wearing a navy-blue coat I’d admired because I thought she’d tell me where she got it, but instead, her attention turned to him.

She gave me the look—the look we autism parents are very familiar with—all narrowed eyes and wrinkled forehead and general concern.

I hissed at him to stop already, to stop picking the earrings off the rack and if he was good for just another minute we would get some pizza and she narrowed her eyes a little more and I said, wow, that coat is really great.

It’s been 15 years, and this is still awkward for me.

See, Jack is 15 years old. He is nearly six feet, three inches tall. He touches things with his hands all the time and he talks a lot about the wind-chill factor and he really, really likes pizza.

Well, you never forget he has it.

Autism is the tympani of my background—the drumbeat to which I dance day and night.

We have worked so hard.

Can you see this?

We have worked so hard for the basics.

Conversation skills, eye contact, appropriate language. Not touching his food before he eats it, not asking the server if she’s tried the eye cream that eliminates dark circles, not getting up in the middle of the night and wandering around the house.

Hours upon hours of work for things some take for granted.

It is like raising a rare, exotic bird who no one else quite understands but me.

Everyone admires his unique feathers and his unusual point of view. That is, until he bites the teacher during the school assembly, or runs around in circles during a fire drill.

It’s the sound of the alarm he hates. Loud noises seem to reverberate inside his brain.

And this lovely bird—with his colorful wings and musical song—well, he may not fly as high as I hoped.

Every day is a small, infinitesimal move toward accepting this.

A tiny move toward accepting there may not be a graduation party, or a tuxedo at the end of a long aisle, or a career.

Every day, there are small heartbreaks.

The simplest thing might trigger me. I can be a stop sign and look over to the sidewalk and see a tall kid about Jack’s age mindlessly bouncing a basketball.

Jack has never in his life bounced a basketball.

It’s not even heartbreak, really. It’s more like a paper cut. It stings for a moment, and then I forget about it. Except later, when I am washing the dishes and thinking about the day and the boy with the ball and soap gets into the cut and it stings again.

Not a lot, mind you. Just a little.

Sometimes, I look across the dinner table and he is talking to his brother and eating from a fork and I think, okay. This is good.

It will all be good.

All I wanted was to be a plain old mother.

I mean, I knew being a mother would be hard. I knew there would be long days, and lots of laundry, and maybe even calls to the principal’s office for naughty behavior.

I never imagined the biting.

It’s like one morning, there is a split second in time when the world balances perfectly on its axis, and everything around me snaps into focus. I look up from where I am standing and I realize this lovely, complicated, repetitive bird of mine doesn’t belong anywhere.

Where does he belong?

What was it all for?

The toddler music class where he screamed like he was in a torture chamber, the homework crumpled on the counter, the food dumped on the floor, the arguments with my husband about who even knows what, the rage and despair and heartache and hope.

I stand there, thinking my thoughts, and then the earth tips to one side and life resumes around me and I finish spreading butter on a piece of toast. I give my husband a quick kiss good-bye and I shuffle people out the door and I go to my computer and look up music classes for kids with autism because maybe it’s time to try again.

What is it like to raise a son with autism?

It’s like holding fire in the palm of your hand, while the wind threatens to blow it out and the ocean tries to extinguish it altogether. 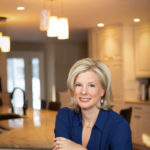 Carrie Cariello
Featured Creator
Carrie Cariello is the author of What Color Is Monday, How Autism Changed One Family for the Better, and Someone I’m With H… Read More

When Bus Drivers Get Sick, School Principal Steps Up To Bring Kids Home.

Students at Fancy Farm Elementary school in Kentucky are used to seeing their principal pitch in to get things done. Janet Throgmorton has been the principal of the grammar school...