Many of us grow up yearning for the independence that comes with adulthood, only to turn around and dream of those carefree childhood days as soon as we reach it.

But if you ask friends Josh Roth, Zane Robinson, and Hallelujah, you’re never too old to be a kid at heart. That’s why they decided to bring a little wholesome fun to the people of Virginia, super-soaker-style. 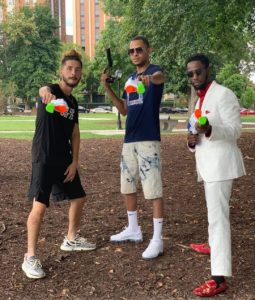 That day was a scorcher in Richmond — the perfect time for a water gun fight. The college grads decided they’d try a little social experiment. Would strangers accept their challenge? They weren’t sure, but they were excited to find out and began recording near Monroe Park.

“It was mad hot,” they said. “So we bought 2 water guns, filled them up, and walked up to people & tossed them one…just to see if they were down for a quick water gun fight.” 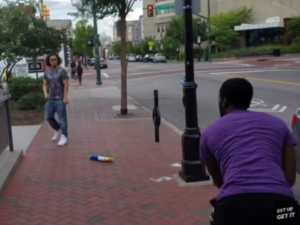 No matter where they were or what they were doing, most couldn’t pass up the opportunity to enjoy some classic childhood fun. 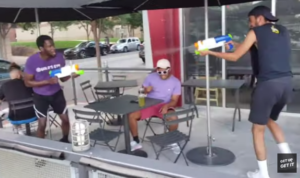 They ran around on the streets as if they were kids again sprinting across their parents’ lawns. And they couldn’t stop grinning. 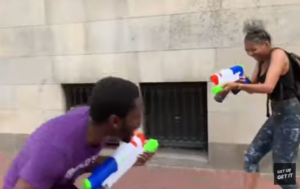 As for their age? It went out the window as soon as they saw the bright colors of the water gun. One man transformed into a little boy in an instant, throwing his hands into the air and yelling victoriously after defeating his opponent.

“Somebody could be going through a horrible day and the next thing you know there’s a water gun in front of them, and they say, ‘You know what… Today, let’s have a water gun fight and let loose for five minutes,'” Josh said. 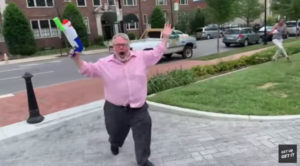 And these young men certainly did just that. They’ve sparked a wave of fun and smiles after sharing their feel-good video with the world. Way to spread positivity, guys!

Watch as water guns turn strangers into friends in the video below. Share to spread the idea to other areas!