If you saw someone drop a wallet full of cash, what would you do?

That’s exactly the question Waqas Shah was asking when he recorded a social experiment around Union Square in New York City. Little did he realize that he would find a perfect example of selfless kindness along the way! 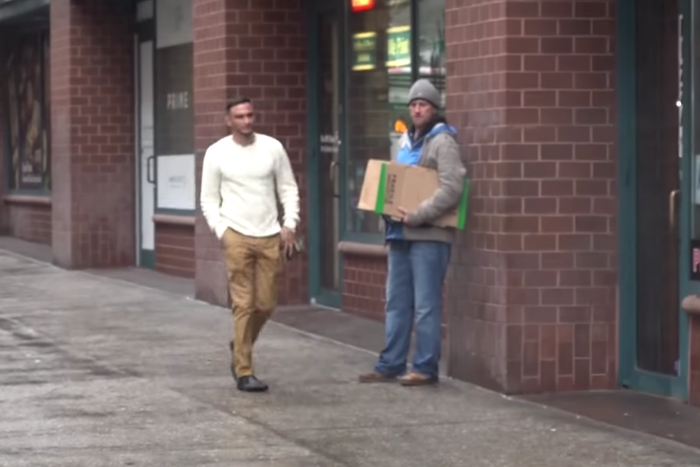 In a video he posted on YouTube in 2017, we see him walk past a homeless stranger named Jay. Acting like he has no idea what’s going on, Waqas lets his wallet drop from his hand and continues on his way.

Jay pauses for a moment, bends to pick it up, and chases Waqas down to return it to him. 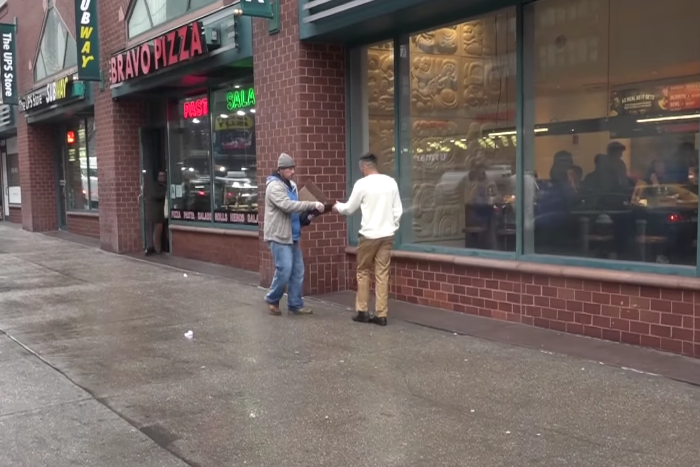 The two of them begin talking, which is when Waqas learns more about the stranger. Jay explains that he is a veteran who suffered several injuries before leaving the service. Not only that, but he is also doing his best to care for his pregnant wife despite their difficult circumstances.

Clearly, Jay could have used the money, but he didn’t take any of it because “giving it back is what you do.”

Impressed, Waqas gives Jay some cash as a thank-you, and the two part ways. Then, Jay does something that completely blows Waqas’ mind. 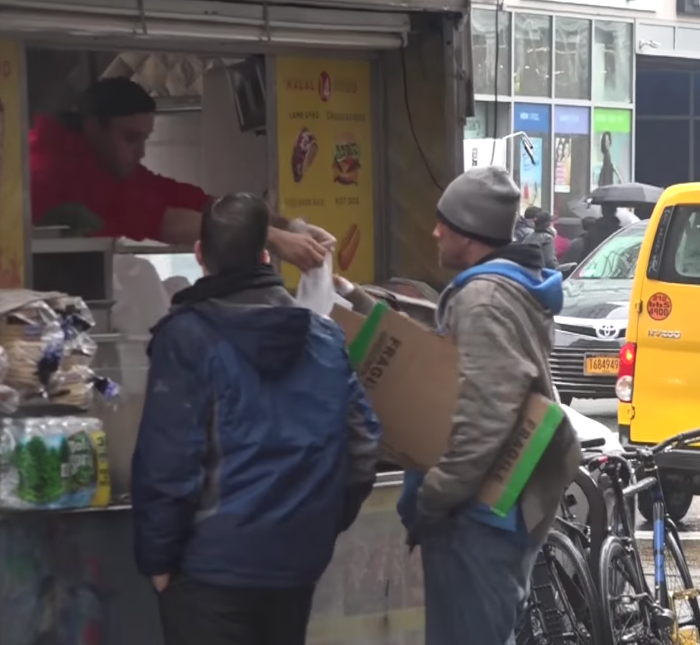 Unaware that Waqas is still nearby, Jay heads to a food truck. Not long after he places his order, he’s handed more than he could eat and returns to where he was just panhandling to feed several other homeless people. 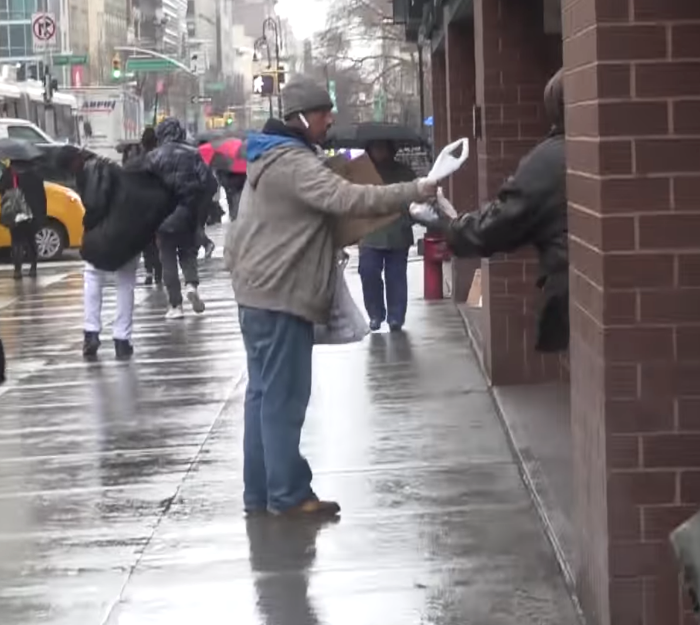 At this point, Waqas is floored. He stops Jay once again to find out why he shared what he had instead of using it to meet his own needs.

Jay’s response was simple: “You help others, they help you.” 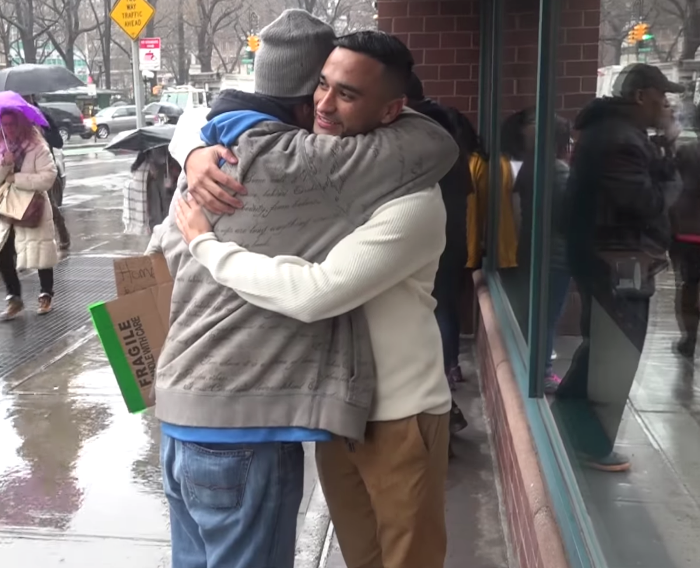 At the end of the day, we all have the power to change each other’s lives. All it takes is looking out for our neighbors in addition to ourselves.

Watch the heartwarming interaction in the video below, and be sure to share this story with anyone who could use a little encouragement today.