During the years he served in Vietnam, the 23-year-old Army helicopter sniper lived under a cloud of fear, burdened with a suspicion that every sunset he saw would be his last. But there was a flicker of light at the end of the tunnel, and it came in the form of a letter.

It wasn’t written by a young wife or fiancée. It wasn’t from a family member. It wasn’t from someone he knew, and it wasn’t even addressed specifically to him. The short note was penned by a student at St. Mark’s Lutheran Church and School in Hollywood, Florida, part of a classroom assignment in which sixth graders were asked to write letters to soldiers serving overseas during the holidays. 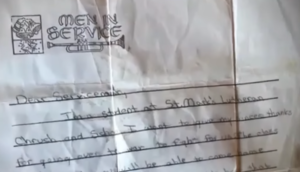 Dear Serviceman, I’m a student at St. Mark’s Lutheran Church and School. I want to give my sincere thanks for going over to war to fight for us … The class hopes you will be able to come home … 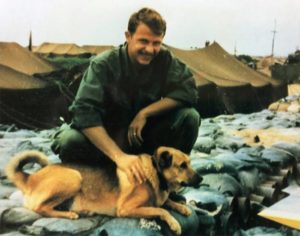 Those letter was signed “DonnaCaye Ludemann,” who was a sixth grader in 1970, the year he received it. 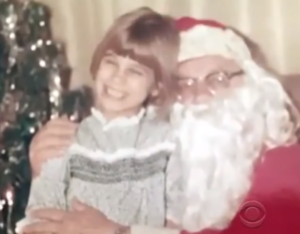 For John, that letter became a talisman, and it helped him survive the rigors of war to eventually return home safe and sound. He’s now 71 years old, and that letter is still tucked behind a framed photo, in a place of honor at his home in Wendell, Idaho. 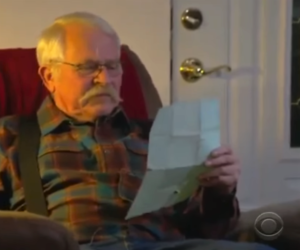 Years later, John asked his family members to help him track down this mystery student, but she was nowhere to be found. At least, that’s what Karma Metzler Fitzgerald told him. In fact, she had found DonnaCaye, who’s now living in Cooper City, Florida, and who clearly remembers writing that letter. 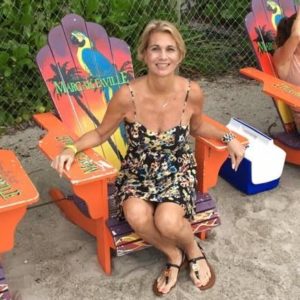 “I was amazed that I could have the opportunity to write to a serviceman and maybe make his life a little simpler for a couple of minutes,” she recalled.

As if tracking her down weren’t enough, Karma secretly arranged to fly her out to Idaho so John could meet her!

Watch them embrace 48 years after that Christmas letter was written and received, and don’t forget to share to warm hearts!

When Fire Breaks Out At Wedding Reception, Entire Town Steps Up To Help Newlyweds.

It was a beautiful spring day on Mackinac Island in Michigan when Elizabeth and Jake Landuyt tied the knot at a local church. They headed over to the Mackanic Island...

‘He doesn’t buy flowers or cook romantic meals, but he always pushes the grocery cart.’: Woman claims ‘love is found’ in small gestures, learns to accept husband as is

Get more stories like this in your inbox! Sign up for Smile, our free daily good news email read by over 825K people! “He always pushes the grocery cart. And...

The History Of Juneteenth And How To Celebrate It.

While most people in the U.S. celebrate independence from Great Britain every year on July 4, not everyone realizes that America's second independence day is just as important. On June...