For those of us who don’t have children or loved ones with autism, it can be hard to tell the difference between a neurotypical temper tantrum and what’s known as an “autistic meltdown.”

Because both appear very similar, people tend to assume the former and, unfortunately, judge. So when nine-year-old Ralph lost control at Florida’s Universal Orlando Resort, everyone around him stared… except for one amazing woman. 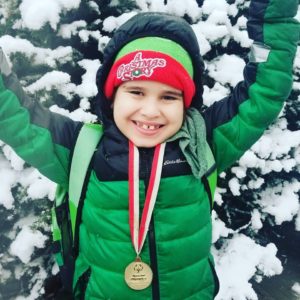 Ralph’s mom, Lenore Koppleman, describes her son as an “awesomely autistic” boy who, like everyone else, has his own struggles. She and her husband, Steve, recently treated Ralph with a trip to the resort’s Islands of Adventure theme park. Ralph only had eyes for the Amazing Adventures of Spider-Man, but waited patiently all day, as the attraction is near the park’s exit and as such, would be the New York family’s last ride. 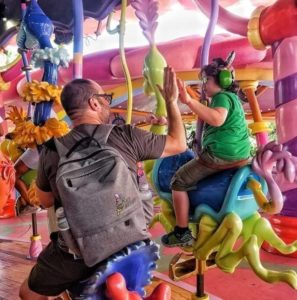 When they finally got in line for Spider-Man, Ralph could barely contain his excitement. “The anticipation was driving him wild,” Lenore wrote. “But he did his very best to regulate it with the tools he has been given over the years by his teachers and therapy team at his special needs school back home.” 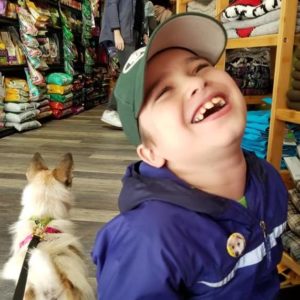 But just before they boarded, an employee came out to tell them the ride had broken down. Lenore says she and Steve knew an epic meltdown was about to take place. “My husband and I know the signs. We could see it coming, like an oncoming train. And yet we couldn’t dodge out of the way.” 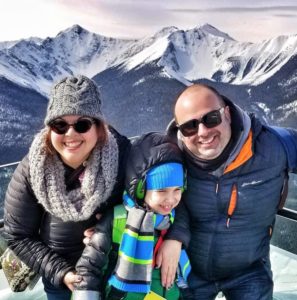 As Lenore put it, Ralph “lost it” in epic fashion. He screamed, cried, rocked, and hyperventilated on the ground. “This is Ralph’s way of saying ‘I don’t know how to monitor and regulate my emotions right now. I need help, please! I’m scared! I’m overwhelmed! I want to feel better and I don’t know how,'” Lenore explained. “And here came Jen to the rescue.”

While everyone else in line stared, park employee Jennifer Whelchel rushed out to help, lying down on the ground next to Ralph and doing her best to comfort him. “She spoke to him so calmly, and while he screamed and sobbed, she gently kept encouraging him to let it all out,” Lenore remembered, adding, “His feelings were validated. And she told him he could lay there with her as long as he needed to until he felt better. ” 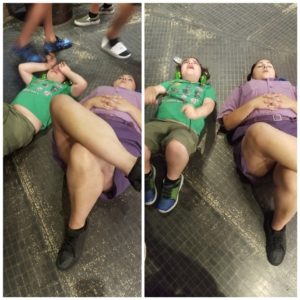 Eventually, Ralph calmed down. Then Jennifer took him to the park’s gift shop afterward and let him pick out what he wanted for free!

As it turns out, park employees receive sensitivity and awareness training, particularly when it comes to special needs customers. But getting down on the ground hadn’t been part of Jennifer’s training. She just knew what to do, though it surely helped having experience with her own eight-year-old nephew, who is also on the spectrum. Regardless, the Koppelmans couldn’t be more grateful for the understanding and patience she showed their son.

Share this story to encourage others to offer help if they find themselves in a similar situation.