As a cheerleader, 17-year-old Tyra Winter prides herself on her ability to lift people’s spirits.

But what the Texas teen recently pulled off in uniform went far beyond rallying sports teams. She was riding on a float in Rockwall High School’s homecoming parade this September when she heard a cry for help. Then, she saw the terrified mom holding a little boy whose face had turned purple. 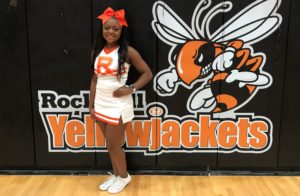 Nicole Hornback panicked more with each second as her two-year-old son, Clark, choked on a piece of candy. She’d never learned the Heimlich maneuver and felt absolutely powerless.

“I just happened to look over to him and there was no noise, there was no coughing, there was no breathing,” she said. “To feel so useless as a mother was the most terrifying thing in my life.” 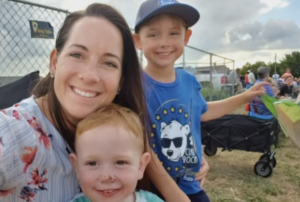 But fortunately for her, Tyra knew exactly what do to. The high school senior jumped off the float and sprinted over to the family, where she immediately began working on the toddler. Her mom is a medical professional, and as such, Tyra received CPR training in the eighth grade. She couldn’t be more grateful for the knowledge as she finally dislodged the candy from Clark’s throat.

“I grabbed him and tilted him and I gave a good three back thrusts and he ended up spitting up,” Tyra explained. 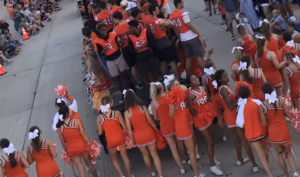 Nicole finally got the chance to thank Tyra in October when all three reunited at the school. Inspired by Tyra’s heroism, Nicole says she and her family plan to undergo CPR and first aid training as soon as possible. 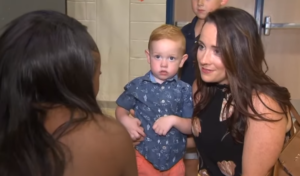 “She saved my baby,” Nicole said. “I commend her for being a teenager and being trained.” 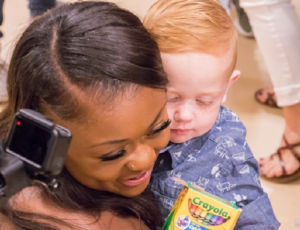 If we all take Tyra’s lead and learn the same lifesaving techniques, we won’t have to feel helpless like Nicole did. And it might just help us save another life.

Learn more about the cheerleader turned hero in the video below. Share to encourage others to get CPR and first aid training.