Some siblings share a bond so special, witnessing it takes your breath away.

In a video that has gone viral on Facebook, we meet a little boy named Turner and his brother, Griffin. Turner has Down syndrome, but that diagnosis doesn’t matter one bit to Turner. The two boys are best friends, and are quick to tell everyone that they plan to remain best friends for their entire lives. 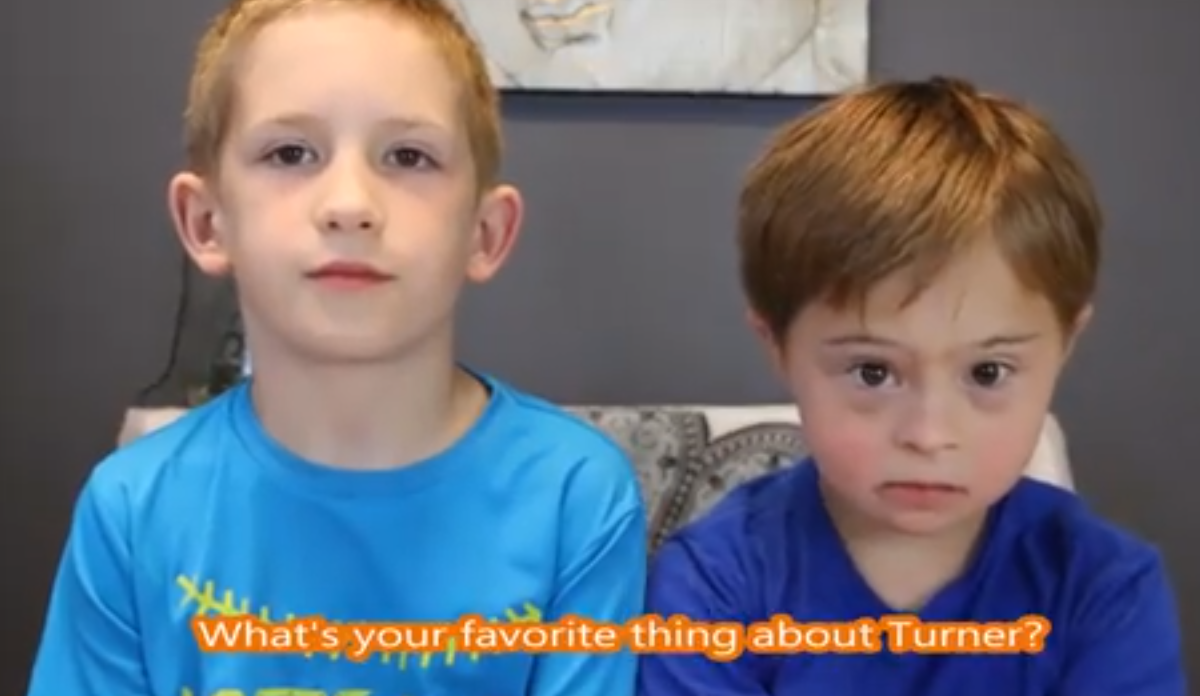 As a voice off-camera asks the boys a series of interview questions about their close bond, the kids answer truthfully… and adorably. Griffin, or as Turner calls him, “Biffin,” tells us that his favorite thing about his brother is “everything.” 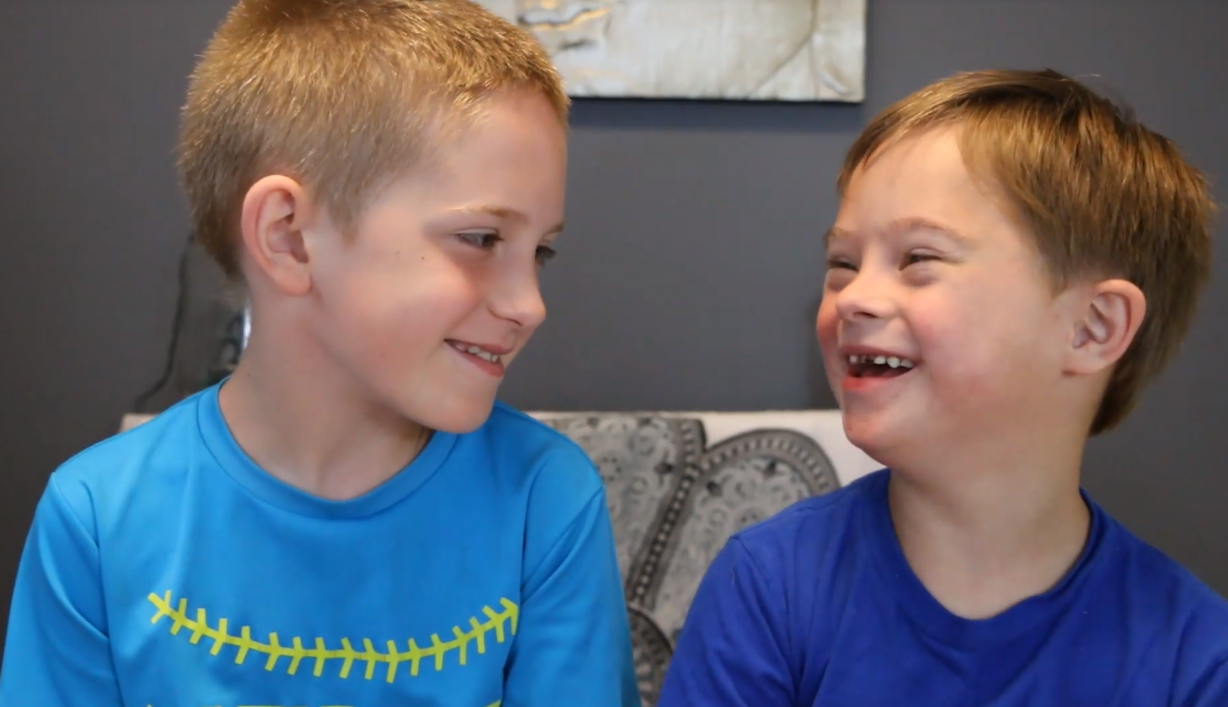 On a comment on the Facebook video, we learned that the boys’ parents told Griffin that Turner is diagnosed with Down syndrome at age three. The first thing he said after hearing this news was, ‘If Turner has Down syndrome, then so do I.‘” 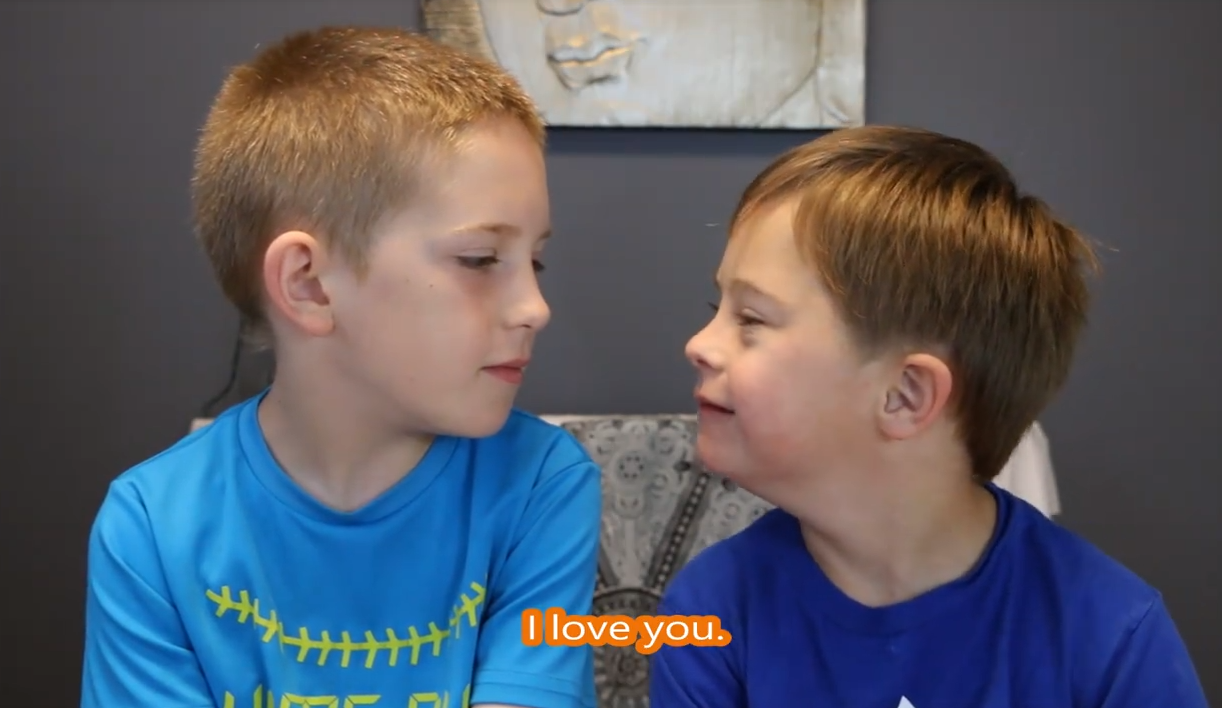 “It makes me feel good to have a brother like him,” Griffin elaborates. “I love you,” Turner tells his brother.

The two boys can’t stop making each other laugh. 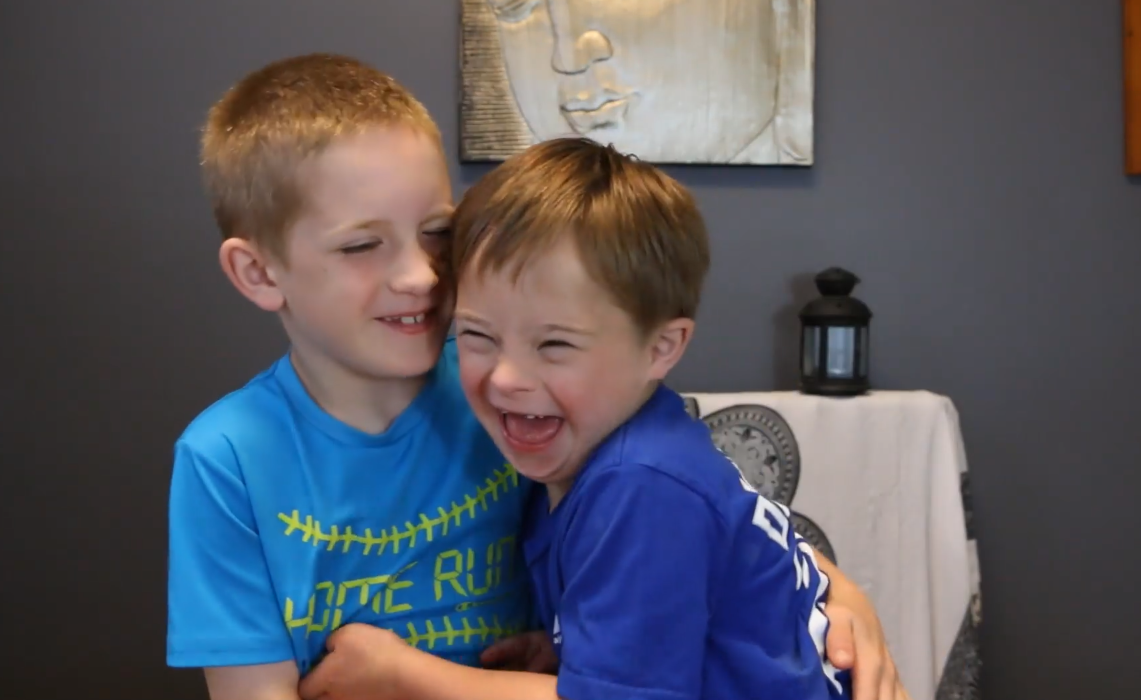 “He has the best laugh in the world!” Griffin explains, before making the little guy demonstrate that wonderful laugh by tickling him like crazy.

And seriously… we can’t handle the cuteness! 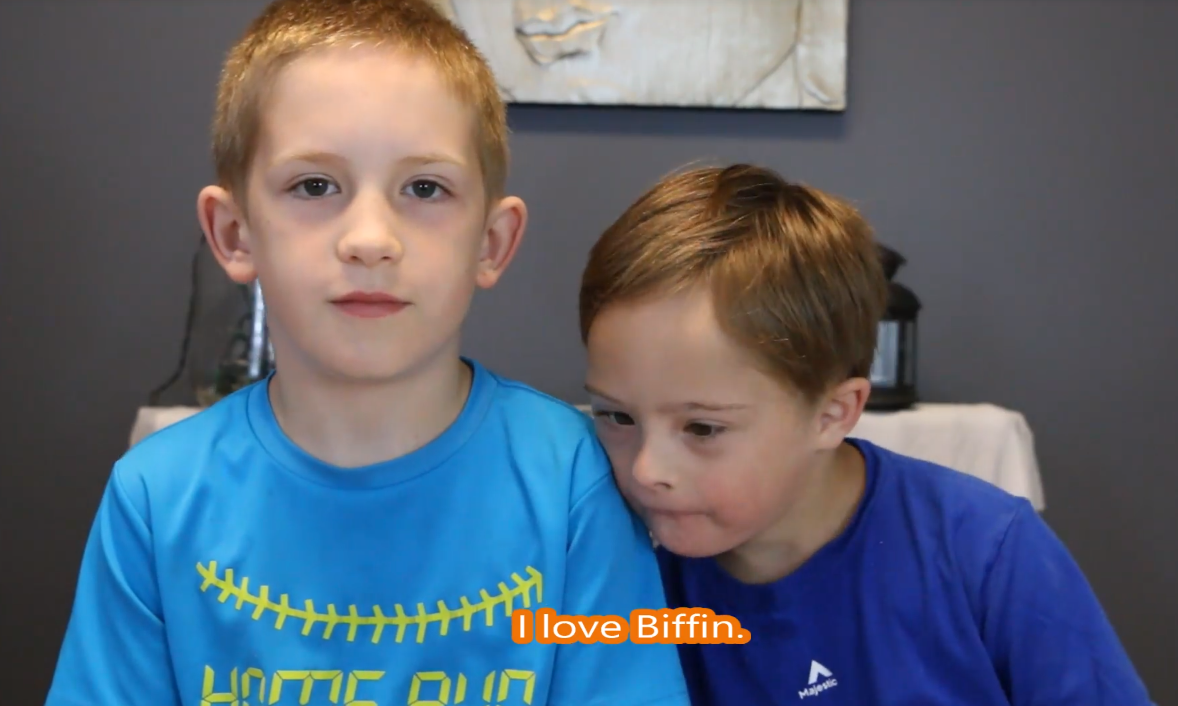 “I love Biffin,” Turner says, gazing at his brother adoringly.

These kids are giving everyone who sees this video serious #SiblingGoals. If only all brothers loved each other this much — it would make many parents’ lives much easier. 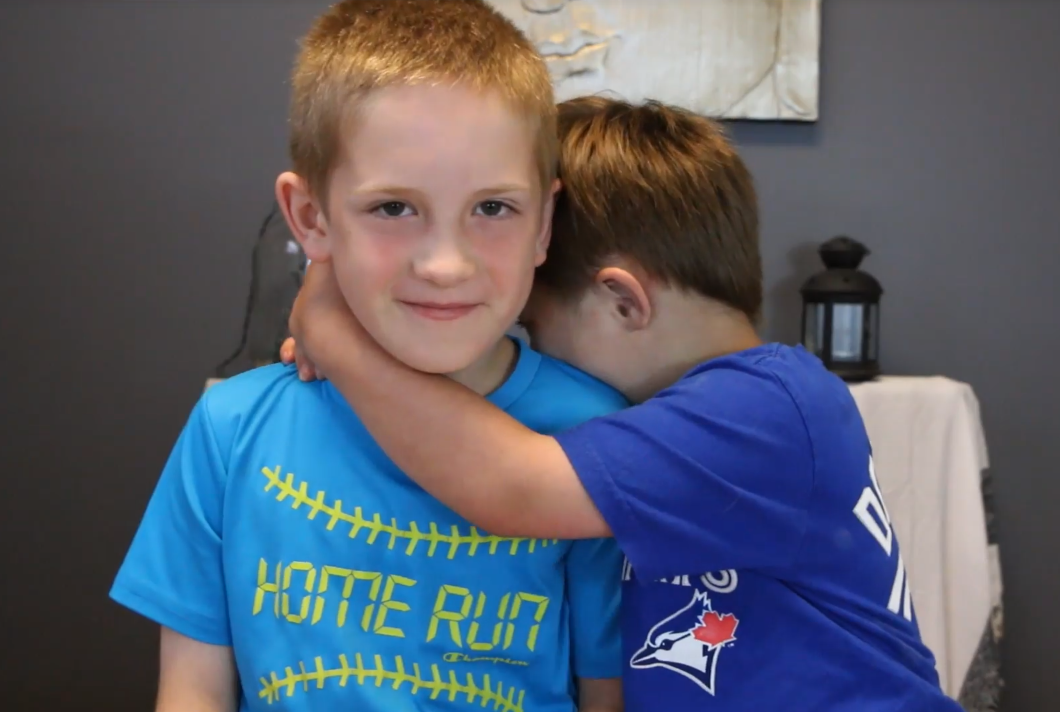 Although the boys admit that sometimes they argue and squabble, those moments can’t diminish the joy they experience just walking through life side by side.

It’s impossible to watch these two talk to each other without smiling at the love that glows between them, but your heart will totally swell to twice its size when you hear Griffin’s answer to the question, “What do you think you’ll be like as adults?”

“Kind,” Griffin says, after a pause. “And loving.”

We think he’s well on his way to achieving that goal, don’t you? Watch these incredibly loving brothers below, and be sure to share to spread the love even further.

Turner is diagnosed with Down syndrome and wants to be like his big brother.Griffin, lovingly referred to as Biffin, has realized that he is fortunate to have a younger brother who will be his best friend for life.