Five years ago, Juniper French was born at 23 weeks weighing only one pound.

Her worried parents sat by her incubator night and day as the infant, who was not expected to survive, fought for her life. Juniper repeatedly stopped breathing and required resuscitation. On what mom Kelley Benham French describes as “the worst night,” father Tom French opened up the first volume in a seven-volume series and began to read aloud to his daughter. 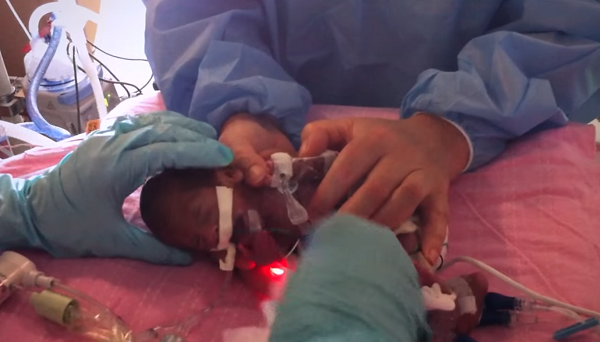 “Chapter One: The Boy Who Lived,” Tom read. As Harry Potter fans know, this is the first line of the epic saga of a boy wizard who repeatedly defies death and finds friendship, love, and family along the way.

“He needed to say those words,” Kelley wrote, adding, “Tom saw it all more clearly than I did. He wanted Juniper, born barely viable at 23 weeks gestation, to hear a story about children who could fly. He wanted to read to her about a baby who survived the most powerful evil in the world because his mother stood by his crib and protected him with her life.”

Juniper responded well to Tom’s reading. Kelley explained, “When Tom read to her, she breathed better, held her temperature better, seemed generally more content. Tom read every paragraph in a soothing, sing-song voice, and when he stopped, her oxygen levels would plummet and the alarms would blare. ‘Keep reading!’ the nurses would shout.” 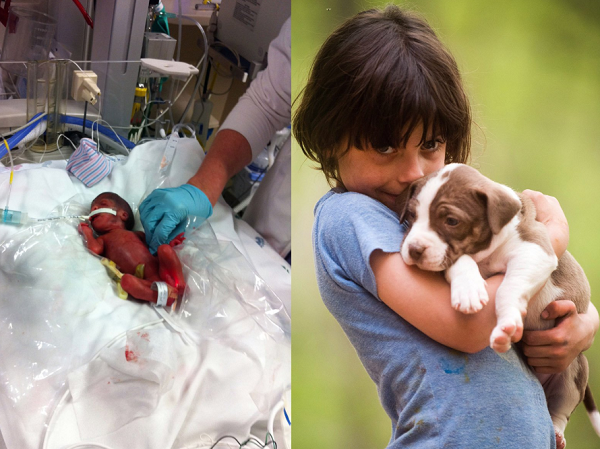 After spending 196 days in the neonatal intensive care unit at All Children’s Hospital in St. Petersburg, Florida, Juniper was finally out of the woods and able to go home to her family. To say that she’s come a long way since those early days is an understatement, but one thing that has never changed is this super fan’s fondness for all things Harry Potter.

Even author J.K. Rowling reached out to the family when she learned that her books had helped save Juniper’s life, so when the “A Celebration of Harry Potter” event was held at Universal Studios in Hollywood, California, naturally a now-5-year-old Juniper got special access. It was at this event that Juniper got to meet one of the biggest villains of the Potterverse, Draco Malfoy. Or, as he’s known in real life, actor Tom Felton. 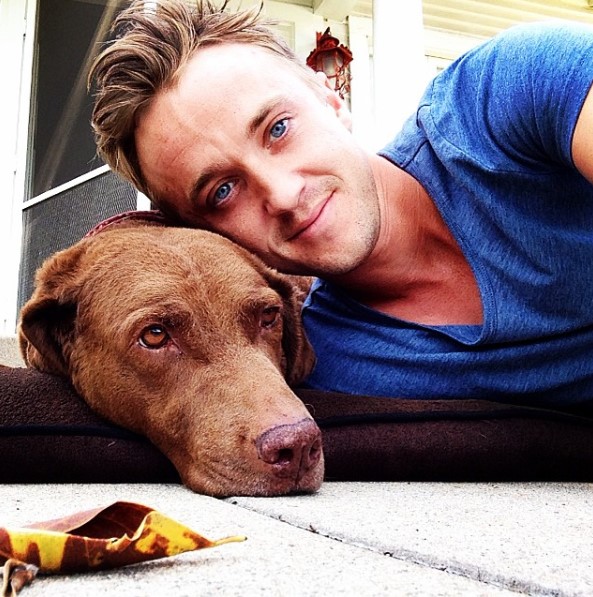 While Tom played a character fans love to hate, in real life he’s a teddy bear of a person. His Instagram is filled with pictures of the actor-turned-musician cuddling with dogs, greeting fans, and hanging out with other former cast members. Yet none of those other pictures or videos compares to the one Tom shared after meeting Juniper.

In the now-viral clip, Juniper runs out of an open door dressed in head-to-toe Harry Potter garb. She’s got her little wand held aloft and her wizard robes flutter wildly as she leaps into Tom’s waiting arms with zero hesitation. Tom immediately begins speaking to her as if they’re old friends. 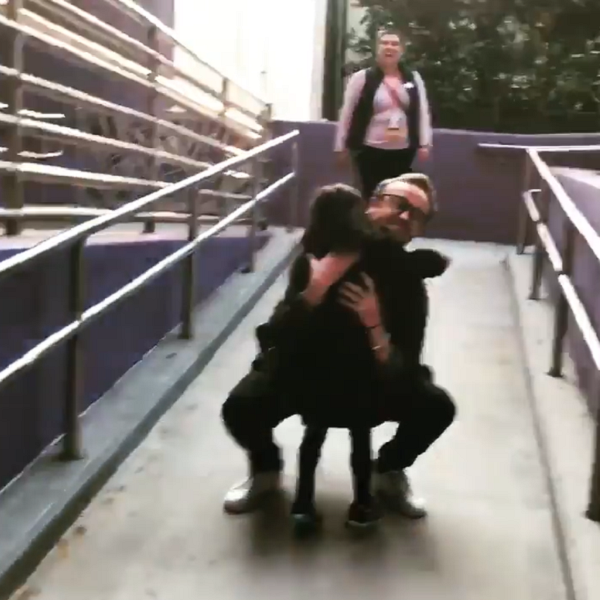 “Hello, Junebug!” Tom says as he lifts her up for a big hug. As he spins her around in circles he speaks quietly to her, introducing himself as Tom before saying, “I played Draco Malfoy. Do you wanna hear a secret? I’m nice in real life. It’s only Draco that’s mean. Tom’s a really nice person, I promise.” 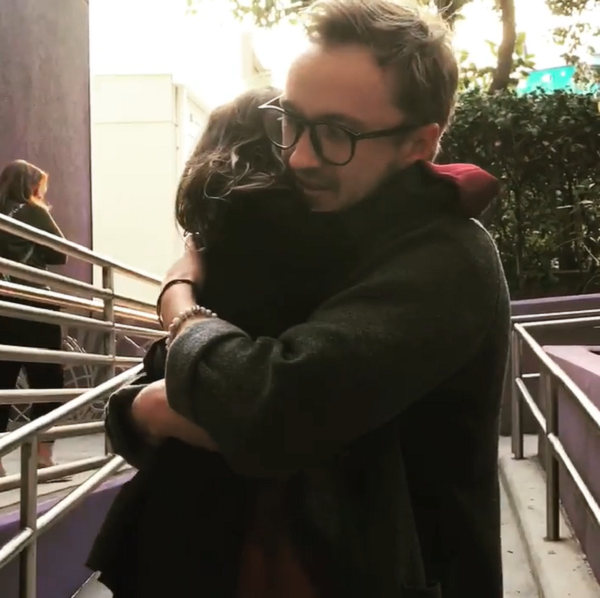 “Some kids get scared!” Tom adds as he sets her down on her feet for a proper British handshake. The actor had clearly learned about her story and has a lot of admiration for “the girl who lived,” and his affection for her would warm even the coldest hearts. Juniper is a true warrior who has already fought more battles than most people ever will. She deserves all the hugs! 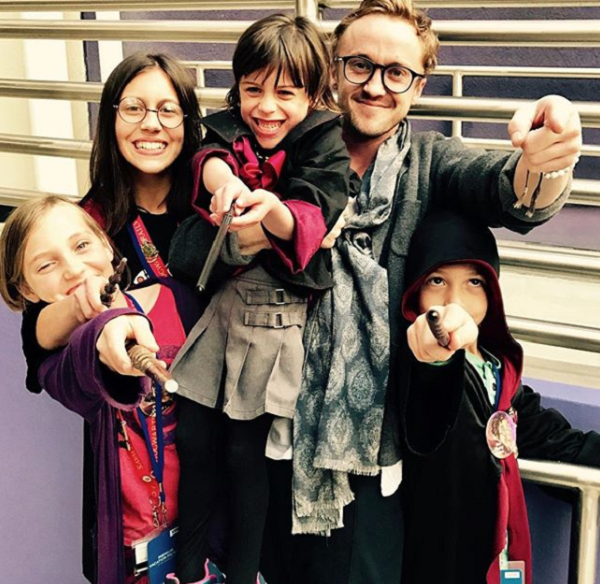 The Harry Potter books have given so many people the hope that they need to succeed, but few stories are as incredible as Juniper’s. This resilient little girl is an example of real hope in our world, and we’re so grateful to Tom for giving her this dream encounter.

Watch Tom meeting Juniper in the video below, and don’t forget to share.