Thao Nguyen couldn’t figure out why her boyfriend, Jon Blaze, was making so many sharp, unnecessary turns during their ride through Houston. But she was starting to get irritated.

The Texas couple has cycled a lot in the three years since they got together, but this was the first time Thao felt Jon had no idea what he was doing. What she didn’t know was that Jon had a very special purpose for all of those turns. 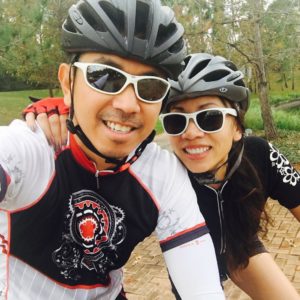 Jon and Thao first met on Valentine’s Day in 2016. Right from the start, they knew they were a perfect match. They both love traveling and cycling, and share photos of their adventures on their Instagram account @CyclingCouple. Nowadays, they ride together at least twice a week and even lead social rides in Houston. 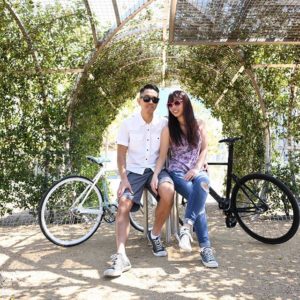 Earlier this year, Jon decided to make it official. He knew he wanted to spend the rest of his life with Thao, but he needed to pop the question in an unforgettable way. Then, the idea came to him — he’d take his girlfriend out cycling and track their route so they would spell out the words on a map. Then, in March, Jon and Thao set out on a 15-mile bike ride beginning in Buffalo Bayou Park. 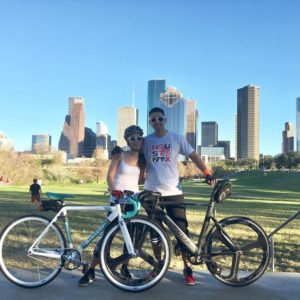 Thao was pretty confused about all the twists and turns… that is, until they finished. That’s when Jon showed her the map. Spelled out were the words, “Marry me.” All her irritation and confusion washed away in an instant.”I went from being so annoyed by all the crazy turns we did to being completely shocked and with the biggest smile on my face,” Thao said. Her answer? Yes.

Jon shared his proposal on Reddit, where another user smartly pointed out, “If she played along with that bonkers route she’s a keeper for sure.” We can’t argue with that! 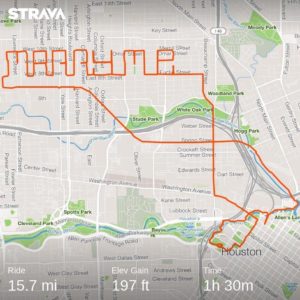 Jon’s proposal couldn’t have been more fitting or perfect — just like how he and Thao are together. Congratulations to the happy couple! May you enjoy many more years filled with spinning wheels and plenty of adventures. 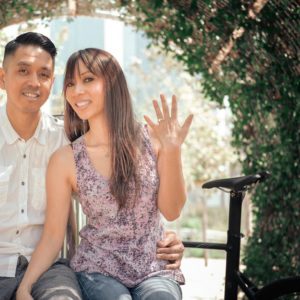 Be sure to share this sweet story with all your friends!