We say this with all the love in the world, but honestly… kids are weird.

Each child has his or her own particular set of quirks that makes them as unique as snowflakes. Sometimes those quirks are charming; sometimes they’re a little more, well, odd. Take this little girl in New York City, for example. She has developed an attachment to a toy that has her parents scratching their heads: a plush likeness of William Shakespeare. 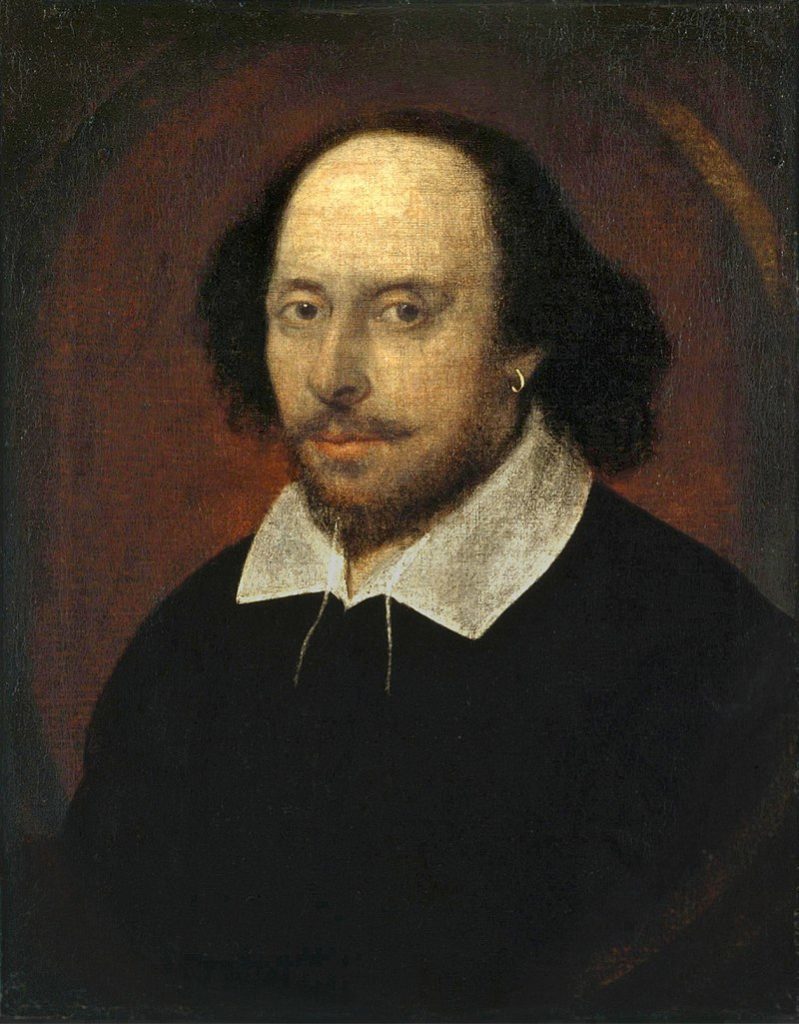 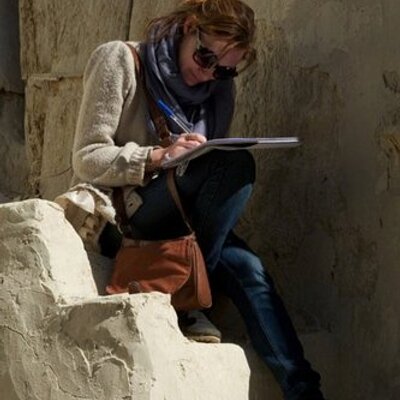 McBain is from the United Kingdom but works and lives in New York. In recent months her 20-month-old daughter has become absolutely obsessed with her “Shayspar” doll, which was gifted to her last Christmas but suddenly had a resurgence in popularity for some odd reason.

As the little girl got more attached to her strange doll friend each day, McBain started to wonder if she should “accidentally” “lose” the Bard before things got even weirder. 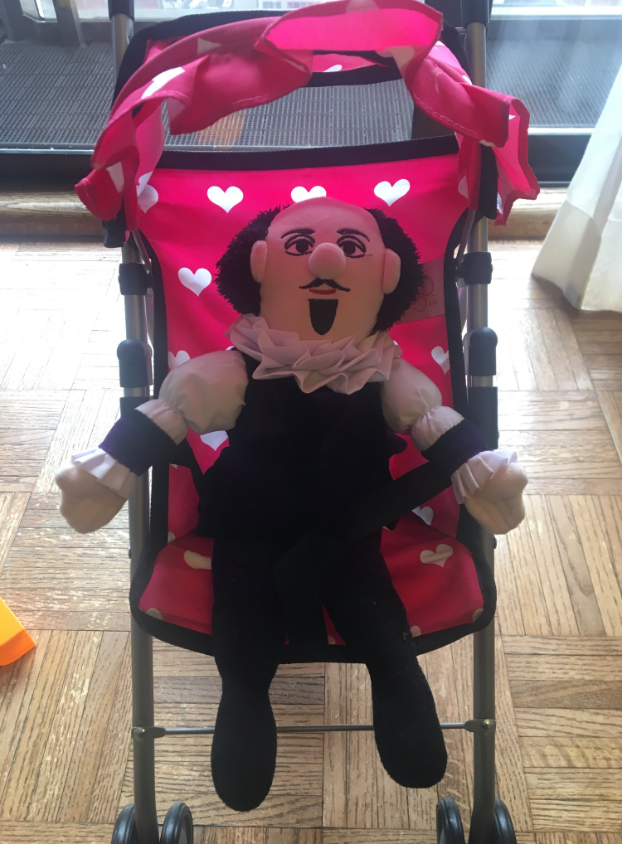 “My daughter was given this creepy William Shakespeare doll and it has become her favourite toy,” McBain wrote. “She cuddles ‘Shayspar’ at night, brushes his gross old man hair & puts him on the potty. Do I just embrace this? Do I hide him before their bond is unbreakable?”

McBain described how her daughter totes Shayspar around the house all day long, taking him for walks in a stroller, having breakfast together, and finally tucking into bed at night after a long day of penning soliloquies and sonnets, presumably. 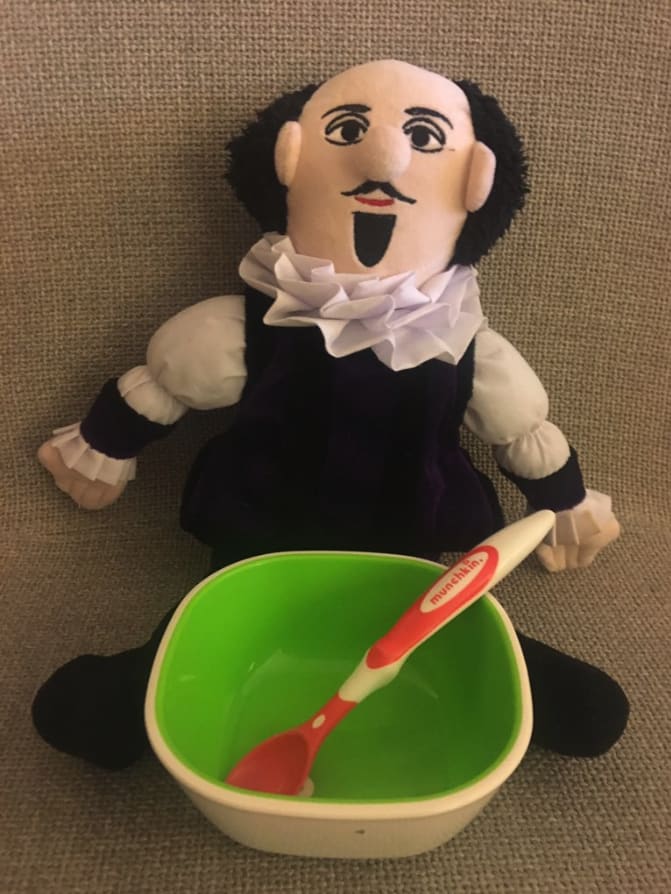 “She’s got all these cute stuffed monkeys and bunnies and an Elmo toy, but for some reason, it’s ‘Shayspar’ who’s really captured her imagination,” McBain said. “She likes to put him on the potty quite a bit, which is interesting because I’ve been trying for a long time to get her to sit on the potty, and it’s not happening, but Shakespeare spends a lot of time on the potty.” 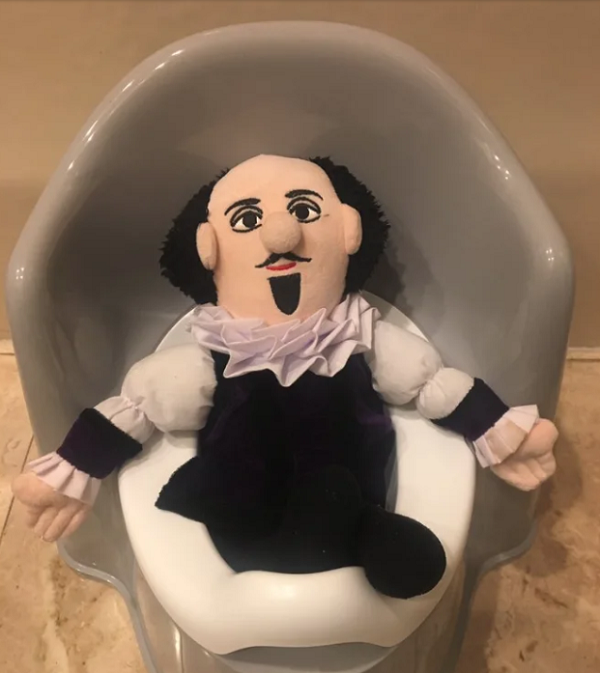 “Sometimes she gets frustrated with him because she wants him to sit up independently, but he’s too floppy to do that,” said McBain. “She’ll go, ‘Shayspar, sit! Sit!’ and gets very stressed out.”

As you can imagine, McBain’s story garnered a huge reaction online, and some of the responses are pure gold: 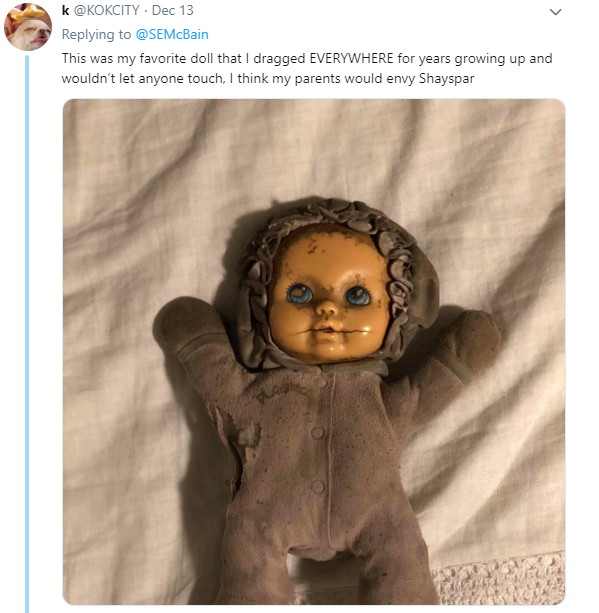 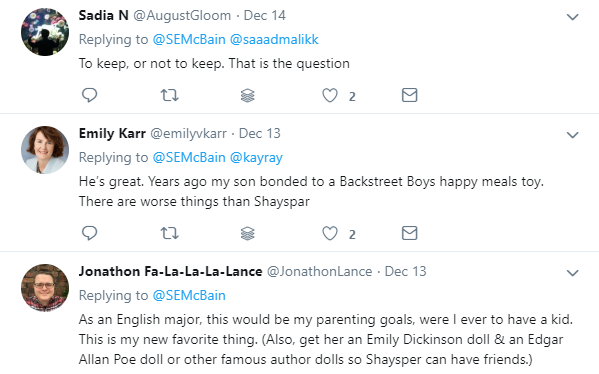 Honestly, we’d let her keep Shayspar for as long as she likes! She clearly loves her doll and it makes a funny story to tell… Just think about the fun you’ll have reminding her of this phase when she’s a teenager!

If this made you laugh, please share this story to give someone else a good chuckle, too.