For more than a decade, great-grandmother Tinney Davidson waved to the students who walked past her house on their way to Highland Secondary School.

Tinney and her husband Ken moved into the house on Guthrie Road in Comox, British Columbia, Canada in 2007 and quickly began their ritual of greeting the kids. After Ken passed away, Tinney continued her tradition on her own, waving cheerfully from her seat either on her front porch or inside her living room window. 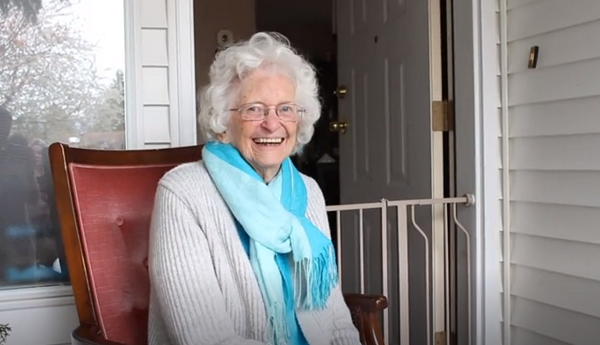 “I just liked the look of the children and they all looked in and I thought, ‘If they’re looking in, I’ll wave to them,’ and that’s how it started,” Tinney explained. Not only did the students soon start waving back at Tinney, but some of them were also stopping by to check on her or have a quick visit.

Teachers at Highland say that whenever Tinney wasn’t in her window, students would become worried about their adopted grandmother. “When she’s not in her window, away on holidays, the kids are quite concerned,” said one school administrator. “So we’ve just adopted each other and it’s been beautiful.” 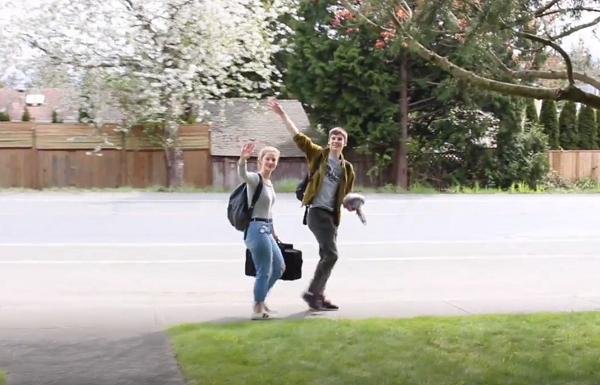 Tinney is now eighty-eight, so she has made the decision to move into an assisted living facility. When the students heard that she was leaving town and they wouldn’t get to see her each day, they decided to do something special to let her know how much she has meant to all of them over the years.

One April morning, over four hundred students headed to Tinney’s house after school carrying signs, flowers, and other goodies. 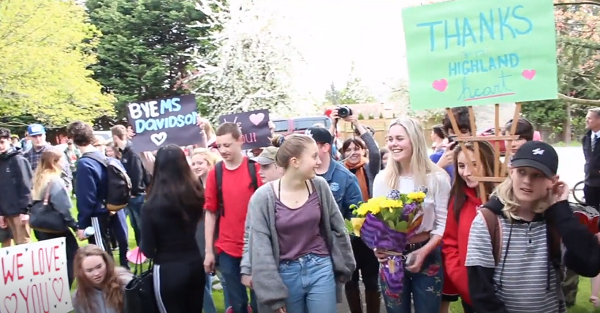 When Tinney saw the hundreds of students gathered on her front lawn she was delighted, clapping her hands and saying, “Oh, lovely, thank you!” Some of the teens had made her cards to thank her for her kindness over the years, and the senior class organized a moment when the whole group counted down to blow one big kiss to their beloved “grandmother.” 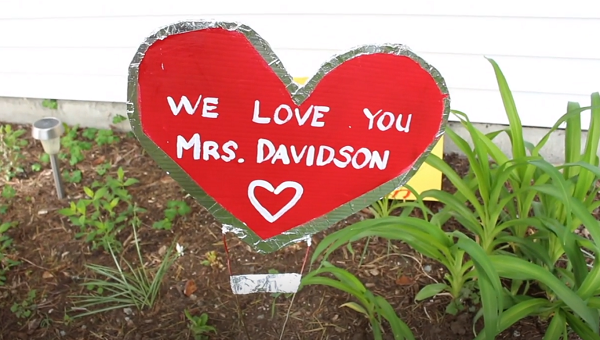 “To get 500 teenagers out and moving in one direction sometimes can be a really big feat, but you saw them, they were all so excited to come and see her, so they just really love her a lot. It’s genuine,” the school administrator said. “Because she is moving, we had to do something special, and there’s a lot of research that says that the better we connect in our human relationships, the happier we are.” 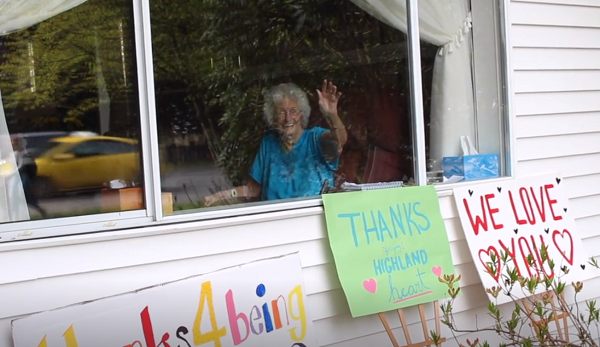 “She’s just so full of love,” said a student. “She just loves seeing us, and we love seeing her too.” Tinney is proof positive that when we put love out into the world, it will come back to us tenfold. All she did was be kind and show kids that we are all a part of one big human community.

Watch the video below to learn more about Tinney, and don’t forget to share.

For over a decade, Tinney Davidson waved out the window of her Comox, B.C., home to students on their way to school.Now she's moving away, so the students gave her a proper send-off. Read more: www.cbc.ca/1.5112927