This unconventional piece of music has been performed many times by many artists, even being prominently featured in a variety of commercials and theme songs over the years. Yet in 2011 the “Voces para la Paz” concert in Madrid, Spain, the song was performed so perfectly that it continues to bring a smile to music lovers’ faces even years later. 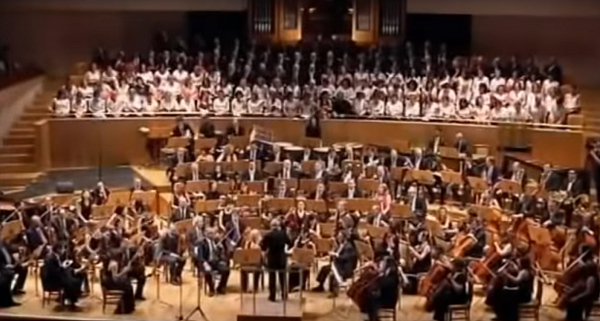 As a full professional orchestra and choir warm up, conductor Miguel Roa is waiting for one additional performer before beginning “The Typewriter.” Finally, soloist Alfredo Anaya emerges from the wings pushing a little cart which holds the sort of small black typewriter on which your grandmother likely learned how to type.

The conductor indicates that he’s been waiting for Alfredo, who makes a show of asking for a stool to sit on. He is taking his role — and his instrument — very seriously even though the other musicians around him are already giggling. After a few moments of adjustment the orchestra is ready to begin. 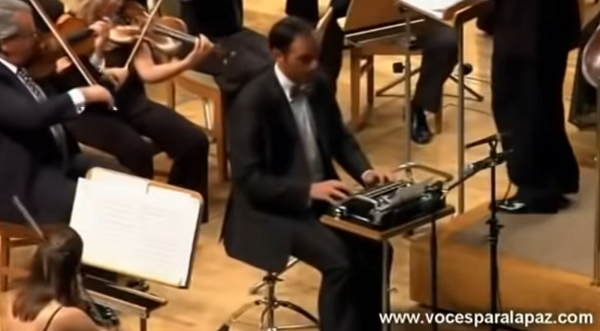 It may look like Alfredo is there to take notes, but he’s actually there to play his instrument which is, you guessed it, a typewriter!

You can hear the crowd laughing as the song goes on and Alfredo becomes more and more animated. The funniest part of the whole thing has to be the serious way the musician plays such a silly instrument! 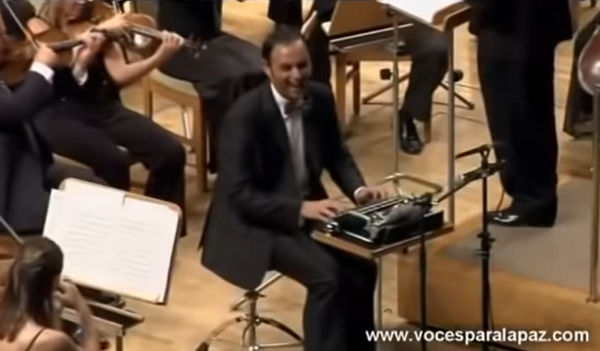 By the time the song ends we’re as delighted as the audience who watched it happen live. What a fun addition to the symphony! We’d love to see more songs featuring office equipment. Perhaps a fax machine jam band?

Watch “The Typewriter” below and be sure to share this story to put a smile on someone’s face today.

Just when Silvia Rayssa thought she'd seen everything there was to see when it came to animal cruelty, she met a Siberian husky named Maya whose condition made her sick...

10 Ways To Connect With Your Spouse Today

Get more stories like this in your inbox! Sign up for Smile, our free daily good news email read by over 825K people! Courtesy of Jehava Brown If you’re married...