A nightclub promoter is probably the last person in the world you’d expect to be in the business of entertaining the elderly.

Simon Casson got into the nightclub business in 1995, when he and a group of performance artists held an event in a south London pub. In the years since, this London-based Duckie, has brought his performance to backstreet pubs and posh theatres; traveling everywhere from Berlin and Greece to Tokyo and Australia. 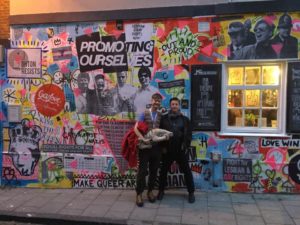 With such a busy schedule, you wouldn’t think they have much time for people in their 60s, 70s, and beyond. But they decided to expand their operations back in 2011, when Simon’s mom moved to a new city at the age of 80 and found herself lonely and isolated.

He and his sister, Annie Bowden, came up with the idea of throwing her a vintage tea party and invited a couple of her elderly neighbors. A bigger party soon followed, and the idea gradually gelled into “The Posh Club”. 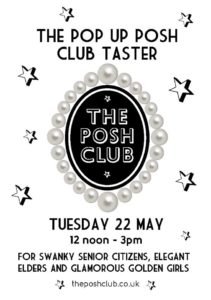 One patron, a rector named Father Niall Weir, has thrown his full support behind the concept, saying:

One of the biggest challenges we face is the isolation of older people. The Posh Club tackles that superbly. It gives its guests everything that is needed for human contentment: connection, laughter, physical activity. The implications it has on improving health and well-being are extraordinary. 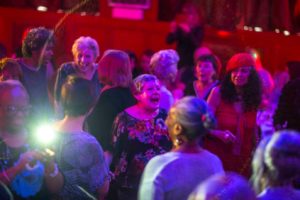 Based in Crawley, south of London, the club hosts weekly cabaret-style gatherings specifically for men and women in their golden years. It’s an opportunity for them to cut loose, dressing up in costume jewelry, capes and top hats and enjoying the shared camaraderie. 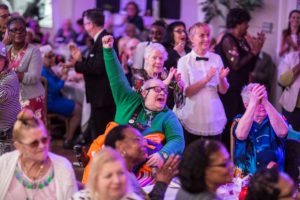 So what if some of them use crutches, walking sticks, and wheelchairs to get around? That certainly doesn’t stop them from pelting their granny underwear at the entertainers and enjoying their tea sandwiches and scones. 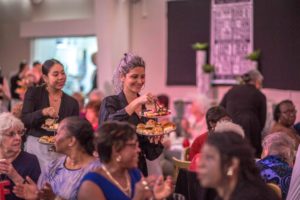 “The Posh Club” mainly operates in Crawley, but it has satellite locations in several other cities. Dicky Eaton, the Duckie member who produces the events, says the club is part of an “anti-loneliness campaign presented as a club event,” drawing about 10,000 elderly residents throughout the year.

A lot of our guests maybe don’t get out as much as they once did and don’t see friends as often. Well, this provides a unique way to do both, while also being part of something that’s vibrant and exciting. Just because you reach a certain age, doesn’t mean you don’t want to have fun anymore. 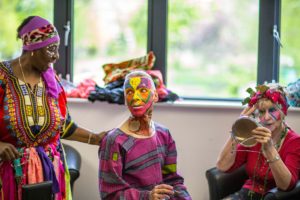 With so many families living so far away from each other now, there are too many elderly residents out there who rarely receive visitors who can help keep ward off their loneliness and check up on them to make sure their needs are being met.

Share to spread this idea to other parts of the world!