Everyone who has a dog knows how much of a difference they can make for our mental health and well-being.

Today, schools in Cardiff, Wales, are seeing the benefits of having a furry therapist around, and it’s all thanks to an adorable border terrier named Baxter. 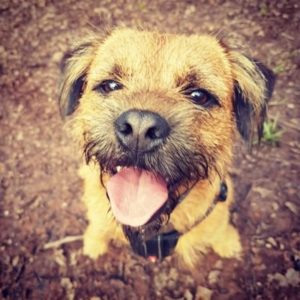 The 3-year-old dog and his owner, Dave O’Driscoll, visit local high schools every week as part of The Baxter Project. They’ve been going for so long now that Baxter is even an honorary staff member!

Dave is a former probation officer and youth worker with experience in trauma recovery, and he’s passionate about making a positive impact. That’s how he realized Baxter was the perfect way to help kids build trust and feel comfortable! 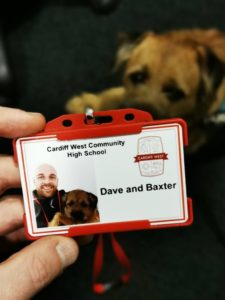 During each visit, the two of them take at-risk students on hour-long walks. Baxter’s presence is disarming, and as the teens build rapport with them, they start opening up about their struggles.

“It is far more than putting a dog in a school and hoping for the best. It’s targeted early intervention,” Dave said. “Baxter is a way in. The young people like to take the dog out. It’s an hour out of school, and it’s easier to talk while you are walking.” 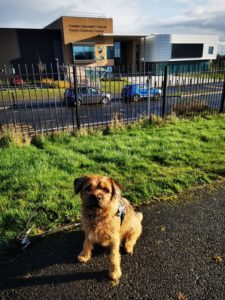 Participating schools have already reported improvements in their students’ behavior. A recommendation letter from Pontypridd High School reads, “For each individual one-hour session, the pupils return positive, happy, and fully involved. Even our most withdrawn pupils have engaged with the project.”

“The Baxter Project has been a revelation,” added Becky Chadwick, Cardiff West Community High School’s acting special needs learning coordinator. “There have been measurable improvements in attitude, behavior, and attendance, as well as a general boost in happiness and confidence levels.” 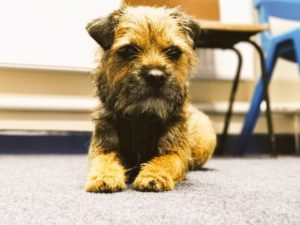 Since 2018, he and his dad have helped about 40 students, and with the addition of Baxter’s sister, Trixie, that number is sure to double soon. 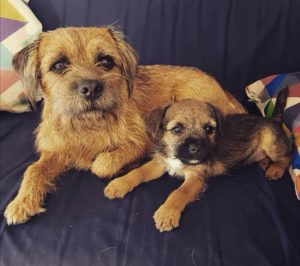 Isn’t it incredible how a simple walk can encourage healing? As if we needed more reasons to love dogs!

Share this story to spread the word about The Baxter Project.