I don’t make New Year’s resolutions. I never really have, that I can remember.

I don’t usually click on those silly internet quizzes or fortunes or other nonsense, either.

But, for some reason, I decided to click on precisely one of those silly internet things that promised to predict what my New Year’s resolution should be. Who knows why, I sure don’t. But I did. (And thankfully, my phone didn’t immediately shut down from some virus.) 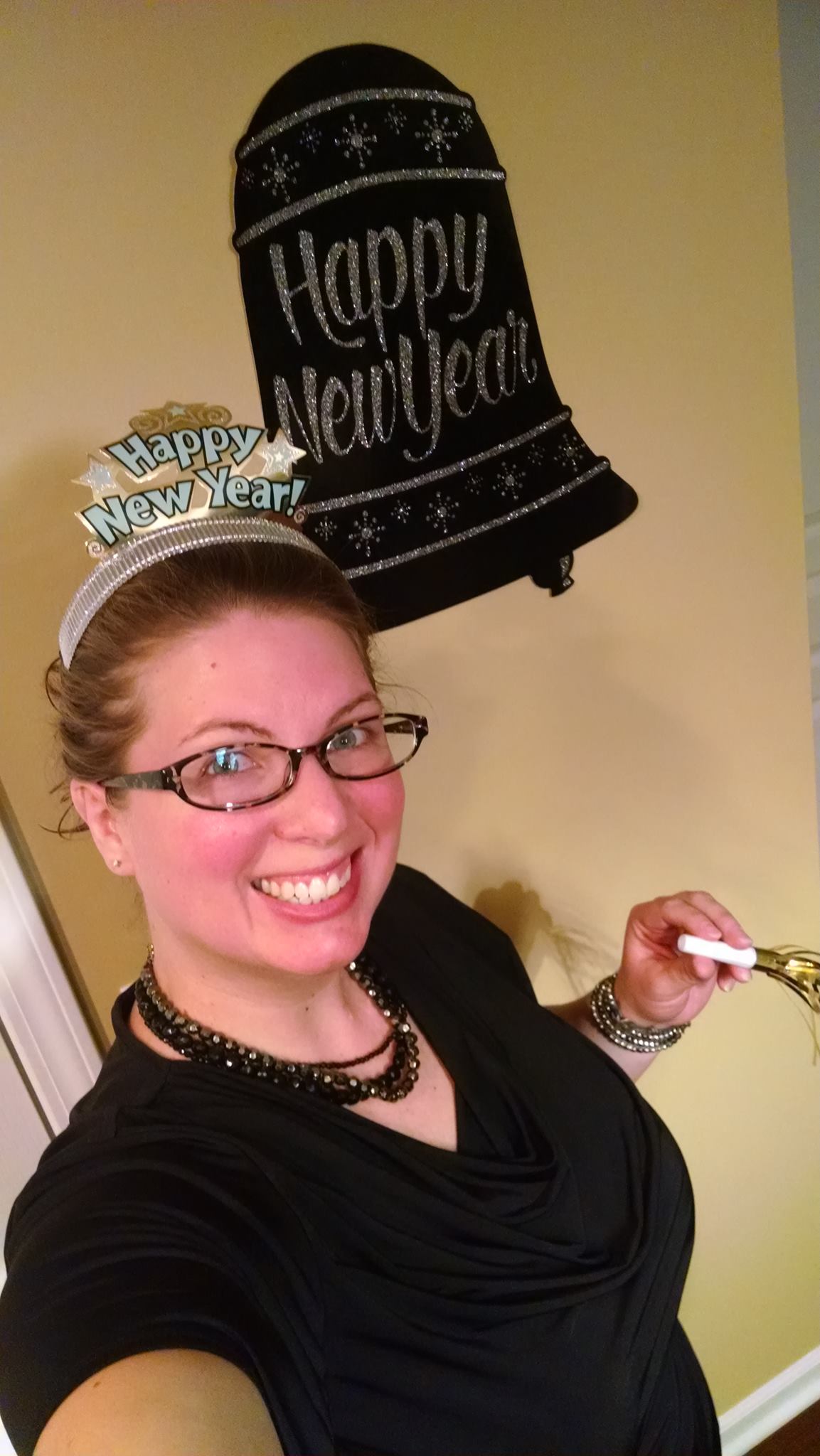 It wasn’t a quiz. It was just a random chance at a select number of options based on what moment I hit the screen capture button.

The result was surprisingly thought-provoking. 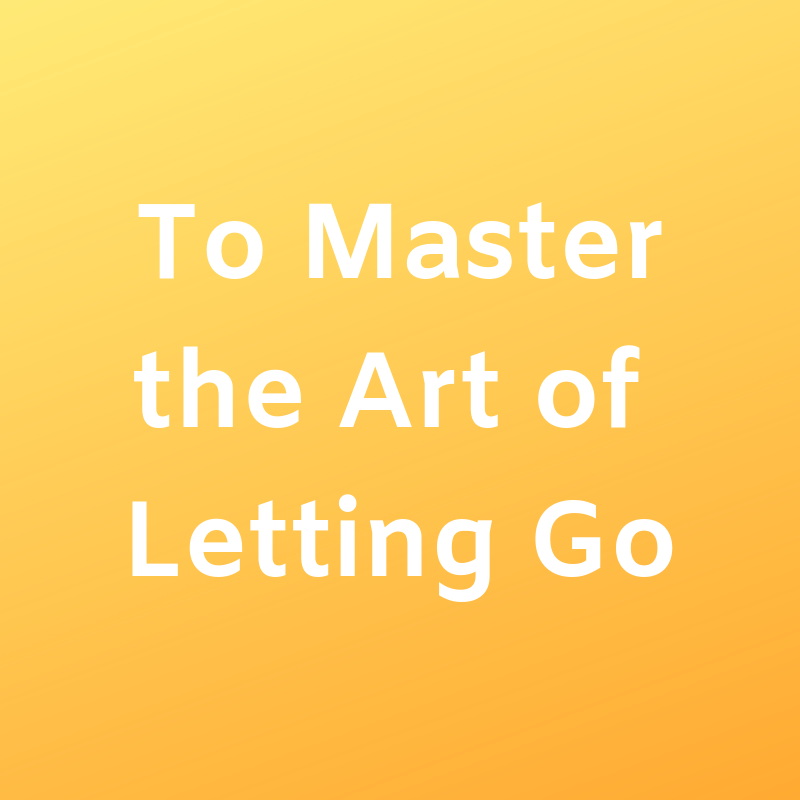 “To Master the Art of Letting Go.”

Mmmhmm. I felt it.

That was two years ago… and it ended up being the best (and only) New Year’s resolution I’ve ever kept.

Without giving it a label, I had already been working on it for several months and I definitely wanted to “master” it in the coming year(s).

Here are some ways I have been keeping to that resolution:

Letting go of clutter and stuff.

The battle against too much stuff has been a long-suffering challenge. My husband and I both hung onto things. We clung to things because we’re frugal and didn’t want to get rid of something if there was even the slightest chance we might need or want an item like it at any time in the future. We hung onto things because we’re sentimental and we are both only children, so many family items have been passed onto us — some valued heirlooms, some… less so. We both had boxes of things from our childhoods as well as boxes of stuff from when our kids were smaller. We hung onto stuff because we found it quite difficult to get rid of items that were given to us as gifts.

All of this adds up to clutter. And (I am not at all imagining this) clutter stresses us out. It literally causes us stress. We are minimalists in our minds but our hearts impede that minimalism by making us feel all those reasons we should hang onto things.

For the past couple years, we have been putting more effort into clearing out the clutter and letting go of things that our hearts may be telling us to hang onto while our minds clearly know there’s no purpose to keeping them.

We have decided that if we haven’t used something in a year, it’s better to pass it along to someone who will use it. Chances are we won’t need that exact item at any point in the future but, if we do, we can deal with it then. We have allowed ourselves to let go of many sentimental items by reminding each other that the memories are not stored in the items.

There was a time, not long ago, when we were either “busy” or “crazy-busy” and there was no other way. Even though much of it was fun, the busy nature of doing it all sucked away the enjoyment. On top of that, I put pressures on myself to try to take on additional projects. I didn’t want to let anyone down, so I said yes even when I wanted to say no. I would do things just because we had always done them, out of obligation, or a feeling of tradition, even if we didn’t really enjoy doing them anymore.

Early in 2016, I realized that we were all too busy and too stressed. It wasn’t worth it.

Since then, we have consciously cut out the busy. I dropped nearly all of my extra projects and obligations. The kids take breaks from their extracurricular activities a couple times a year (and only participate in one at a time when we aren’t taking a break). We say no much more often. We try to have more days with free time and fewer days with back-to-back commitments. We even broke some traditions.

It’s been refreshing. I want to make sure we remain conscious of what we commit ourselves to and ensure we leave ourselves enough downtime to recharge between commitments.

Letting go of worry, self-consciousness, and who I thought I would be.

This has been, and will undoubtedly continue to be, the hardest for me — because it’s not as simple as just deciding to let go. These issues are deep-rooted and stem from the anxiety disorders I have struggled with for most of my life. I play out scenarios in my head constantly and worry about all the worst-case possibilities. I worry too much about what other people think of me. I worry too much about what I think of who I thought I would be. I worry about everything, often to the point of being physically unwell.

I thought I would be a certain kind of person, a certain kind of mother, a certain kind of wife. As is often the case, what I envisioned is not the reality. I need to embrace who I am and find small ways to improve upon that reality instead of feeling like a failure for not being the perfect imaginary version of myself that my mind created as the standard.

While I cannot simply decide to “let go” and magically have these thoughts and worries disappear, I can continue to do the hard work necessary to gain control over my anxiety disorders. I don’t know if I will ever be completely free of excessive worry or of being overly self-conscious, but I will continue to make progress in the coming year to try to be the best real me I can be.

And that’s all I can ask of myself. 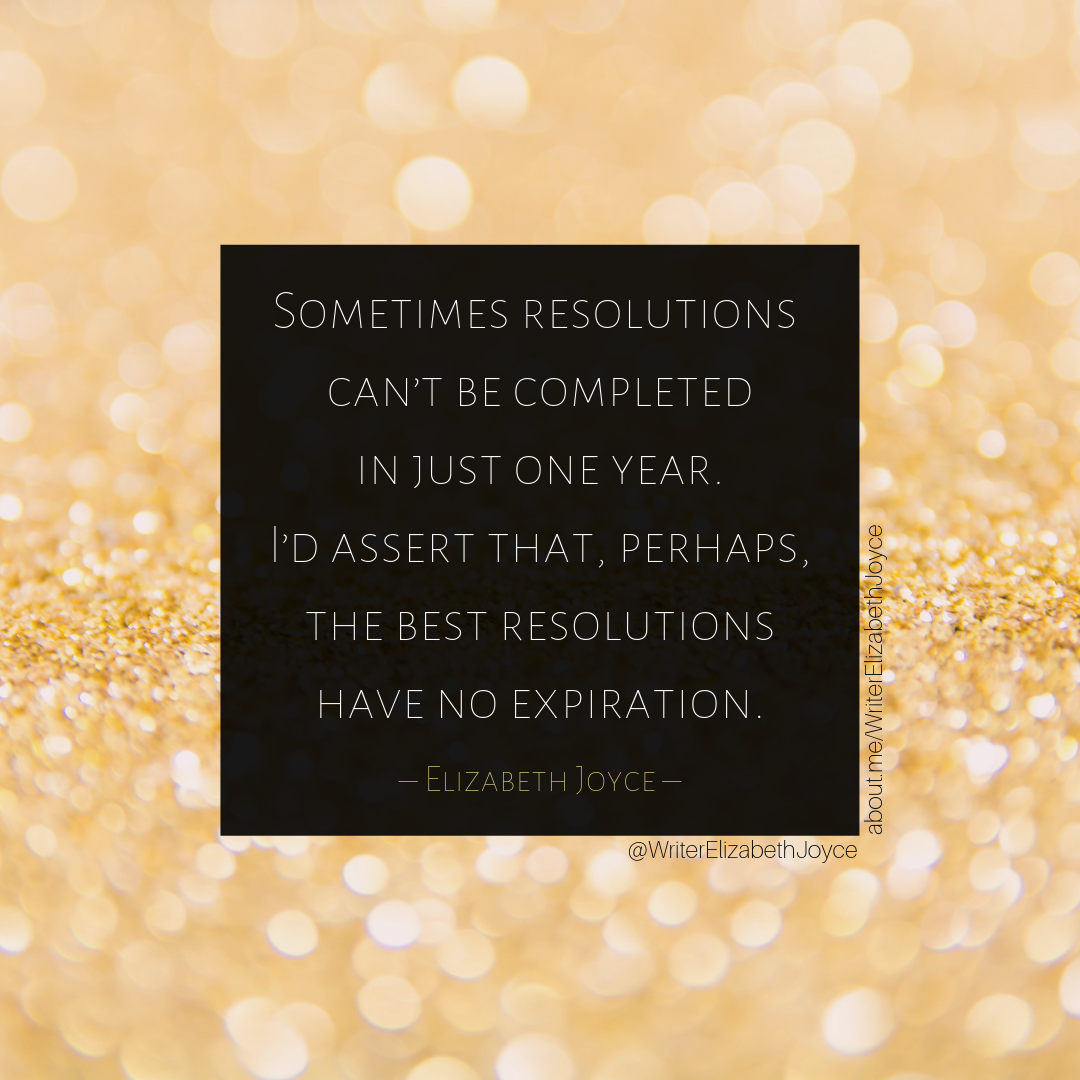 Sometimes resolutions can’t be completed in just one year. I’d assert that, perhaps, the best resolutions have no expiration. Though this resolution was made two years ago, I am still trying “To Master the Art of Letting Go” – it’s a resolution worth keeping year after year!