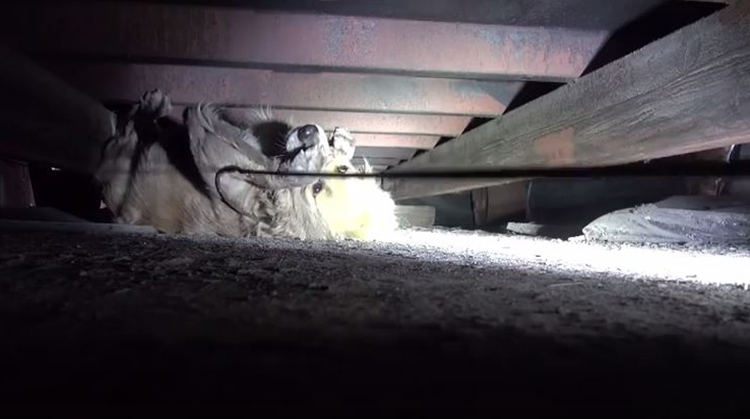 Dog Was Terrified And Completely Stuck, But The Moment His R...

This golden retriever was scared and homeless, wandering the streets for weeks. But when Hope For Paws, an animal rescue organization based in Los Angeles, received a call about her they didn’t hesitate to help.

Clarabelle, the golden, was completely terrified of everything around her. In fact, in the video Clarabelle is so afraid she actually covers her eyes during the rescue “like a frightened child would.”

Although it took the Hope For Paws team countless attempts to accomplish anything with Clarabelle, their persistence finally paid off…she was set free.  Just one look at her face turned my heart to mush.

If you are touched by this amazing rescue and proud of the people at Hope For Paws, share this video today.