If you’ve ever had surgery, you probably know that anesthesia can make people blurt out the craziest stuff.

There’s something about the heavy drugs they give you to render you unconscious that act as a sort of truth serum. Most people don’t even remember the bizarre things they say, but with the new trend of recording loved ones as they emerge from an anesthesia fog, those words can now come back to haunt you like never before! 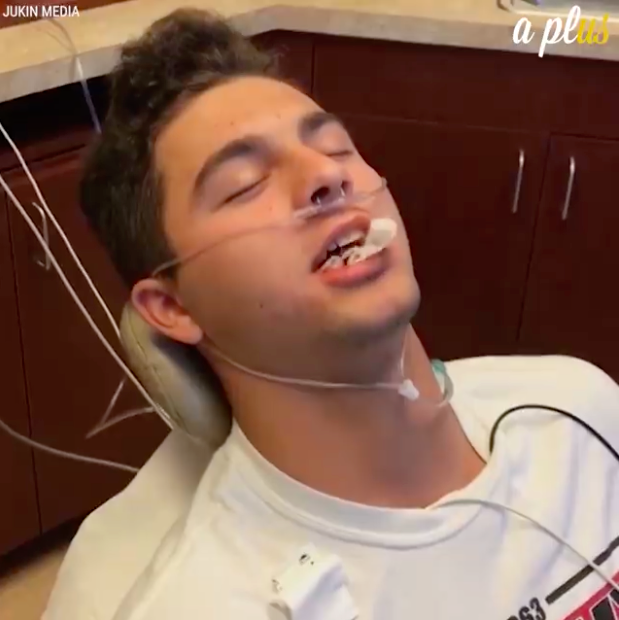 Take Jaden, for instance. Jaden is just 18, but he’s pretty positive that he’s in love with his girlfriend, Nicole. After Jaden had his wisdom teeth removed, a family member started recording video as he drooled into his gauze pads and declared his undying love for Nicole.

All of this would have been fine and dandy, except that Nicole just happens to be the daughter of the dentist who just performed Jaden’s surgery! 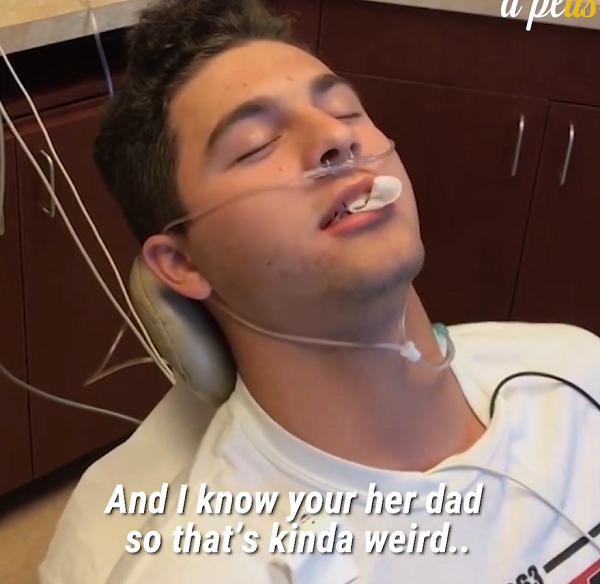 Poor Jaden never even opens his eyes as he chats groggily to the dentist about how wonderful Nicole is. He seems in awe of her many talents, especially her ability to wakeboard and “do all these other things.”

We have to admit that we’re cringing at his words just a little bit, hoping he keeps it clean and doesn’t say something that Nicole wouldn’t want her dad knowing! Luckily it’s all sunshine and daydreams for Jaden, and her dad seems genuinely amused.

“We love you too, Jaden,” the dentist assures him off-camera, and you can hear the laughter in his voice. He’s probably very used to seeing people under the influence of the powerful drugs used in surgery, but when it’s a goofy young kid professing his undying love for your teenage daughter, it’s got to be even more hilarious!

“I just really want you guys to love me too,” Jaden slurs before admitting that he can be “kind of annoying” sometimes. 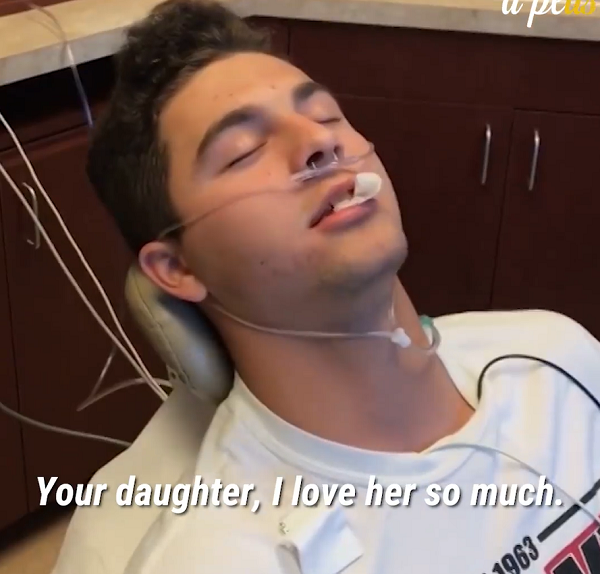 “If you ever see Nicole ever again, please just let her know that I love her so much,” he confides at the end of the clip. Something tells me Nicole found out exactly how he feels about her the minute dad got out of surgery!

As far as confessions go, this one is pretty squeaky-clean. Good job, Jaden’s subconscious mind!

Watch the teen’s funny anesthesia moment in the clip below, and don’t forget to share with someone who’s been there, done that!

Guy Under Anesthesia Professes Love for Girlfriend to Girl's Dad

He'll never live this down