It’s no secret that if you’re looking for a career that will make you rich, education is not the way to go. The good news is many teachers choose the profession out of passion, leaving students in the best possible hands.

This is certainly the case with science teacher Cesar Punzalan, who works at the Immaculate Heart of Mary School in the Philippines. The veteran teacher walks five miles a day to get to work. His class decided he deserved their gratitude and got him a gift — one that left Cesar in tears. 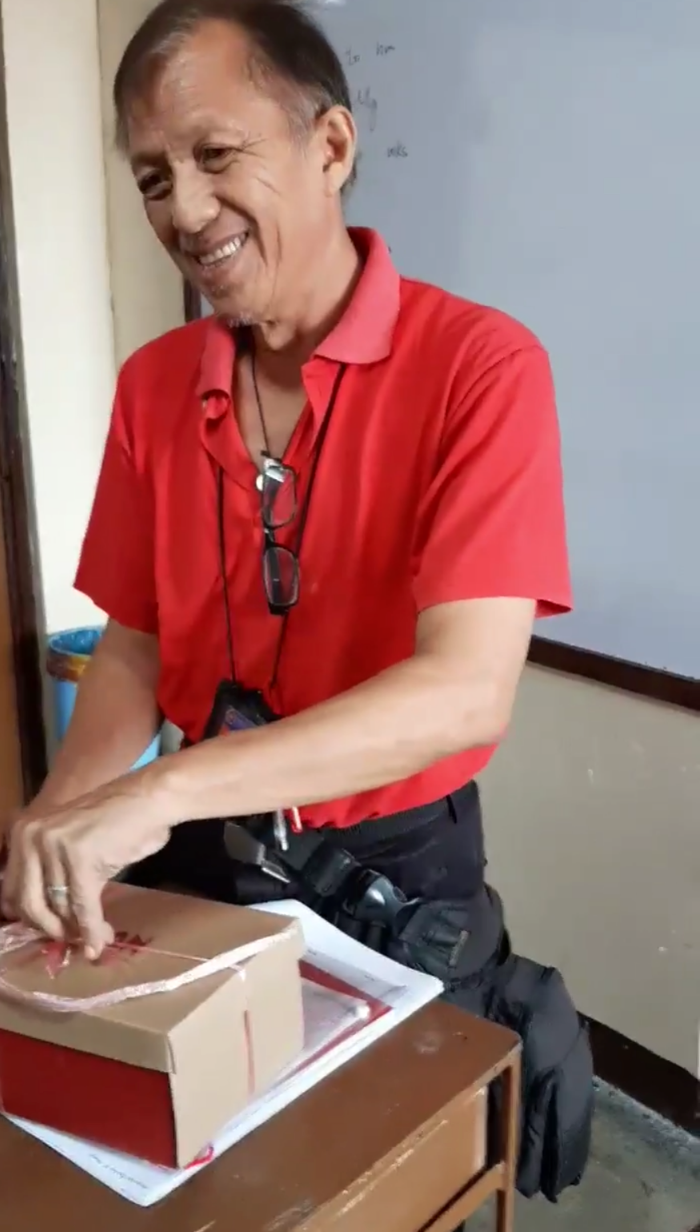 The 50-year-old walks for two hours a day just to get to school and back in shoes with holes in them. With his low salary and all his extra money going toward the care one of his own children who is unwell, he couldn’t afford to replace his worn-out footwear.

When Cesar’s students realized his sacrifice, they wanted to help. So as a combined thank-you and graduation gift, his 12th graders grouped their money to surprise him with a new pair of shoes. 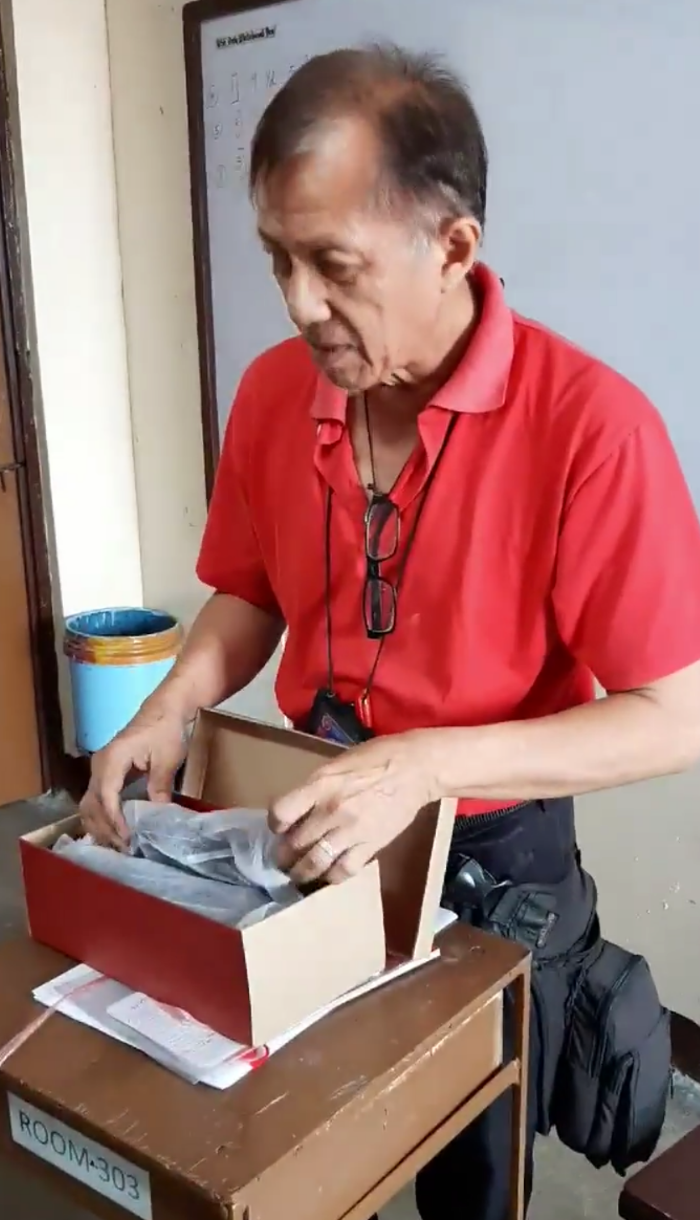 Student Mary Ann Claire Garcia filmed the surprise on her phone, which her mom, Michelle Legaspi, later posted on Facebook. In the recording, a student tells his teacher, “That’s just our way of helping you a little bit. That’s nothing compared to what you have done for us and taught us.”

As Cesar slowly opens the gift, he tells his students he’s not looking for “rewards” as a teacher. But the moment he sees the thoughtful item they chose, he becomes emotional. As he soaks in their sweet gesture, the teacher says, “You didn’t have to do this. Why did you spend your money? In my profession as a teacher, I don’t expect anything in return.” 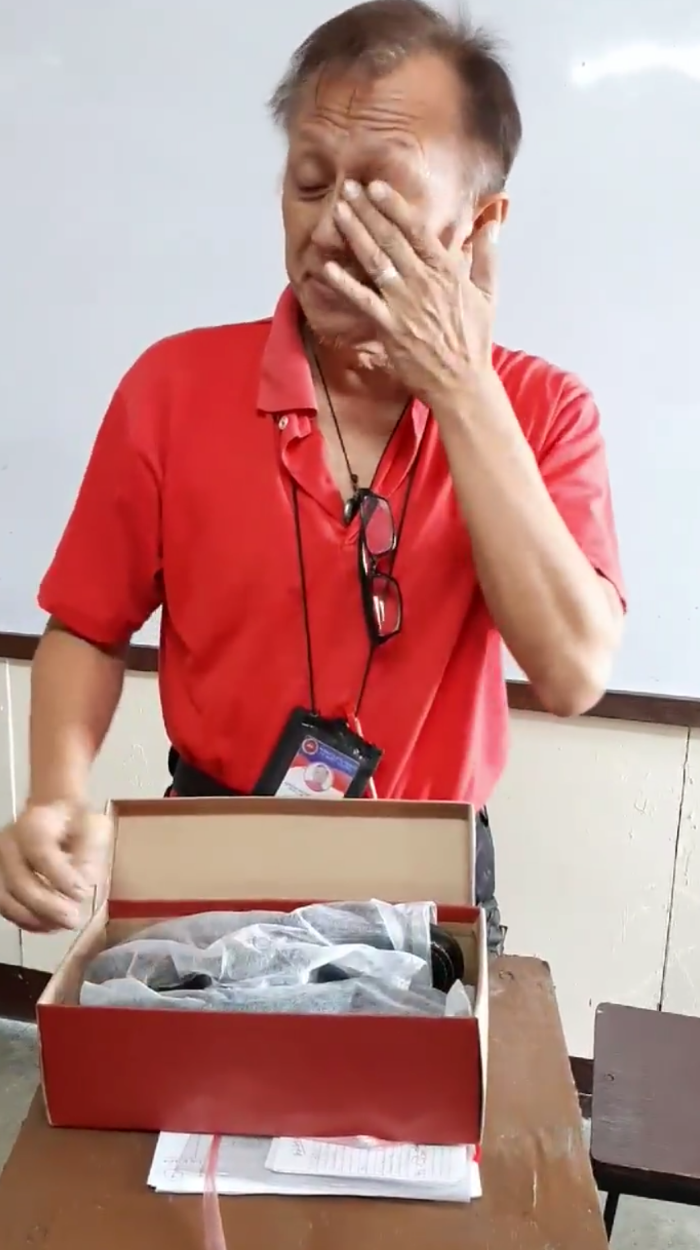 According to Mary, Cesar continued to cry after she stopped filming because he was so overwhelmed. She added that everyone in the class contributed to his surprise because they wanted to thank him for being “so dedicated to his job.”

The video has since gone viral with more than 1.2 million views and 28,000 shares. People everywhere are touched by this humble teacher’s impact on his students and the sacrifices he makes all the time to teach them. And why wouldn’t they be? Cesar’s devotion and love for his students is a beautiful thing to see! 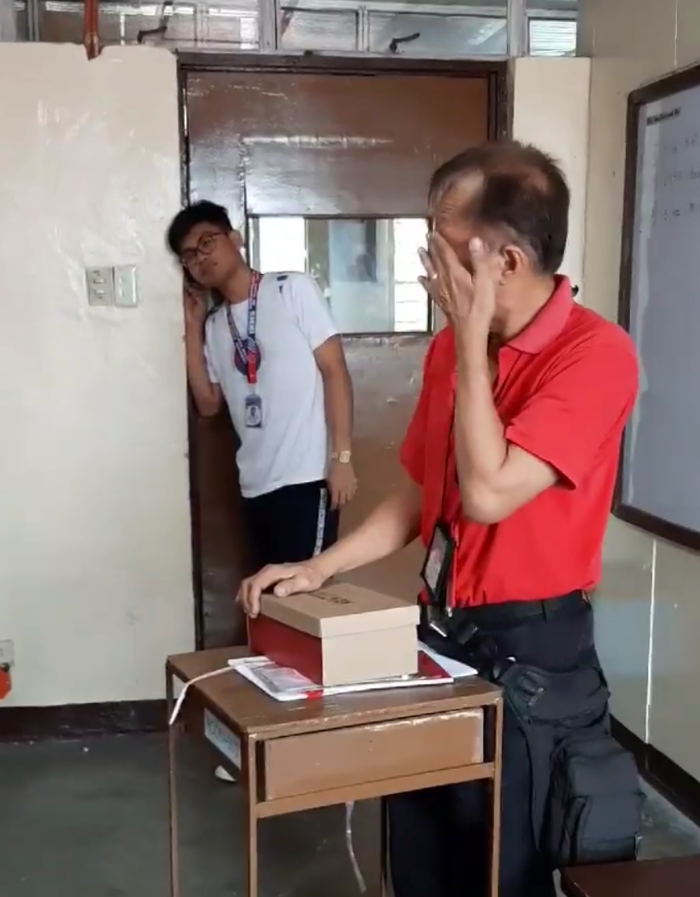 Check out the sweet surprise in the video below, and be sure to share this story with your friends!