Sometimes it just takes one bad apple to ruin the rest.

Nickole Jones of Downey, California, put up a “Nightmare Before Christmas” display with her family for years until a robbery left her without the heart to continue. 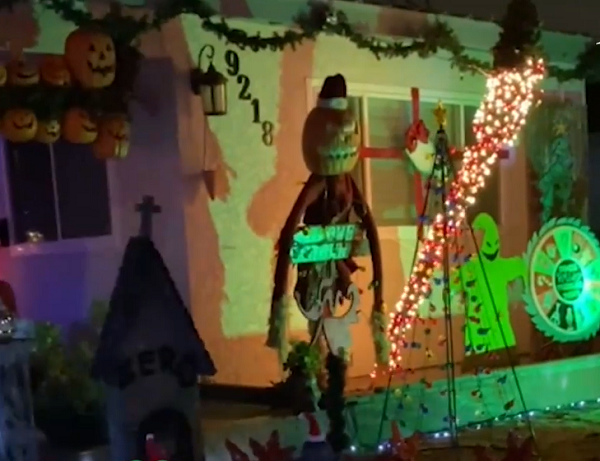 The tradition started because of Nickole’s children. “The kids loved seeing the lights,” she explained. “We would always go out and find light displays to watch, so we decided to take my love of ‘The Nightmare Before Christmas’ with traditional Christmas and make a display that was different and interesting.”

They definitely succeeded! The display became so popular that it won several citywide awards and brought people from miles away, but this year, Nickole decided to keep the unique decorations in their boxes for the saddest of reasons.

“We had five pieces stolen last December before Christmas, and in that moment I vowed to never do the display again,” the mother of four said. “I was so angry and violated and thought, ‘Why am I working so hard for someone just to come in and steal our hard work?'” 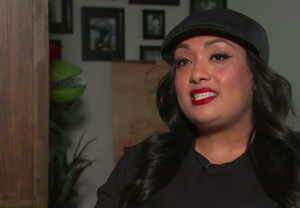 But everything changed when Nickole opened her mailbox in October and found a letter written by a 9-year-old stranger.

Santaigo Macias said he lived nearby and has always admired their display. When he heard what happened, the fourth grader was moved to take matters into his own hands.

So he saved up his chore money until he’d earned $20 to contribute to the Jones family. Then he sat down to ask them to reconsider. “Ever since those people stole your decorations, I have been very sad,” he wrote. “I think you should not stop decorating because I love your house, and I know children love it too.” 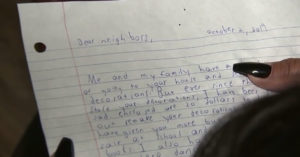 As soon as Nickole finished his letter, something changed. “I instantly thought, ‘We have to do this, even if it’s just for him.'”

So she got to work replacing the stolen decorations and trying to find the little boy who’d altered her outlook. After a month of searching, she found Mary Macias, his mother, on Facebook and reached out to see if the Macias family would come by when they turned the decorations on for the first time.

They gladly agreed! And as Nickole’s home burst into sound and color, Santiago couldn’t help but cry out with delight. “Oh my God!” he said. “It’s so pretty!” 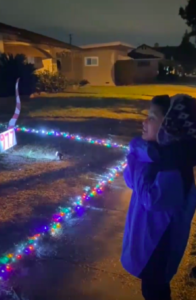 Just as it only takes one person to ruin your day, it also takes one to turn everything around! Thank you, Santiago, for reminding the Jones family how much kindness there is in the world.

Share this story to encourage people to be the good they want to see.