Anyone suffering from a lack of motivation need look no further than Hunter Wallace for inspiration.

Born three months premature with cerebral palsy and weighing just two pounds, the high school senior from Texas has had more than his fair share of challenges in life. But despite his physical limitations, what he’s accomplished proves nothing can hold him back from pursuing his dreams. 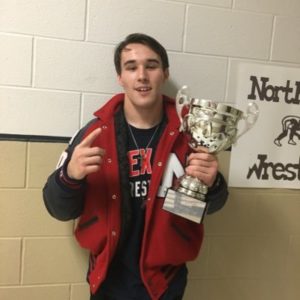 Hunter has been through countless surgeries and had to use a walker until he was in the seventh grade. That’s when he says he got rid of it. “I told my mom and dad I’m done with it and didn’t want it anymore,” he said. He knew he was capable of great things, cerebral palsy or not. Now he’s the captain of the wrestling team at Justin Northwest, where he also lifts weights. He probably had no idea recent footage of him doing squats in the school’s weight room would inspire thousands. 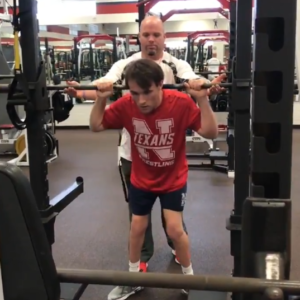 On February 28, the school’s wrestling coach, Jessica Fresh, uploaded the video to Twitter with the caption, “What’s your excuse?” We see Hunter getting into position to perform barbell squats, which he totally nails with minimal help from his spotter. 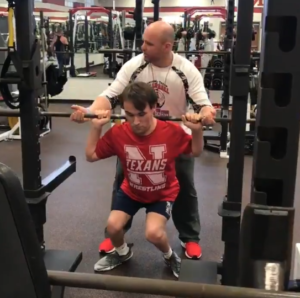 Hunter was stunned by the online response. His video was retweeted hundreds of times and received thousands of likes. Every comment he got was positive and cheered him on. “It’s amazing I’ve touched so many people’s lives that I don’t even know. You can do whatever you set your heart and mind to even with challenges in your life,” Hunter said. 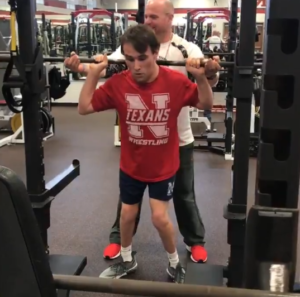 “One of the biggest things that’s happened in my life was being called a team captain. I put so much heart into getting that,” he added. “I like being an inspiration for my team and showing them even though you go through adversity in your life, you can push through and defeat it, and achieve success in whatever you do.”

But Hunter’s dreams reach much further than high school wrestling. When he graduates, he plans to attend college and study sports marketing. He even says he’s interested in working with NASCAR. Whatever he chooses to do, one thing is for sure: he’ll rock it!

Watch Hunter below and share this story to encourage others facing challenges in their lives.

Our pets are some of the most important companions we have in life, which is exactly why they shouldn't be excluded from the gifting portion of the holiday season. Whether...