Stacy Kimmel has had a lot of time to think about her bucket list.

Five years ago the Pasadena, California mother was diagnosed with brain cancer and given just 2 months to live. Sadly, she’d been on the receiving end of such terrible news before. Eight years prior to her diagnosis she’d had breast cancer that reoccurred for years, requiring endless surgeries, radiation, and chemotherapy. 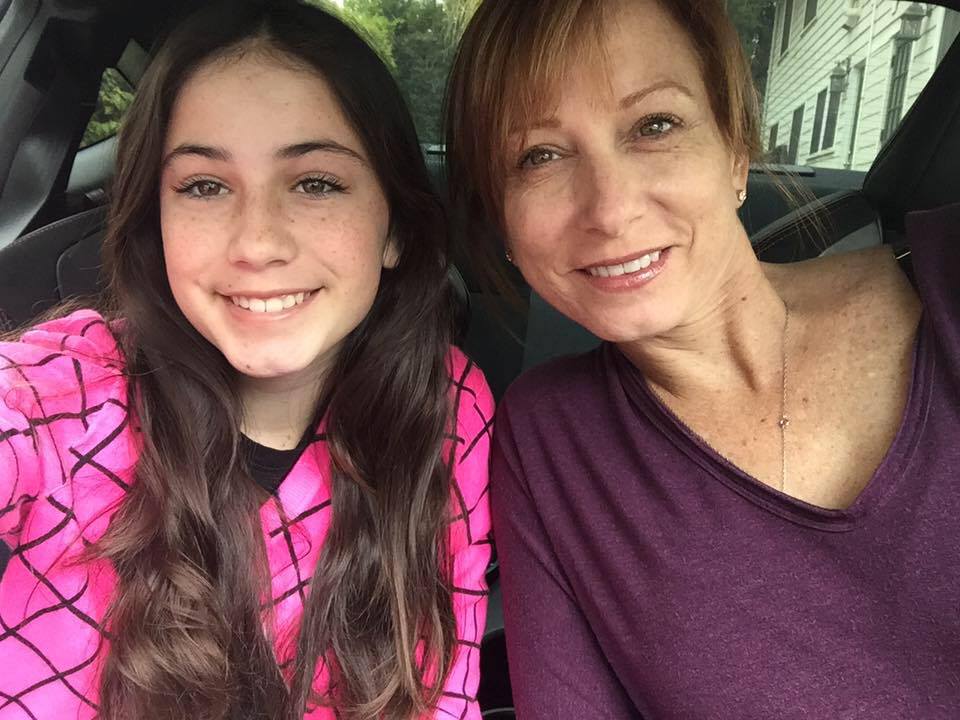 But Stacy is a fighter. She resolved over and over to battle the disease with all she has. “I want to be around for my kid,” she explained. “I want her to have memories of having a mom.”

Brain cancer is Stacy’s 7th bout with cancer, but in spite of the fear and pain involved she remains as optimistic as ever. Her story has inspired everyone she meets. As the City of Hope was preparing their float for the Rose Parade in Pasadena on January 1st, they sought out people who best represent the ceremony’s theme of “The Power of Hope. Naturally, Stacy was the perfect fit to ride in the parade and show the world that in spite of it all, there is always hope.

Stacy was thrilled to be asked to ride in the float. “Who doesn’t want to be on a float?” she said. “That’s a bucket list item. I know that’s a weird thing to say right now, but that’s on the bucket list that everyone wants to do.”

Unfortunately, when parade day came Stacy was too sick to participate. “I was pretty crushed. I really wanted to do this.” That’s when a nonprofit called Foundation for Living Beauty stepped in to make sure Stacy got the “queen for a day” treatment she deserves. 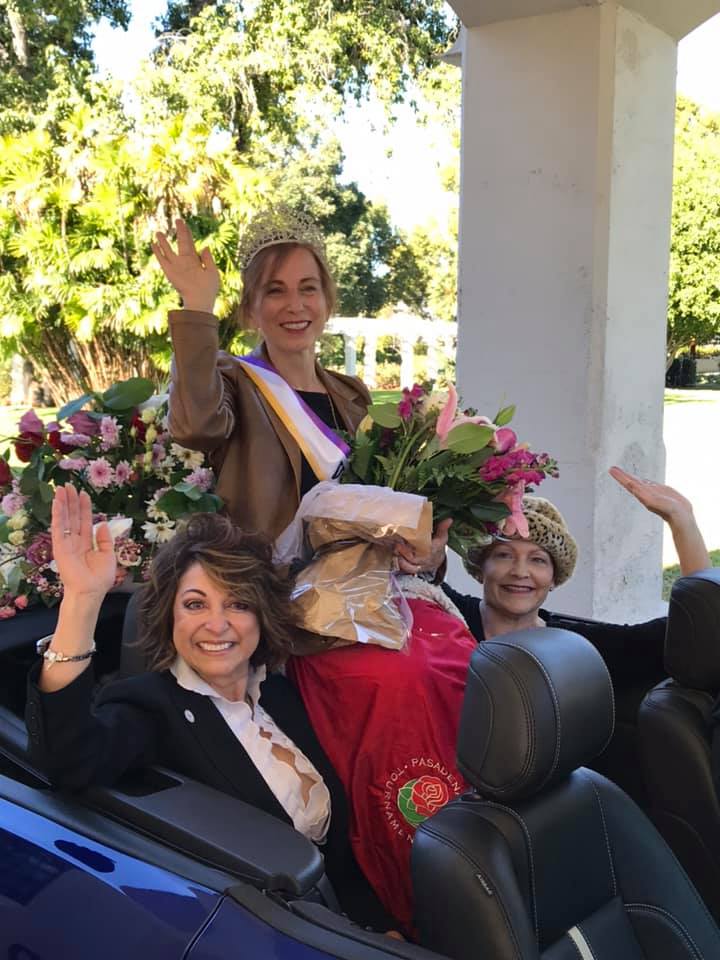 A few days after the Rose parade forces from all over the city came together to make a special parade just for Stacy. The Pasadena Police Department was there, and multuple area businesses donated their services and products to make the day special for this survivor. Stacy, wearing a special tiara and carrying a bouquet of donated flowers, rode in a Mustang convertible that traveled the same route as the parade. Pictures from the big day show that she was beaming with joy the entire time.

“Stacy was chosen to ride on the City of Hope float in the 2020 Rose Parade,” the Foundation for Living Beauty wrote on Facebook. “Unfortunately, at the last minute, Stacy’s health prevented her from participating. Today, our Living Beauty community rallied to give Stacy her very own unforgettable parade.”

“You wake up and you have this opportunity,” Stacy said of her magical moment. “And look what happens. I’m queen for the day.” 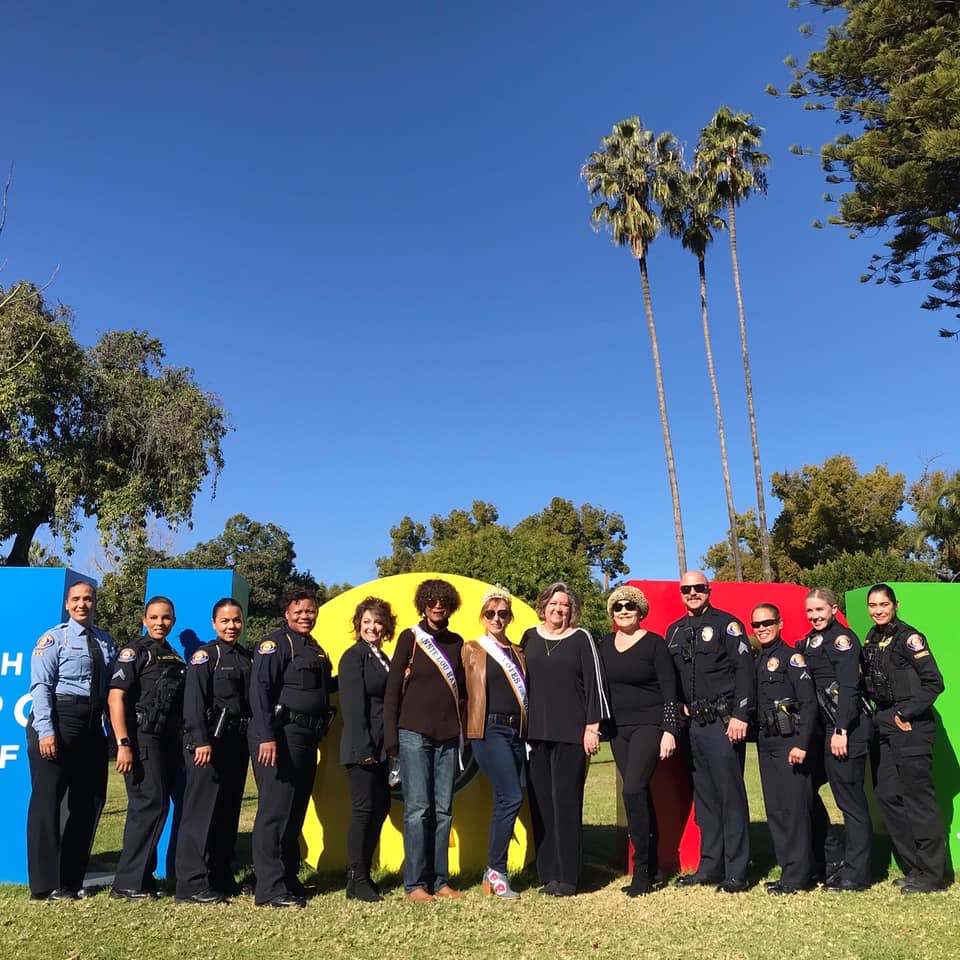 This is a wonderful way to rally behind a community member while also showing us a true face of hope. Stacy is in the fight of her life right now. Just knowing how much she is inspiring those around her with her courage and grace under pressure has to give her extra strength!

Watch Stacy’s special parade in the video below, and don’t forget to share this story.

6 time cancer survivor Stacy Kimmel missed her chance to ride on @cityofhope float because she was ill so @LivingBeautyOrg @PasadenaPD and @RoseParade staff gave her a mini parade do over today. Her inspiring story @NBCLA 6:20pm tonight pic.twitter.com/bY2q0DDKuh