As far as Lee Loechler is concerned, the love he shares with Sthuthi David is nothing short of a fairy tale romance.

The couple started as high school sweethearts before going their separate ways to attend college. But they knew they were meant to be when they reconnected 10 years later. It didn’t take long for Lee to realize he wanted to spend the rest of his life with this woman. So the Boston filmmaker spent months planning a proposal worthy of a princess. 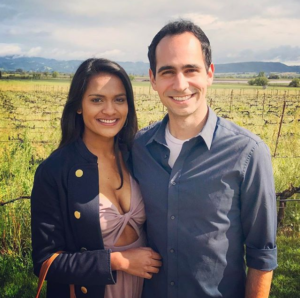 On December 30, the couple enjoyed a special screening of Sthuthi’s favorite movie, “Sleeping Beauty” at the Coolidge Corner Theatre in Brookline, Massachusetts. But in the scene where the prince awakens the princess with a kiss, Sthuthi notices something is definitely off. 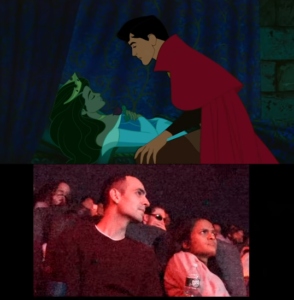 Both characters sport dark hair, and the prince has an uncanny resemblance to the man sitting beside her. Lee can’t help but grin as a look of confusion spreads over his girlfriend’s face. 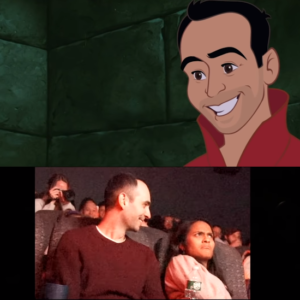 The princess looks oddly familiar herself, and as she wakes, the prince opens a ring box…. then tosses it off screen, where Lee stands and catches it!

Then, Lee gets down on one knee in front of a shocked Sthuthi as their lookalikes watch and smile.

“It’s not every day you get to propose to your high school sweetheart,” he says.

As Sthuthi looks behind her, she realizes they’re surrounded by their friends and family.  Lee had thought of everything, from recruiting fellow Reddit users to fill the seats, hiding their loved ones, to commissioning custom illustrations from artist Kayla Coombs. He spent six months animating the cartoon versions of themselves into the Disney classic, all leading up to this unforgettable moment.

“I love you with my whole heart, including all of its ventricles, atriums, valves — she’s a cardiologist,” Lee says. “Sthuthi David, M.D., will you live happily ever after with me?” 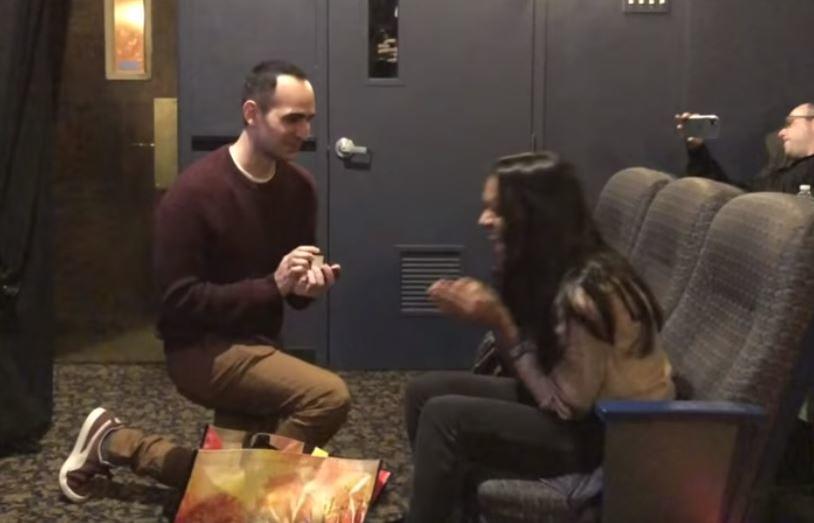 Of course, Sthuthi say yes, and the entire theater rejoices as “Once Upon A Dream” plays in celebration. Lee couldn’t have been happier with how it all turned out.

“The only thing better than seeing the smartest person I know completely dumbfounded was knowing we’d get to live happily ever after together,” Lee wrote. 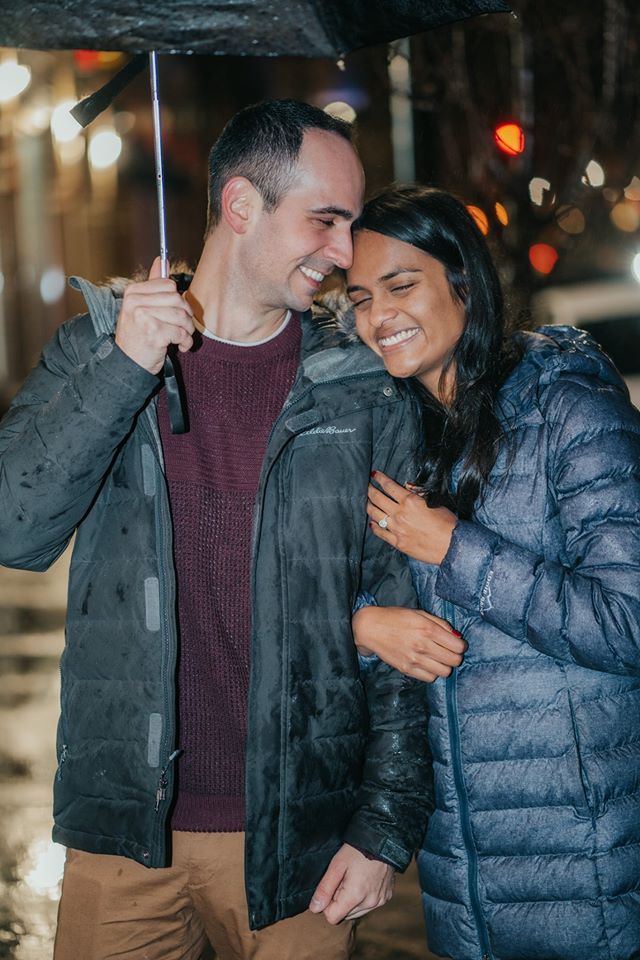 We can’t decide if this proposal is more creative or romantic! Either way, Lee definitely set the bar high for future proposals. What an incredibly thoughtful (and adorable) gesture of love! 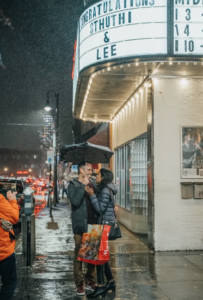 Watch the proposal play out below, including Lee’s hilarious alternate ending in case Sthuthi said no. Share with other Disney lovers!